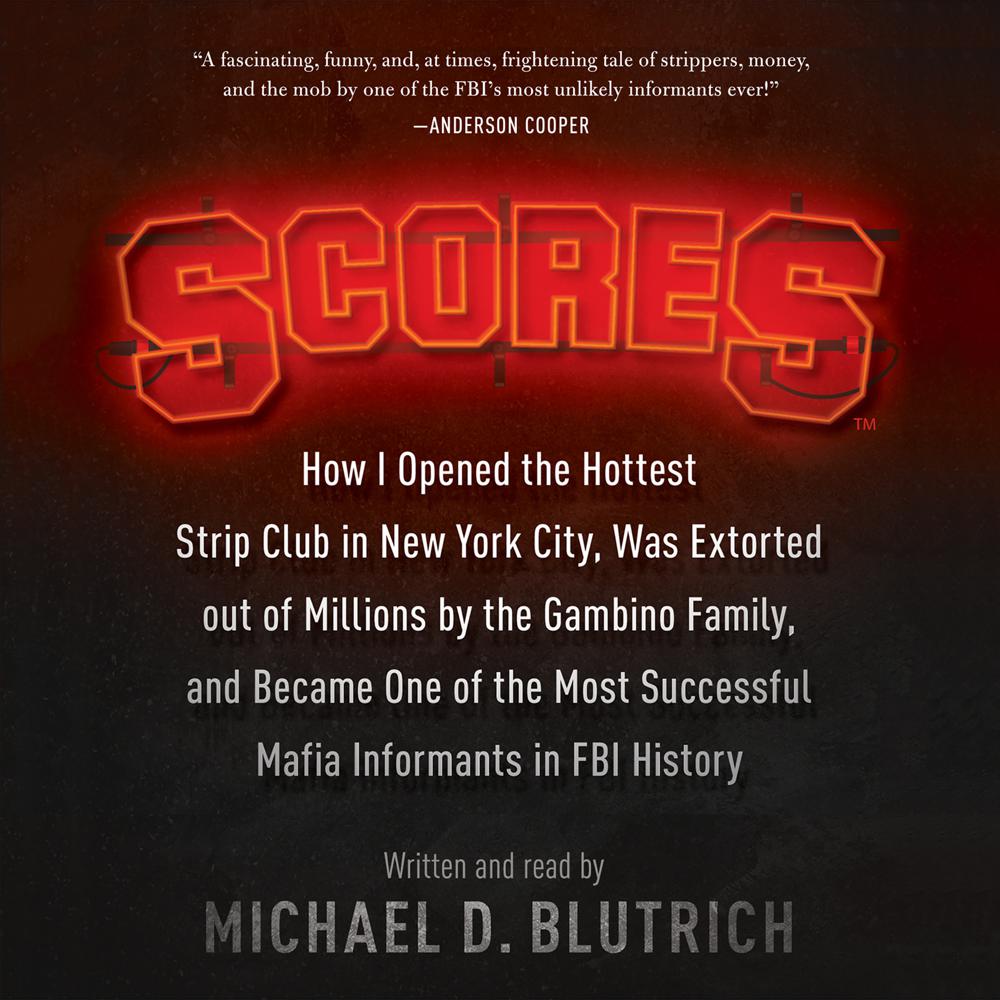 All Blutrich wanted was to lay low, make the club a success, and put his criminal acts behind him. But then the Mafia decided to make Scores a new home for its own illegal dealings. And just when success was booming to new heights, the FBI came knocking.

Scores, with its popular slogan, “Where Sports and Pleasure Come Together,” became wildly popular, in part thanks to Blutrich’s ability to successfully bend the rules of adult entertainment. It was the first club in Manhattan to feature lap dancing by ignoring laws requiring dancers to perform on pedestals and remain six feet away from patrons. He also figured out how to neatly sidestep statutes requiring topless dancers to wear pasties by covering the offending areas of their breasts with latex paint. His formula worked, and Scores grew into the hottest club in Manhattan, frequented by sports superstars, Oscar-winning actors, television icons, Grammy-winning singers, and political notables alike. On any given night, stars such as Leonardo DiCaprio, Howard Stern, and Madonna were among the famous faces in the crowd, and Scores became a favorite of the New York club scene.

Unfortunately for Blutrich, it would all soon implode.

Scores was located in a neighborhood controlled by the Gambino crime family, and it soon became a hotbed for illicit mob activity, culminating in a double murder that left two of his employees dead. When federal prosecutors started sniffing around for potential crimes at the club, he went from carefree club owner to undercover spy in a heartbeat.

To obtain maximum leniency for his own insurance fraud, Blutrich became an unlikely but highly successful undercover FBI informant. By wearing body wires and placing ceiling cameras in his offices, he was eventually credited by the government with more than thirty Mafia convictions, including a crime-family head and associates from multiple international families. For his cooperation, the Department of Justice and the FBI assured him he would avoid any significant jail time.

Or that’s how it was supposed to go, at least.

Here Michael Blutrich tells it all: recording armed gangsters in the act of committing felonies, repeatedly evading discovery through amazing stealth, living with death threats that included brandished weapons and body searches, revealing long-covered-up celebrity doings, enduring a psychotic break from the imposed pressures, and losing everything in his life in the name of earning redemption.

“A fascinating, funny, and, at times, frightening tale of strippers, money, and the mob by one of the FBI’s most unlikely informants ever!”

“This book has it all—mobsters, strippers, extortion, G-men, and one unlikely FBI informant. Michael Blutrich has told a riveting tale.”

“Blutrich became the least likely undercover agent the FBI ever had…But he kept his eyes open and his sense of humor and the result is this great read.”