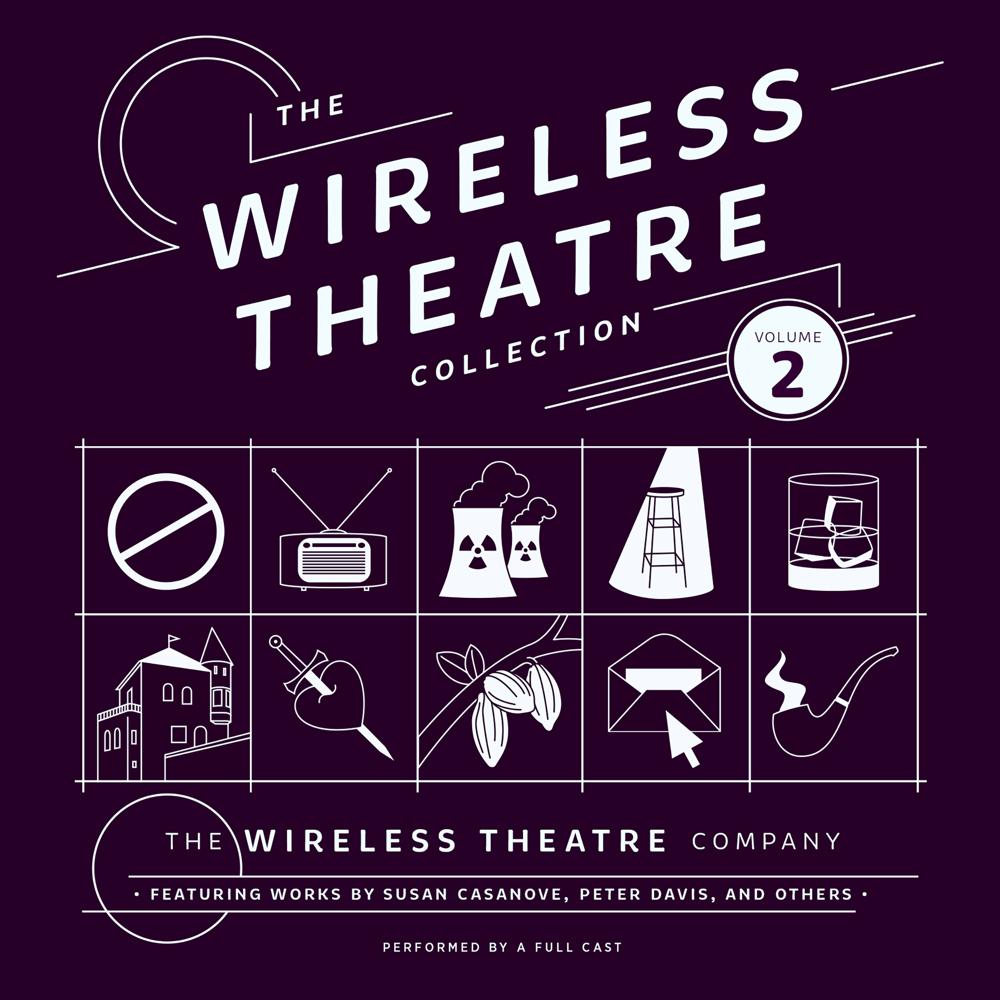 From the hilarious to the terrifying, this diverse collection features ten Wireless Theatre productions in a single volume:

We Are the BBC by Susan Casanove, directed by Jack Bowman

Rob Sterling Davies is on the crest of a wave—and apparently Stephen Fry’s new best friend. But all isn’t quite as it seems.

We Are Not the BBC by Susan Casanove, directed by Jack Bowman

Things start to look up for the members of an amateur dramatics society when a visiting celebrity steps in and plays the lead role.

No Cause for Alarm by Gareth Rubin

No Cause for Alarm is a silly play. It has no comment to make about the human condition, love in the twenty-first century, or the Iraq war.

Stage Fright charts the struggle for supremacy between three actors appearing in a play together.

The Mighty Carlins by Collin Doyle, directed by Paul Blinkhorn

On the anniversary of his wife’s death, Leo Carlin and his two sons come together for their traditional night of sharing good and bad memories.

The “Bloody Lady of Cachtice” was bricked up in her own castle for murder. Why then does the young Katya want a job looking after the countess?

It’s Valentine’s Day, but events turn less than romantic when one of the members of a dating site is murdered.

When Connie’s beloved husband Jack dies, Connie hopes that her only son, Gary, will console her. Gary, however, has other plans.

Emails from Abroad by Julia Messenger and Shirley Mawer

Emails from Abroad is a play based on travels abroad relayed by emails between the ingenuous first-time traveler and her disillusioned home-bound sister.

The Trial of Sherlock Holmes by Peter Davis and Matthew Woodcock

Charged with endangering the public, Holmes is forced to relive some of his most bizarre cases.

“The judges loved the refreshing nature of these online (radio) dramas…They were impressed with the high production values and creative use of audio and also enjoyed the use of live recordings. Judges also noted the impressive lineup of professionals working with the company.”