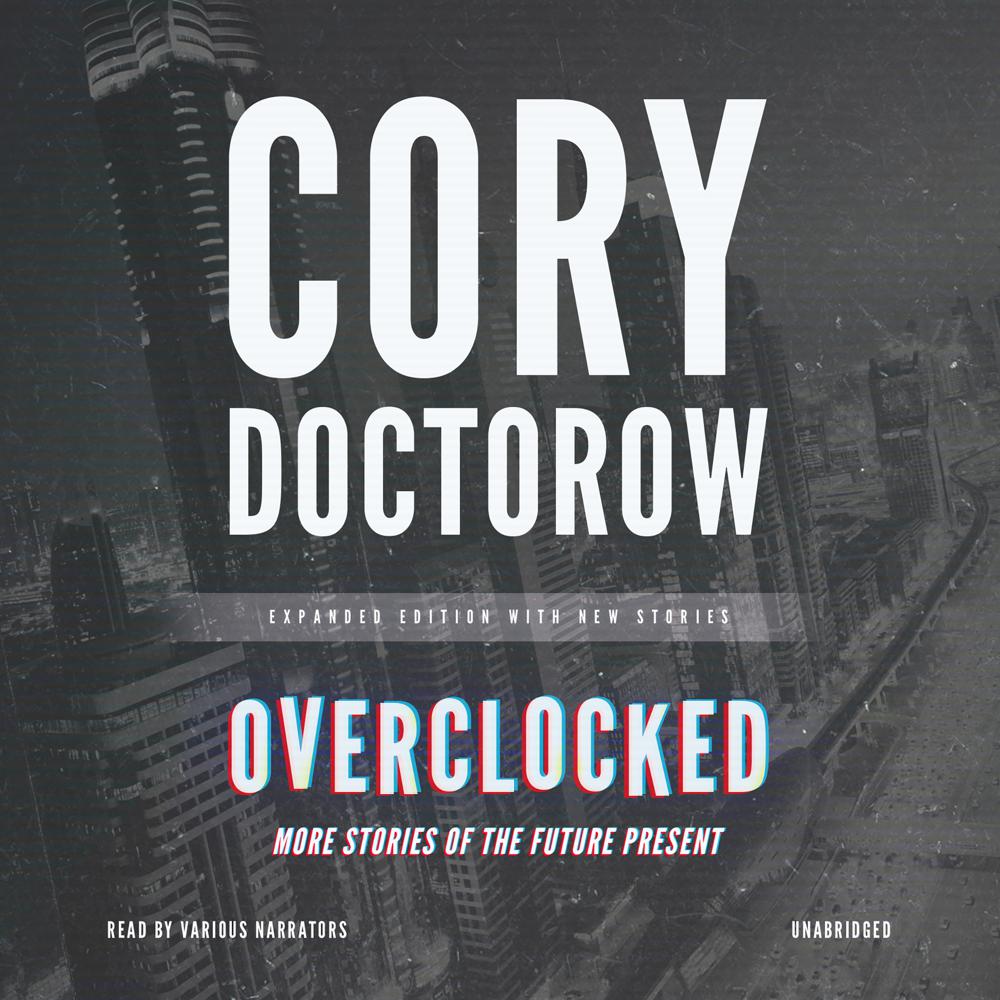 Now available for the first time with two additional stories!

Have you ever wondered what it's like to be bitten by a zombie or live through a bioweapon attack? In Cory Doctorow's collection of novellas, he wields his formidable experience in technology and computing to give us mind-bending sci-fi tales that explore the possibilities of information technology—and its various uses—run amok.

"Anda's Game" is a spin on the bizarre new phenomenon of "cyber sweatshops," in which people are paid very low wages to play online games all day in order to generate in-game wealth, which can be converted into actual money. Another tale tells of the heroic exploits of "sysadmins"—systems administrators—as they defend the cyberworld, and hence the world at large, from worms and bioweapons. And yes, there is a story about zombies too. Plus, for the first time, this collection includes "Petard" and "The Man Who Sold the Moon."

“Cory Doctorow straps on his miner’s helmet and takes you deep into the caverns and underground rivers of pop culture, here filtered through SF-colored glasses. Enjoy.”

“Just as Heinlein, Asimov, and Clarke were at the vanguard of the genre in the ’50s, ‘60s and ‘70s, Doctorow explores revolutionary—and visionary—territory with every new novel and short story he publishes. Other authors may be considered at the cutting edge of the genre: Doctorow is the cutting edge.”

“This collection shows a stunning talent coming into his own, balancing good storytelling and contemporary technology near perfectly…These stories reflect a wicked sense of humor, clear knowledge of contemporary problems, and an understanding of the way good SF works.”

“Doctorow’s intimate knowledge of the techno-cyberculture gives his stories more credibility than a casual reader might think: it doesn’t take a hardcore SF fan to believe that zombies, invisible ants, a 3D-printer world, video-game sweatshops, and global catastrophe may be lurking just around the corner…All of the tales contain provocative scenarios and believable, nonconformist protagonists. Smart, entertaining, and at the vanguard of the genre.”

“He sparkles! He fizzes! He does backflips and breaks the furniture! Science fiction needs Cory Doctorow.”

“Doctorow’s sci-fi collection explores the best and worst of the future of technology. Read by a variety of talented narrators…Most of the narrators succeed in blending Doctorow’s sf premise seamlessly with the human experiences at its core. Standouts include ‘After the Siege,’ read by Emily Woo Zeller, who conveys the anger, loss, and determination of Valentine as she goes from carefree child to war-weary teen during the siege of her city. R. C. Bray does an effectively unflappable, deadpan cop about to crack under the strain when his daughter goes missing in ‘I, Robot.’ Most sf fans will find something to enjoy in this excellent collection.”