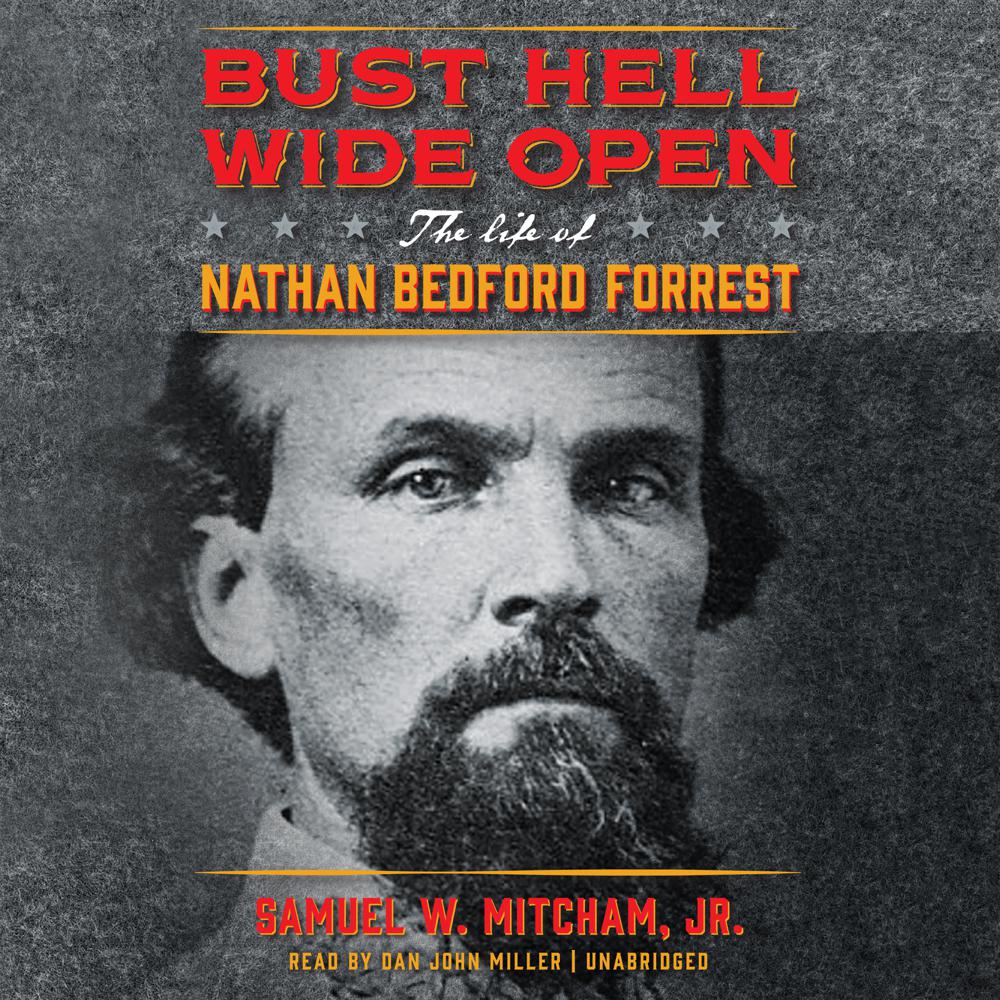 An intimate biography of Nathan Bedford Forrest, arguably the most interesting figure to emerge from the Civil War—widely admired as a military genius

At fourteen he became the head of his impoverished family, responsible for feeding eleven on the rough American frontier. By thirty-nine he had established himself as a successful plantation owner worth over $1 million. And at forty years old, Nathan Bedford Forrest enlisted in a Tennessee cavalry regiment—and became a controversial Civil War legend.

The legacy of General Nathan Bedford Forrest is deeply divisive. Best known for being accused of war crimes at the Battle of Fort Pillow and for his role as first grand wizard of the Ku Klux Klan—an organization he later denounced—Forrest has often been studied as a military figure, but never before studied as a fascinating individual who wrestled with the complex issues of his violent times. Bust Hell Wide Open is a comprehensive portrait of Nathan Bedford Forrest as a man: his achievements, failings, reflections, and regrets.

“Narrator Dan John Miller does well performing this account of the life of the controversial Confederate general Nathan Bedford Forrest. The author presents Forrest as a person with his own strengths, weaknesses, failings, and triumphs. Although Forrest is now known primarily for his leading role in the KKK during Reconstruction, he was, among other things, a self-made man who was amazingly industrious and a military genius without any formal military training. Miller affects a subdued Southern accent when reading this work. His pace is deliberate and steady, making this production easy to follow. He is quite expressive in reading quotations as well as narrative, ably affecting various accents.”