Origins of Everything in 100 Pages (More or Less)
David Bercovici 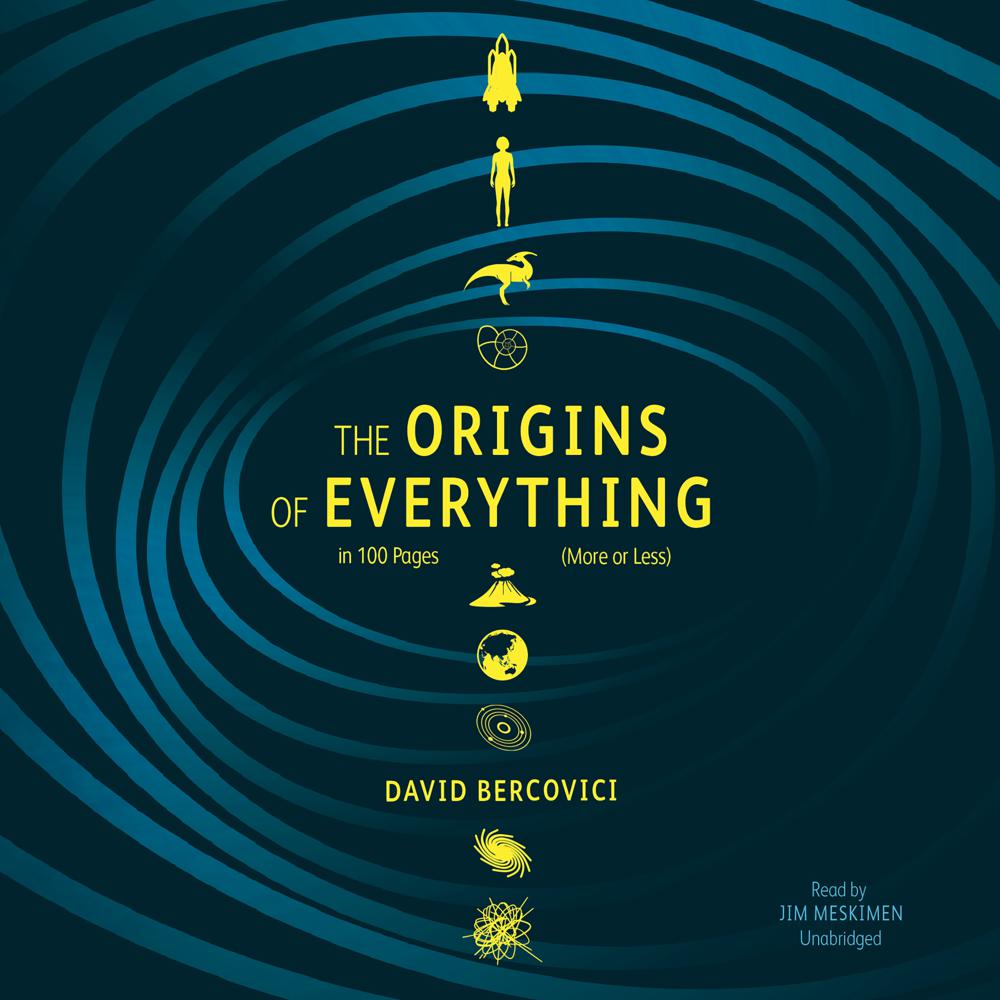 Covering 13.8 billion years, a calculatedly concise, wryly intelligent history of everything, from the Big Bang to the advent of human civilization

With wonder, wit, and flair—and in record time and space—geophysicist David Bercovici explains how everything came to be everywhere, from the creation of stars and galaxies to the formation of Earth’s atmosphere and oceans to the origin of life and human civilization. Bercovici marries humor and legitimate scientific intrigue, rocketing listeners across nearly fourteen billion years and making connections between the essential theories that give us our current understanding of topics as varied as particle physics, plate tectonics, and photosynthesis. Bercovici’s unique literary endeavor is a treasure trove of real, compelling science and fascinating history, providing both science lovers and complete neophytes with an unforgettable introduction to the fields of cosmology, geology, climate science, human evolution, and more.

“Explaining life, the universe, and everything in 100 pages may be a tall order, but physicist and volcano enthusiast Bercovici rises to the challenge…Origins delivers on its promise—and (bonus!) it’s even fun to read.”

“For determined minds hoping for cogent, clever explanations for what we know of the history of the universe, Bercovici nails it.”

“Narrator Jim Meskiman turns the material into an energetic science lecture, which is appropriate since a Yale course inspired the book. Meskiman’s clear, nuanced delivery and Bercovici’s writing elucidate in a fresh way. Listeners may find themselves pondering ideas such as their own births as atoms in giant stars.”

“We are stardust. David Bercovici’s ‘pocket guide’ to the universe unpacks that beautiful truth.”

“Written with verve and a sense of humor.”

“You cannot help but love Bercovici for unfolding the story of the universe in what feels like a friendly conversation…His self-effacing humor belies a world-class depth of expertise.”