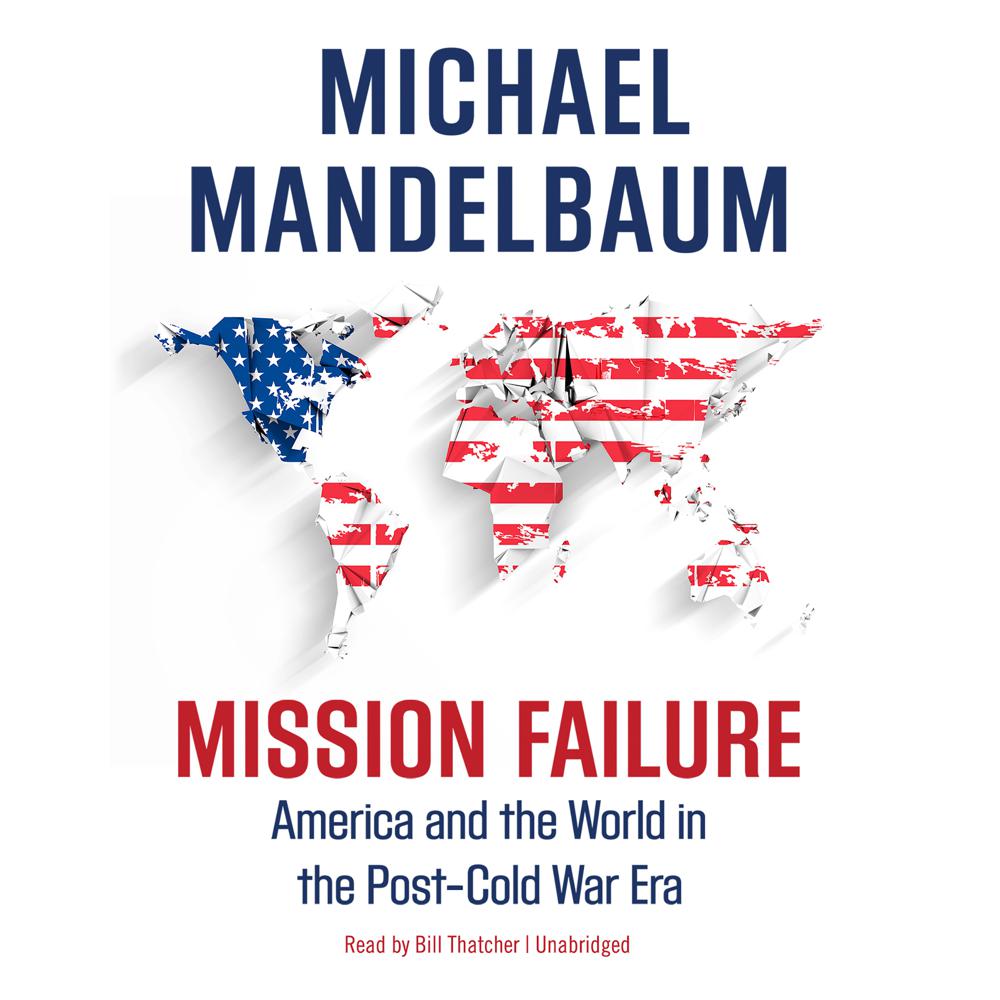 In Mission Failure, Michael Mandelbaum, one of America’s leading foreign policy thinkers, provides an original, provocative, and definitive account of the ambitious but deeply flawed post–Cold War efforts to promote American values and American institutions throughout the world.

In the decades before the Cold War ended, the United States used its military power to defend against threats to important American international interests or to the American homeland itself. When the Cold War concluded, however, it embarked on military interventions in places where American interests were not at stake. Somalia, Haiti, Bosnia, and Kosovo had no strategic or economic importance for the United States, yet the US intervened in all of them for purely humanitarian reasons. Each such intervention led to efforts to transform the local political and economic systems. The invasions of Afghanistan and Iraq turned into similar missions of transformation—none of them achieved its aims.

Mission Failure describes and explains how such missions came to be central to America’s post–Cold War foreign policy, even in relations with China and Russia in the early 1990s and in American diplomacy in the Middle East, and how they all failed. Mandelbaum shows how American efforts to bring peace, national unity, democracy, and free-market economies to poor, disorderly countries ran afoul of ethnic and sectarian loyalties and hatreds as well as foundered on the absence of the historical experiences and political habits, skills, and values that Western institutions require.

The history of American foreign policy in the years after the fall of the Berlin Wall is, he writes, “the story of good, sometimes noble, and thoroughly American intentions coming up against the deeply embedded, often harsh, and profoundly un-American realities of places far from the United States. In this encounter the realities prevailed.”

“[Mission Failure is] going to be one of the most talked about foreign policy books of the year…A must-read.”

“Specialists and general readers alike will appreciate his sure historical grasp, evenhanded assignment of fault, careful assessment of shifting domestic political considerations, and understanding of the foreign cultural barriers that so frustrated American intentions. A skilled, persuasive appraisal of a unique moment in our foreign policy history.”

“Mission Failure is a commanding, synoptic review of US foreign policy choices and their outcomes…It is beautifully written and has that rarity in modern, policy-relevant books: deep knowledge of history, combined with the granular understanding of US policymaking-qualities that longtime readers of Mandelbaum’s work have come to expect and appreciate.”

“Mission Failure is a startlingly original, creative new book—essentially an epitaph for America’s foreign policy in the quarter-century since the end of the Cold War. This is a trenchant critique of the faltering efforts by both Republican and Democratic presidents to refashion governments and societies around the world, from Somalia and Bosnia to China, Iraq, and Libya.”

“This book, from one of the major analysts of American foreign policy, is well-written, wide in scope, and insightful and penetrating…It is a provocative must-read that will be of interest not only to specialists, but to the general public in whose name the cascading foreign policy failure has been carried out.”

“A superbly written, masterful, and deeply provocative work by Michael Mandelbaum. He makes a compelling argument in opposition to what he terms a values-based rather than interest and security-based foreign policy and to the waste of America’s foreign policy capital, resources, and credibility in fruitless efforts to transform foreign societies.”

“Mission Failure explains how nation building came to be the chief focus of US foreign policy in the past generation, and unblinkingly underlines how large a failure that has been. Michael Mandelbaum is one of the country’s most acute analysts of US foreign policy, and his book should be required reading for policymakers today.”