City on the Edge of Forever
Harlan Ellison 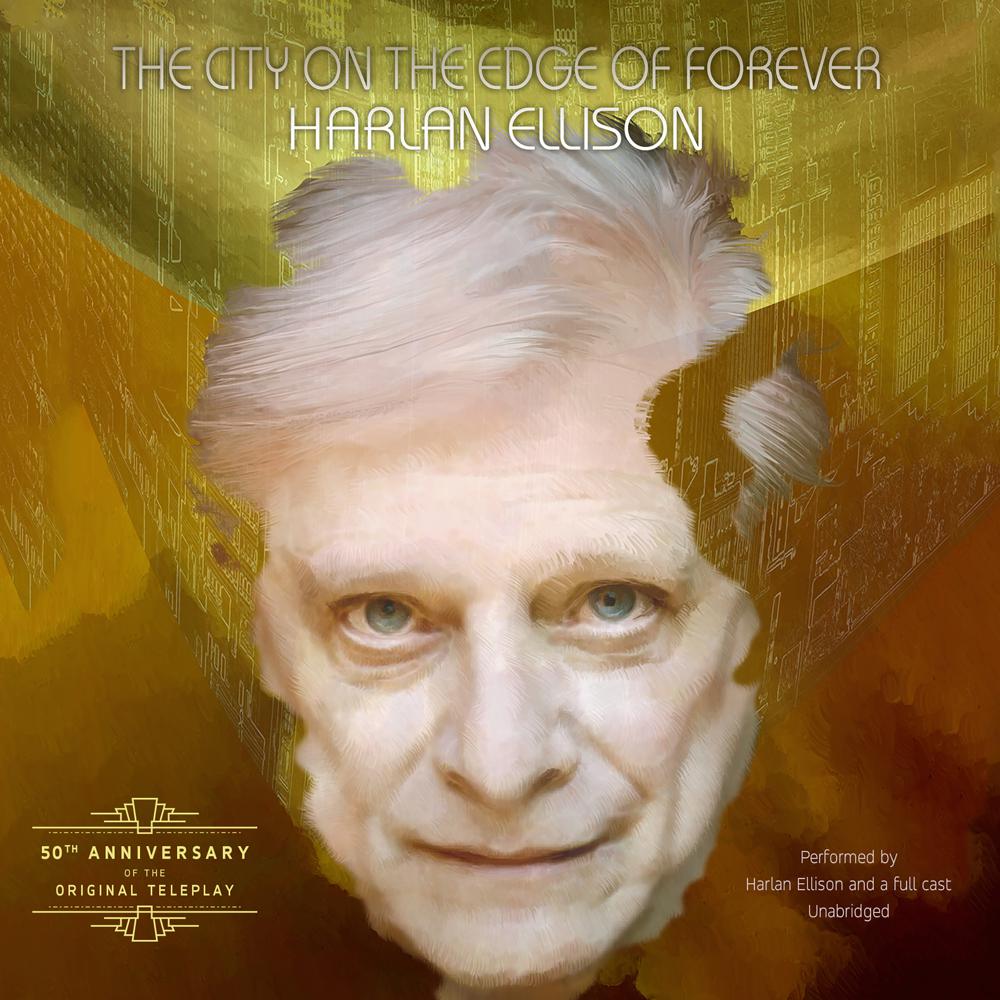 The original teleplay that became the classic Star Trek episode, with an expanded introductory essay by Harlan Ellison, The City on the Edge of Forever has been surrounded by controversy since the airing of an “eviscerated” version—which subsequently has been voted the most beloved episode in the series’ history. In its original form, The City on the Edge of Forever won the 1966–67 Writers Guild of America Award for Best Teleplay. As aired, it won the 1967 Hugo Award.

The City on the Edge of Forever is, at its most basic, a poignant love story. Ellison takes the listener on a breathtaking trip through space and time, from the future, all the way back to 1930s America. In this harrowing journey, Kirk and Spock race to apprehend a renegade criminal and restore the order of the universe. It is here that Kirk faces his ultimate dilemma: a choice between the universe—or his one true love.

This edition makes available the astonishing teleplay as Ellison intended it to be aired. The author’s introductory essay reveals all of the details of what Ellison describes as a “fatally inept treatment” of his creative work. Was he unjustly edited, unjustly accused, and unjustly treated?

“Ellison’s numerous fans along with the general clamoring for all things Trek are bound to put this book in high demand.”

“What makes this the ST book of the year (maybe all time) is Ellison’s sputtering, raging, fuming introduction in which he sets the record straight, by God!”

“For the first time, science fiction maverick Harlan Ellison’s first-draft ‘Star Trek’ script is performed in its entirety, with ace voice talents John Rubinstein and Scott Brick gleefully taking on the major roles. A desperate Dr. ‘Bones’ McCoy dives into a time portal and changes the course of human history, while Captain Kirk and Mr. Spock are right behind, bent on reversing the damage. So begins one of the most popular episodes of the original ‘Star Trek’ television series. It’s also the most controversial. Reading from a number of interviews and essays, the outspoken Ellison re-voices his battles with ‘Star Trek’ creator Gene Roddenberry over the direction of the story. Both Ellison’s original script and the aired ‘edited’ version received major awards. So, listen and decide which version you prefer.”