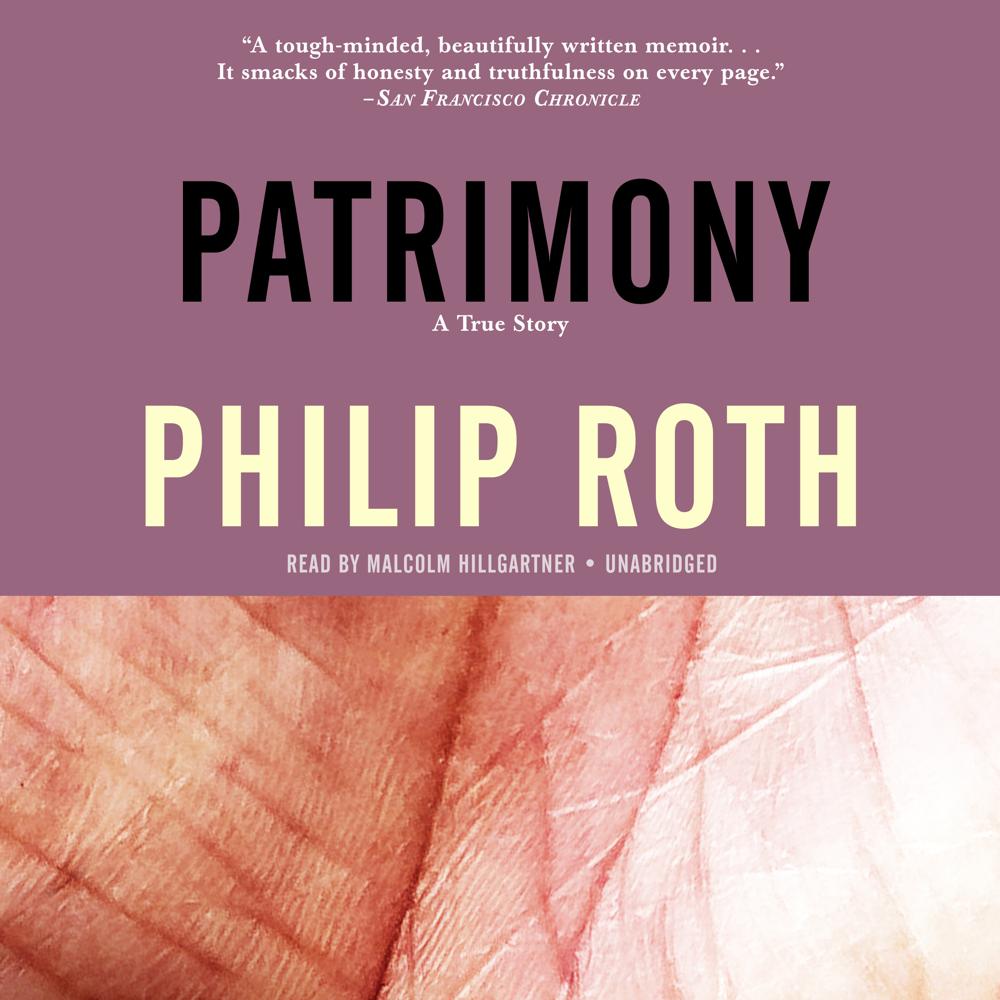 Patrimony, a true story, touches the emotions as strongly as anything Philip Roth has ever written. Roth watches as his eighty-six-year-old father—famous for his vigor, his charm, and his repertoire of Newark recollections—battles with the brain tumor that will kill him. The son, full of love, anxiety, and dread, accompanies his father through each fearful stage of his final ordeal, and, as he does so, discloses the survivalist tenacity that has distinguished his father’s long, stubborn engagement with life.

Philip Roth is hailed by many as the reigning king of American fiction. Winner of the National Book Critics Circle Award, this memoir about love, survival, and memory is one of his most intimate books, but also one of his most intellectually vigorous. Patrimony is Roth’s elegy to his father, written with piercing observation and wit at the height of his literary prowess.

“In a cunningly straightforward way, Patrimony tells one of the central true stories many Americans share nowadays…Such telling is a marvel of artful wit and vigor…It is the triumphant art of the literal…The gloriously pragmatic, unpredictable genius of Philip Roth’s narrative gifts.”

“A deeply resonant portrait of a father and son…Roth has looked past all comfort and condolence to find the truth—about himself and his father; about death and the fear of it; and about the absolute vulnerability to which love condemns us all.”

“A tough-minded, beautifully written memoir…It smacks of honesty and truthfulness on every page.”

“Even before Philip has his own terrifying brush with death in an emergency quintuple bypass operation, he realizes that his father taught and embodied ‘the vernacular, unpoetic and unexpressive and point-blank, with all the vernacular’s glaring limitations and all its durable force.’ An elegy of overwhelming horror and pity—filled with Roth’s graceful prose and narrative control, but also with a humanity sometimes missing in his other work.”

“Here is Roth…at his most humane as he pens a kaddish to his recently deceased father, Herman.”