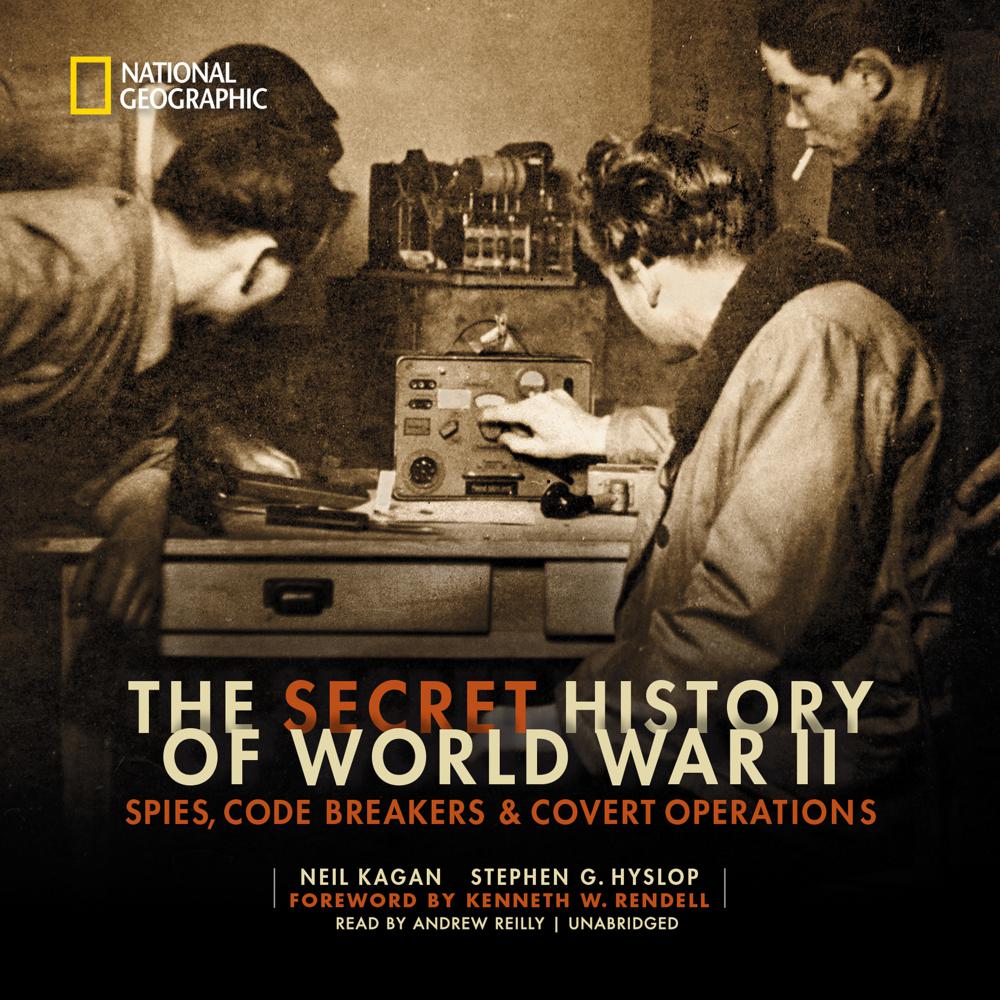 From spy missions to code breaking, this account of the covert operations of World War II takes listeners behind the battle lines and deep into the undercover war effort that changed the course of history.

From the authors who created Eyewitness to World War II and numerous other bestselling reference books, this is the shocking story behind the covert activity that shaped the outcome of one of the world’s greatest conflicts—and the destiny of millions of people. National Geographic’s landmark book illuminates World War II as never before by taking you inside the secret lives of spies and spymasters; secret agents and secret armies; Enigma machines and code breakers; psychological warfare and black propaganda; secret weapons and secret battle strategies.

Seven narrative chapters reveal the truth behind the lies and deception that shaped the “secret war.” Renowned historian and top-selling author Stephen Hyslop and Neil Kagan reveal this little-known side of the war in captivating detail, weaving in extraordinary eyewitness accounts and information only recently declassified.

“A one-of-a-kind atlas…A gripping, self-contained story on every spread.”

“[The] true story behind the covert activity that shaped the outcome…of the Second World War…consistently compelling military history…emphatically and unreservedly recommended.”