From Darkness to Dynasty
Jerry Thornton 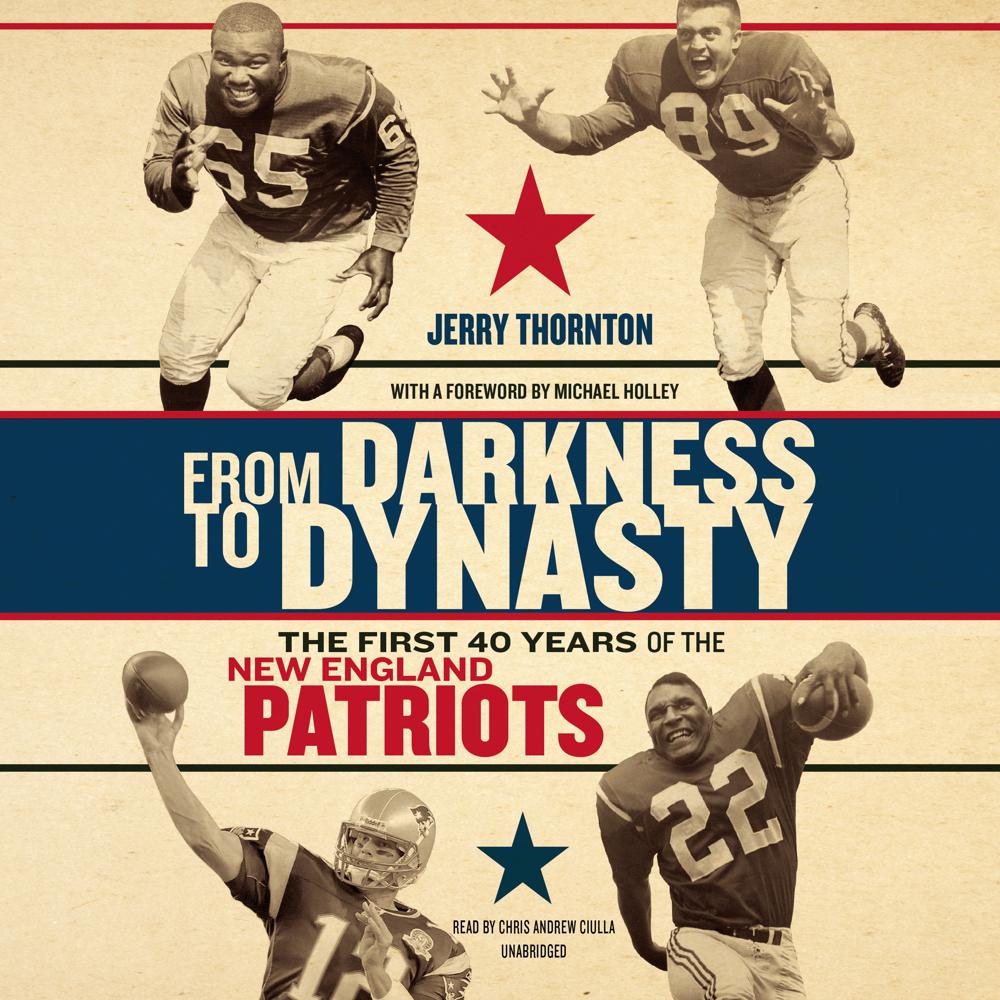 Love them or hate them, what the New England Patriots have been able to do over the past fifteen years is nothing short of remarkable. In addition to their four Super Bowl championships, the Patriots have the best coach in the league, a smart and savvy front office, and a future Hall of Fame quarterback who is internationally recognized as the face of the NFL. The longer the Patriots continue to dominate on the field as well as in the media and the American pop culture landscape, the harder it becomes for anyone to remember them as something other than a model franchise and the ultimate paradigm of success and accomplishment.

Anyone, that is, except for Jerry Thornton. It wasn’t always sunshine and roses for the Patriots; in fact, for the bulk of their existence, it was exactly the opposite. Though difficult to fathom now, the New England Patriots of old weren’t just bad—they were laughably bad. Not so long ago, the Pats were the laughingstock of not only the NFL but also the entire sporting world.

From Darkness to Dynasty tells the unlikely history of the New England Patriots as it has never been told before. From their humble beginnings as a team bought with rainy-day money by a man who had no idea what he was doing to the fateful season that saw them win their first Super Bowl, Jerry Thornton shares the wild, humiliating, unbelievable, and wonderful stories that comprised the first forty years of what would ultimately become the most dominant franchise in NFL history.

Witty, hilarious, and brutally honest, From Darkness to Dynasty returns to the thrilling, perilous days of yesteryear—a welcome corrective for those who hate the Patriots and a useful reminder for those who love them that all glory is fleeting.

“Once upon a time, the Patriots didn’t have Tom Brady, Bill Belichick, Robert Kraft, or four Super Bowl rings. They were not a dynasty. They were dysfunctional. There is nobody better than Jerry Thornton, a lifetime member of Patriots Nation, to provide this very entertaining and funny account of the hopelessness that once defined New England’s football team. From Darkness to Dynasty is a must-read if you love the Patriots―or love to hate the Patriots.”

“Jerry Thornton is the best Patriots writer in New England. He has been for a decade. There is nobody who knows the team better or expresses what it’s like to be a Patriots fan better than him. This book is vintage Thornton from start to finish. If you like the Patriots or even football, this is a must-read book, period.”

“Jerry Thornton resorted to cannibalism to survive the Rod Rust era and now bleeds every time Tom Brady suffers a paper cut. This intense loyalty to the Patriots helped launch Jerry from local blogger and stand-up comic to Boston sports media star, while endearing him to a generation of fans young and old. From Darkness to Dynasty proves that Jerry’s the real deal: a quick-witted fan forged in the comedic hell of the now-dynastic franchise’s laughably miserable early years.”