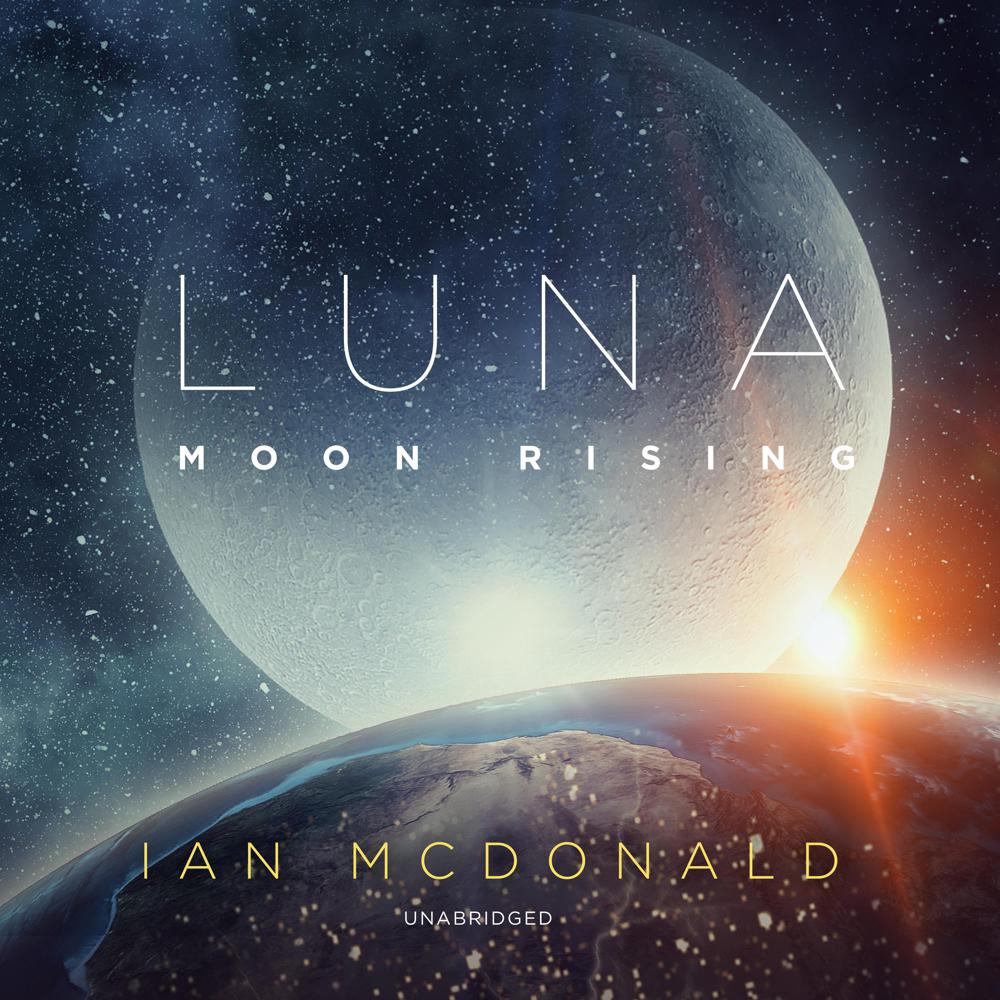 A hundred years in the future, a war wages between the Five Dragons—five families that control the Moon’s leading industrial companies. Each clan does everything in their power to claw their way to the top of the food chain—marriages of convenience, corporate espionage, kidnapping, and mass assassinations.

Through ingenious political manipulation and sheer force of will, Lucas Corta rises from the ashes of corporate defeat and seizes control of the Moon. The only person who can stop him is a brilliant lunar lawyer: his sister, Ariel.

“Ian McDonald is one of the very best science fiction writers in the world. His novels are fearless, brilliant, wise—they illuminate and entertain spectacularly.”

“Lightning fast, relentless, and merciless, even when there is noth­ing to be gained except the destruction of enemies.”

“Moon colonization narratives seem to be in vogue again…However, the Luna trilogy stands out as the most attuned to our precarious age by yoking the libertarian moon-base narrative of yesteryear to the issues that pervade our present and strangle our future.”

“McDonald concludes his Luna space opera trilogy in triumphant style…The political intrigue never feels too abstract or removed from twenty-first-century Earth. Readers will appreciate the care McDonald takes with both worldbuilding and characterization, and will enjoy little touches such as giving an assassin the job title of Corporate Conflict Resolution Officer…Fans of the prior books will find this wrap-up rewarding.”

“Backgrounds of the five families tie traditions back to various Earth cultures, with clear evolution to a unique Lunar environment.”