What Will It Take to Make a Woman President?
Marianne Schnall 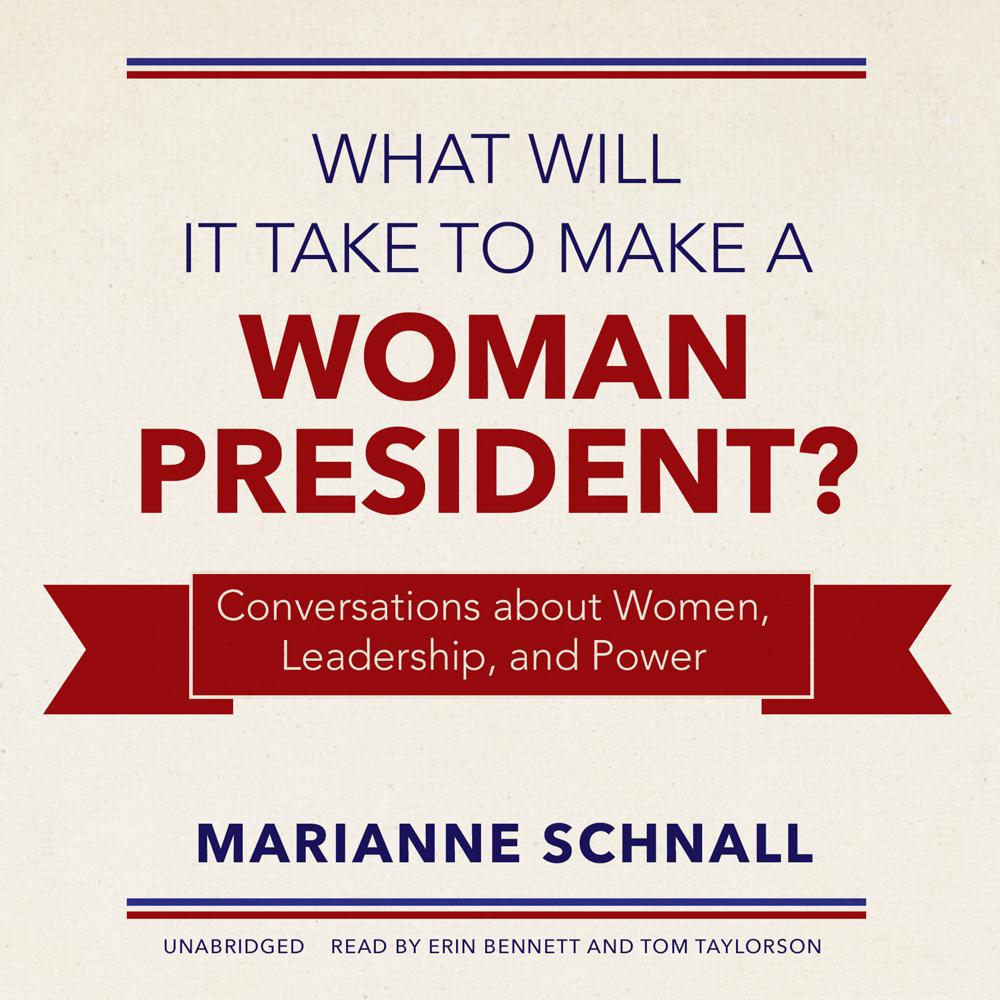 Featuring conversations with more than twenty leading politicians, writers, artists, and activists, this book is expert interviewer Marianne Schnall’s examination of why America has not yet elected a female president—and how this might change.

Prompted by a question from her eight-year-old daughter during the 2008 election of Barack Obama—“Why haven’t we ever had a woman president?”—Marianne Schnall set out on a journey to find the answer. A widely published writer, author, and interviewer, and the executive director of Feminist.com, Schnall began looking at the issues from various angles and perspectives, gathering viewpoints from influential people from all sectors.

What Will It Take to Make a Woman President? features interviews with politicians, public officials, thought leaders, writers, artists, and activists in an attempt to uncover the obstacles that have held women back and what needs to change in order to elect a woman into the White House.

With insights and personal anecdotes from Sheryl Sandberg, Maya Angelou, Gloria Steinem, Nancy Pelosi, Nicholas Kristof, Melissa Etheridge, and many more, this book addresses timely, provocative issues involving women, politics, and power. With a broader goal of encouraging women and girls to be leaders in their lives, their communities, and the larger world, Schnall and her interviewees explore the changing paradigms occurring in politics and in our culture with the hope of moving toward meaningful and effective solutions—and a world where a woman can be president.

“I would love for my younger fans to read What Will It Take to Make a Woman President? by Marianne Schnall. It’s a collection of interviews and essays by great women, including Maya Angelou, Gloria Steinem, and Melissa Etheridge. They will inspire you to become a better leader.”

“Intriguing interviews exploring the role of women in American political leadership…Barack Obama smashed down one long-closed door in 2008. This book makes a compelling case for another shattering of barriers sooner rather than later.”

“Arguably, the most pertinent question in modern political history…Schnall gained insight into factors contributing to the country’s failure to elect a woman to its highest office and sought advice as to how we can not only better prepare for the next presidential election but create a world in which today’s young women feel empowered to break out of stereotypical roles.”