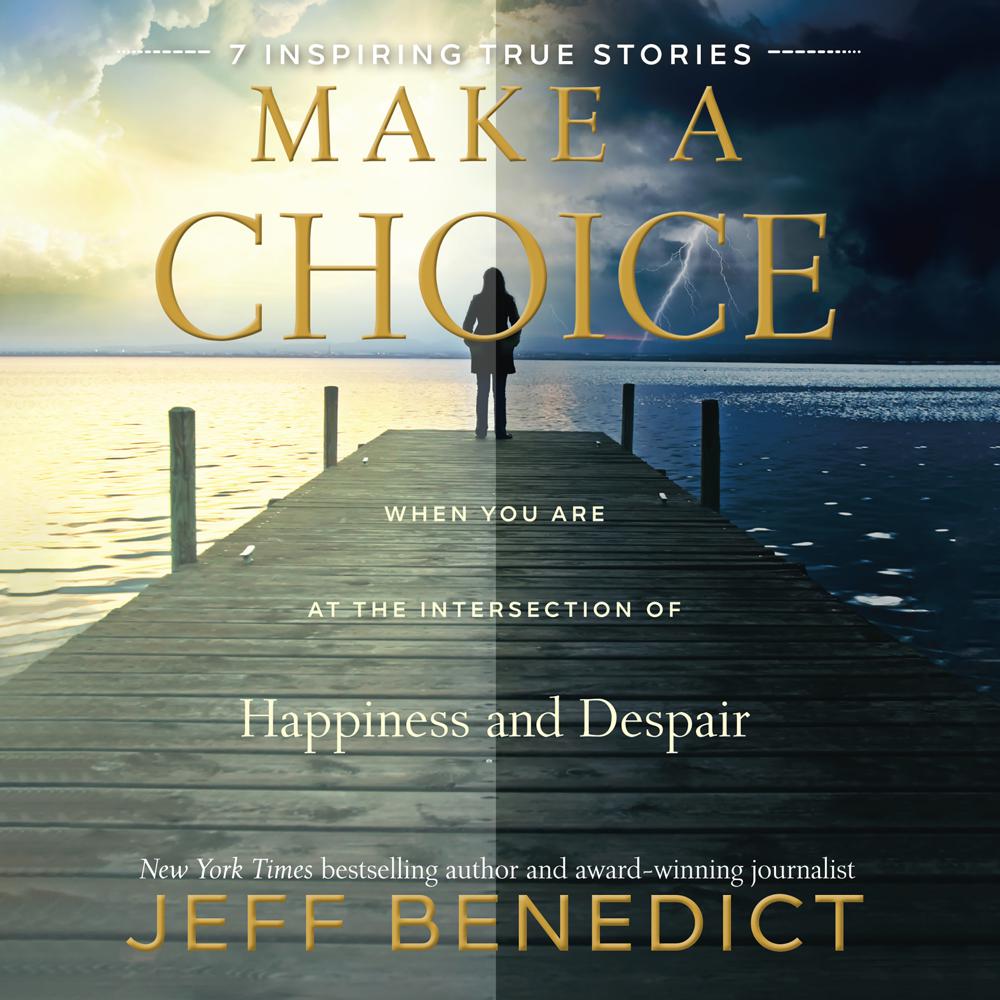 Extraordinary stories of people who have survived life’s most heart-wrenching tragedies and whose Christian faith has remained unshakable.

New York Times bestselling author Jeff Benedict has seen both good and bad in his career as a journalist. Some of the best are the extraordinary people he has met who have made deliberate choices to live happier lives despite the extreme hardship that each of them have faced. Although life will knock us down from time to time, this book is an important reminder that we all can make a choice to get back up, brush ourselves off, and keep pressing forward.

“Each of us will find ourselves at the intersection of happiness and despair. And when that day comes, there are choices we can make that will help us turn and walk down the street called Happiness,” says the author. From choosing to forgive to choosing to serve others to choosing to pray, the seven true stories that Jeff shares illustrate the power within each of us to choose to live a happier, more abundant life.

a husband who lost his wife when a young boy inadvertently pulled the trigger of a loaded shotgun;a waitress who nearly drowned after being swept away in a raging flood;a father who lost his one-year-old son to a rare disease;a woman lost at sea during a harrowing storm;a man who was brutally beaten but who chose to forgive his attacker;a mother whose home was demolished by a tornado, whose husband was diagnosed with cancer, and whose nine-year-old son has undergone nearly one hundred surgeries; anda father trying to raise his family in a neighborhood often targeted by gang members.