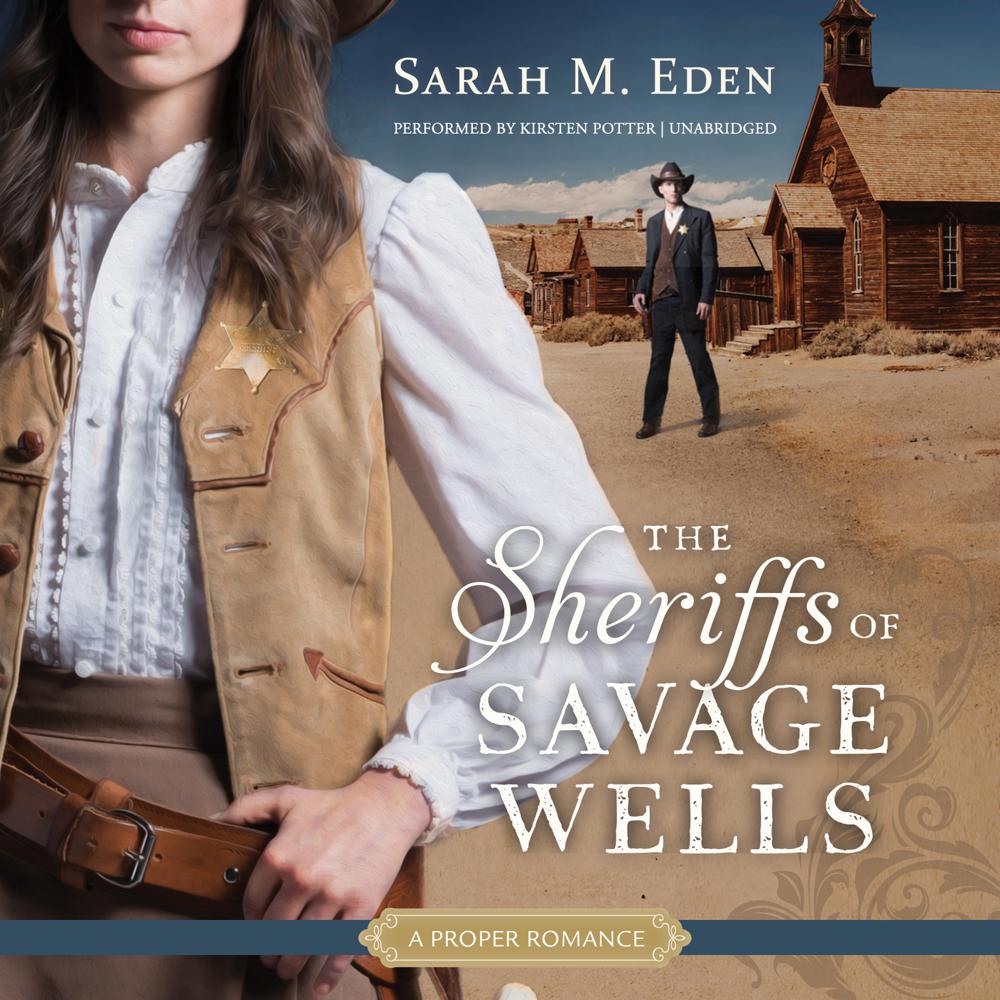 He’s the most fearsome sheriff in the West—a force to be reckoned with, the stuff of legend. But so is she. May the best sheriff win.

Paisley Bell knows the eccentric people of Savage Wells. From the absentminded shopkeeper who always thinks she’s been robbed to the young man who has returned shell-shocked from the war, Paisley has compassion for them all. When the sheriff up and leaves town, Paisley steps up and assumes the responsibility, partly because she loves the work, but also because she needs the income to take care of her sick father. So when the town council decides that the position of sheriff should really go to a man, Paisley finds herself fighting to prove that she’s the perfect candidate for the job, even though she wears a skirt.

Cade O’Brien is heartily sick of shooting people. In his many years as a lawman, Cade has seen his share of blood and violence. So when he answers an advertisement for a sheriff job in the sleepy town of Savage Wells, he believes he’s found the peace and quiet he’s always desired. But when he discovers that his biggest competition for the job is a woman, he begins to question his decisions.

Tension between the two begins to sizzle as both Cade and Paisley realize the attraction they have for each other, but when Paisley’s former beau shows up in town, along with a band of bank robbers, the blossoming relationship between the two sheriffs is tested. They will have to work together to thwart the bank robbers and keep the town safe.

“Unites a spirited markswoman and a tough-as-nails lawman…Sparks fly amid witty banter.”

“Filled with snappy dialogue and lots of humor, this is a timeless tale of the war of the sexes. Paisley’s relationship with her rapidly declining dad, who has dementia, adds an emotional thread to the fabric of Eden’s very funny western romance.”

“Author Eden offers a fun, heartwarming Wild West tale [with] great writing, an unexpected plot, a quirky heroine, and the larger-than-life man who loves her. A clever, entertaining romance.”