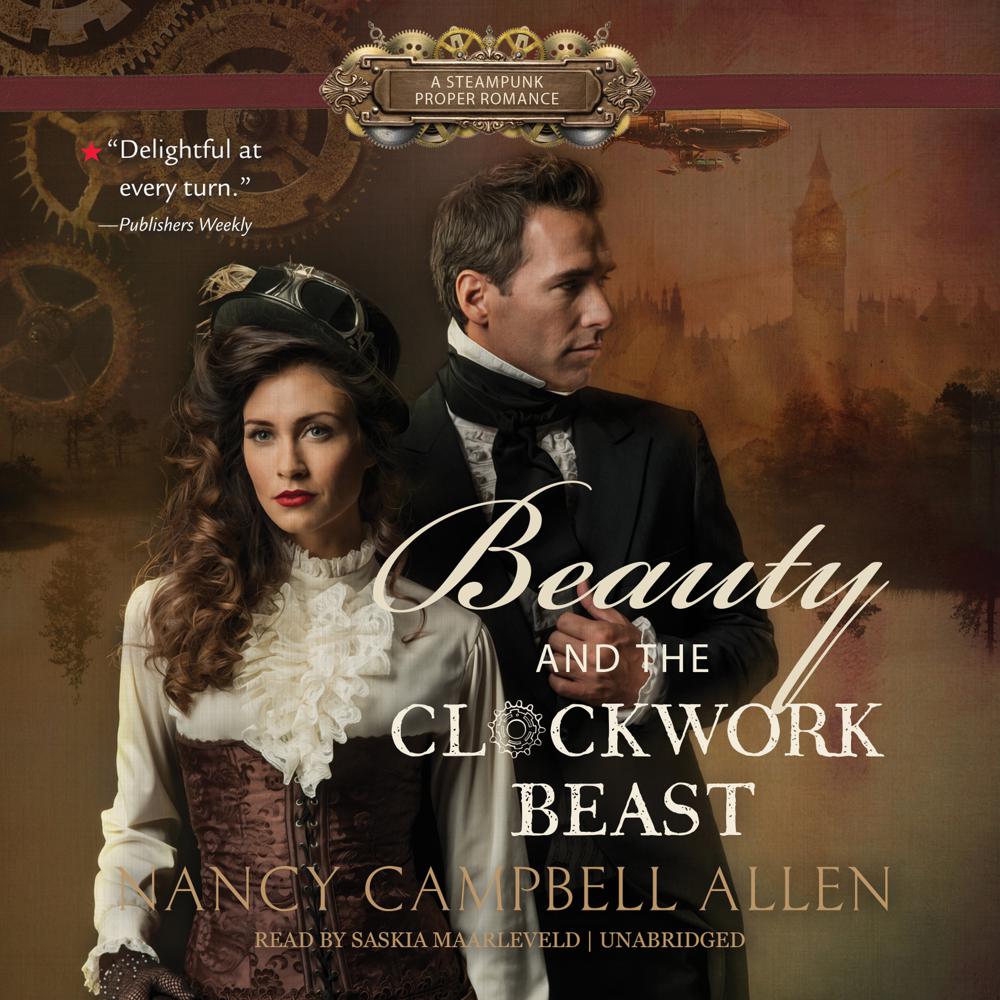 Like the classic “Beauty and the Beast,” this steampunk romance features an unlikely love story.

The Lord of Blackwell Manor, Miles, is plagued by a family curse that changes him into a shape-shifting wolf every month during the full moon.

Lucy, a smart, attractive, and well-respected botanist, travels to Blackwell Manor to take care of her sick cousin, Kate, who is married to Miles’ younger brother. For Lucy, the trip is a welcome respite from her work and recent discovery of a breakthrough serum that could eliminate the scourge of vampires from London. But Lucy finds more than she bargained for when she arrives at the Manor.

Miles, who is brash and inhospitable, does not take kindly to visitors. He is still unsettled by the mysterious death of his newlywed wife. And then there’s Marie, Miles’ sister, who was attacked and murdered just weeks earlier. Miles is horrified to think that he might be to blame for the deaths. And who is the ghost that haunt the halls?

Lucy is convinced that the death of Miles’s wife and sister—as well as her cousin’s mysterious illness—are tied together, but how?

Lady Charlesworth has her eye on inheriting Blackwell Manor for her family. Could her daughter, Candice, or her son, Arthur, have had a hand in the mysterious deaths? The clues make a vampire suspect highly likely.

During her investigation, Lucy finds herself caring deeply for Miles, but he fights to keep his distance in order to protect Lucy from his family’s secret. And, yet, he feels attracted to the woman who is able to look past the fearsome-looking scar that has marred his handsome face. With no other option, Miles and Lucy must work together if they are to find the answer to the mysteries at the manor.

But that’s not all Lucy wants to solve. There’s a deeper mystery behind Miles. Can she solve that too? Ultimately, she must decide if she can love the man—beast and all.

“Something sinister is afoot at Blackwell Manor in this steampunk reimagining of the familiar tale. Maarleveld establishes the uneasy tone from the very first and dramatizes the ominous setting embedded in the love story of Beauty and the Beast.”

“Nancy Campbell Allen takes her wonderful rendition of the Beauty and the Beast tale and sets it in a Steampunk-inspired London plagued with vampires. This gothic story has it all: vampires, werewolves, ghosts, dangerous manor houses, and a damsel in distress…A spooky and thrilling ride that is rolled into a heartfelt romance.”

“Allen’s imagining of Beauty and the Beast as a supernatural period murder mystery is delightful at every turn.”

“Neatly rendered steampunk details, from the characters’ attire to airships and robot servants, add enticing atmosphere to the growing mystery…Allen’s keen and enjoyable romance has the smart banter and appeal of Marion Chesney’s capers.”