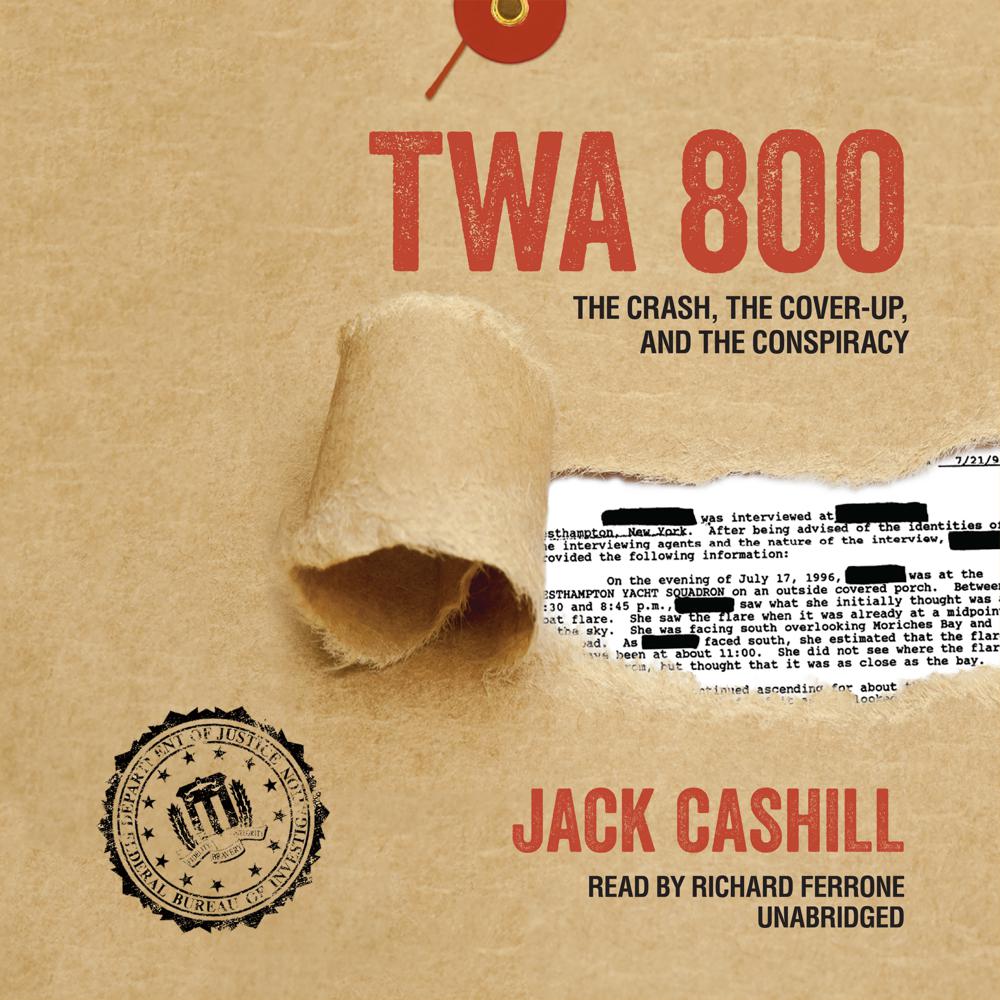 What really happened to TWA 800? On the twentieth anniversary of the crash, author Jack Cashill reveals shocking new evidence.

TWA Flight 800 crashed into the Atlantic shortly after takeoff from JFK Airport on July 17, 1996, killing all 230 passengers on board. Although initial reports suggested a terrorist attack, FBI and NTSB investigators blamed a fuel-tank explosion. But skeptics have long questioned the official story, and new evidence has surfaced that suggests a widespread conspiracy.

In TWA 800, historian Jack Cashill introduces new documents and testimonies that reveal the shocking true chain of events, from the disastrous crash to the high-level decision to create a cover story and the attempts to silence anyone who dared speak the truth.

History of the Americas, Conspiracy theories, Aircraft and aviation

“Outstanding! Cocounsel Mark Lane and I had the honor of bringing Jim and Liz Sanders’ civil rights lawsuit against eight government officials who participated in the cover-up. Later, I had the pleasure of prosecuting Ray Lahr’s FOIA lawsuit. Astonishingly, to keep the truth of the missile strike from the American people, the government concealed all the physical evidence, and the eyewitness accounts, with the cooperation of the media. In TWA 800, Jack Cashill proves it, succinctly.”

“Jack Cashill has researched, organized, and documented all aspects of this intrigue in an outstanding and readable style. He has provided the needed resolution to finally end the TWA 800 conspiracy. It is—by far—the most thorough, insightful, and believable accounting of that tragedy.”