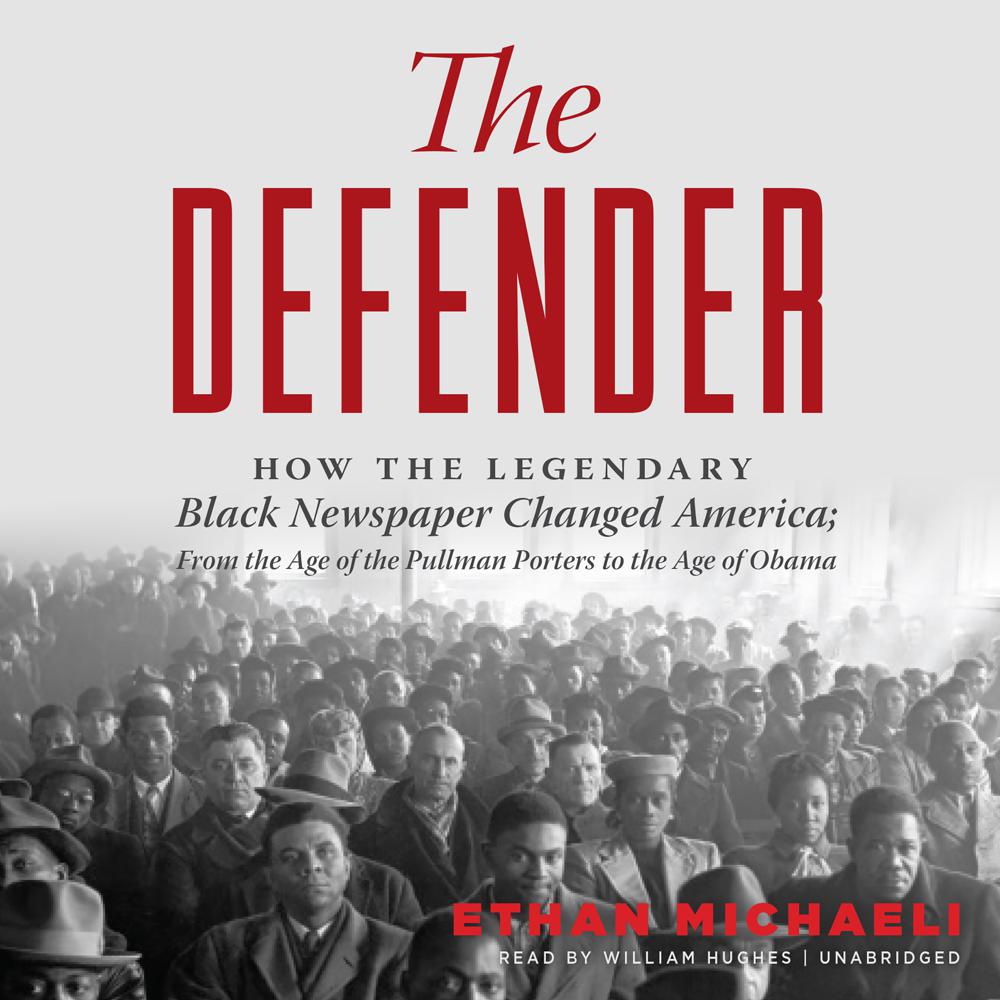 Giving voice to the voiceless, the Chicago Defender condemned Jim Crow, catalyzed the Great Migration, and focused the electoral power of black America. Robert S. Abbott founded the Defender in 1905, smuggled hundreds of thousands of copies into the most isolated communities in the segregated South, and was dubbed a “Modern Moses,” becoming one of the first black millionaires in the process. His successor wielded the newspaper’s clout to elect mayors and presidents, including Harry S. Truman and John F. Kennedy, who would have lost in 1960 if not for the Defender’s support. Along the way, its pages were filled with columns by legends like Ida B. Wells, Langston Hughes, and Martin Luther King Jr.

Drawing on dozens of interviews and extensive archival research, Ethan Michaeli constructs a revelatory narrative of race in America from the age of Teddy Roosevelt to the age of Barack Obama and brings to life the reporters who braved lynch mobs and policemen’s clubs to do their jobs.

“Conscientiously researched and fluent…a record of the African-American struggle in our times.”

“An extraordinary history…Deeply researched, elegantly written…A towering achievement that will not be soon forgotten.”

“A fascinating account of the legendary black newspaper that spoke truth to power, fought for equality, and made history.”

“This prodigiously researched work is a testament to the courage of Defender writers through the century, a chronicle of the influence of an important institution—and a sweeping history of black America.”

“Tackles an enormous swath of American history in his thorough, painstaking account of the newspaper’s rise to prominence…A pertinent, well-fashioned American success saga.”

“Narrator William Hughes brings a keen awareness of the importance of this monumental audiobook. His clear and modulated performance works well for this account of the glory days of the Defender, giving listeners a sense of how this preeminent African-American newspaper achieved its fame…This is a remarkable audiobook.”

“As a former publicist focused on black projects, I pitched this once might paper often and eagerly. A beautiful and brave history in the black community. Started in 1905. A huge legacy. Saluting everyone who ever worked at the Chicago Devender.”