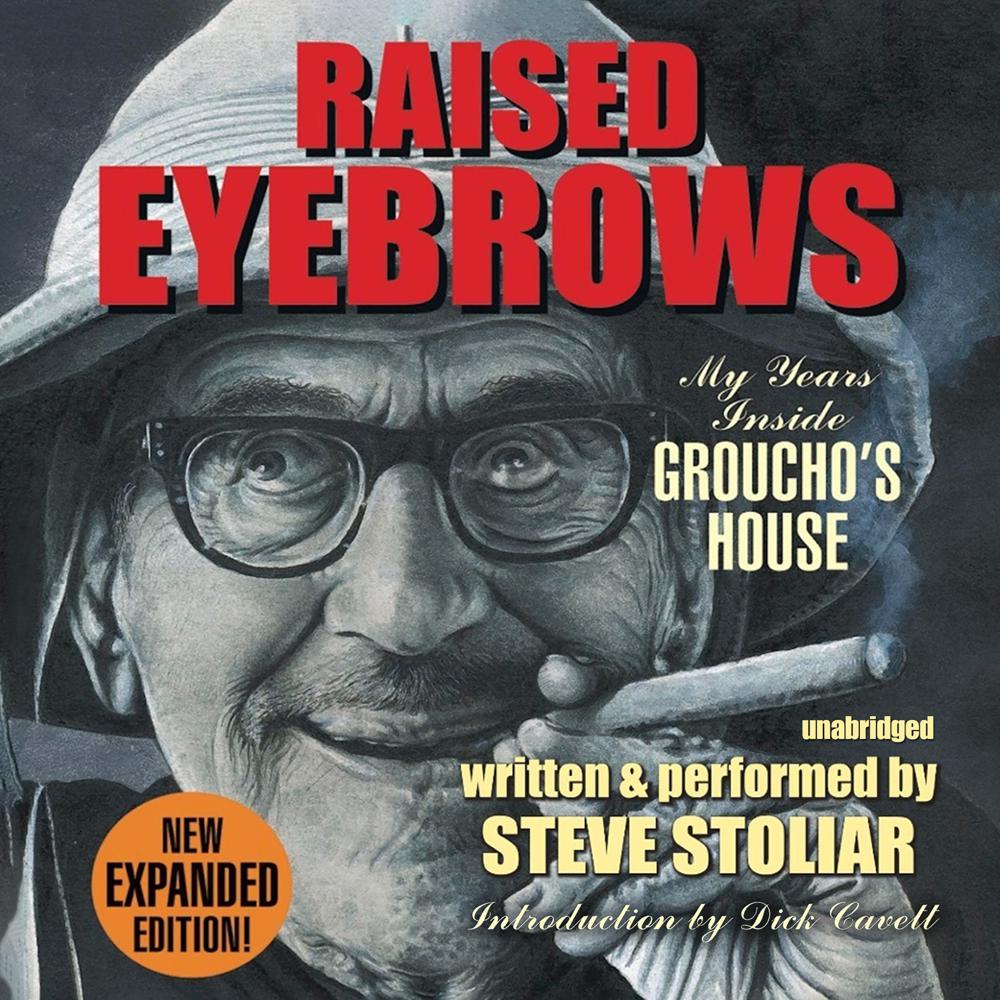 Raised Eyebrows is the bittersweet story of the last years in the life of Groucho Marx, told by a young Marx Brothers fan who was fortunate enough to work for Groucho as his personal secretary and archivist, right inside Marx’s Beverly Hills home. In addition to getting to know his hero, the author was able to spend quality time with Zeppo, Gummo, Mae West, George Burns, Bob Hope, Jack Lemmon, SJ Perelman, Steve Allen, and scores of other luminaries of stage, screen, TV, and literature. The downside of this dream-come-true was getting close to his idol as the curtain was coming down, and dealing with Erin Fleming—the mercurial woman in charge of Groucho’s personal and professional life. Raised Eyebrows is filled with never-before-heard anecdotes, with an introduction written by Dick Cavett.

“It’s one of the best books about a show-business icon I’ve ever read…It makes Groucho live so much more than the conventional bios.”

“In this delightful report, Mr. Stoliar brings the real Groucho alive with wit, tears, and all.”

“Raised Eyebrows is an intimate account of one of our national treasures—Groucho Marx. It’s written by a young man who was fortunate enough to live with and work for Groucho, and if he doesn’t know what he’s talking about, who would? It has a unique insider’s point of view and is a fascinating study of a man who was one of the kings of comedy.”

“A real page-turner that is by turns startling, shocking and as engrossing as a good novel. What a splendid book it is.”