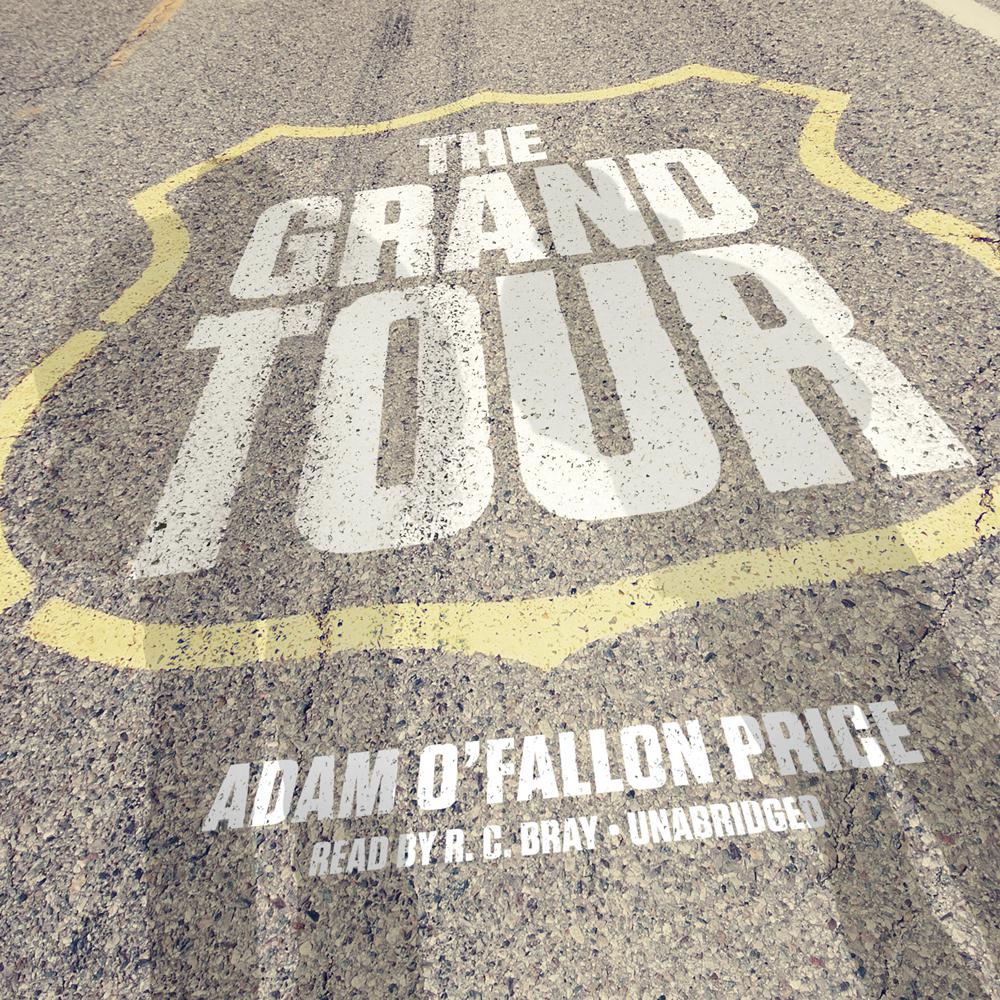 Richard Lazar is advancing in years but regressing in life. After a career as a literary novelist that has ground to a halt and landed him in a trailer in Phoenix, Richard is surprised to find sudden success publishing a gritty memoir about his service in Vietnam. Sent on a book tour by his publishing house, Richard encounters his biggest (and really only) fan: an awkward, despondent student named Vance with issues of his own—an absentee father, a depressive mother, his own acute shyness. Soon Vance has volunteered to chauffeur Richard for the rest of the book tour, and the two embark on a disastrous but often hilarious cross-country trip. When things go wrong, Richard and Vance forge an unlikely bond between two misanthropes whose mutual insecurities and disdain for the world force both to look at each other, and their lives, in a more meaningful way.

As they reach the end of the book tour, The Grand Tour ultimately becomes a moving tale of unlikely friendship that should catapult Adam O’Fallon Price into the company of such masters of all-American dyspepsia as Sam Lipsyte, David Gates, and Walter Kirn.

“In Price’s excellent debut novel, he nails Richard’s unpleasant character perfectly, a weak and flawed man who disappoints everyone around him, especially himself…A surprise ending caps off the story.”

“This debut novel is, like many of its kind, a road book…Readers will be glad they tagged along.”

“Price offers up an acridly witty portrait of the artist in decline. We meet his protagonist, writer Richard Lazar, as he’s shaken awake from an Ambien-and-vodka-induced coma aboard an airplane…From here, the novel becomes a road comedy of sorts, interspersed with excerpts from Lazar’s novel, the core of which turns out to be as counterfeit as its creator. Price is a finely trained writer, and the novel recalls the late John O’Brien’s Leaving Las Vegas in many respects.”

“Adam O’Fallon Price has a beautiful eye for detail, a deep grasp on people, and an enviable sense for where things go most entertainingly wrong. I haven’t read a novel that’s this funny and this sad in a very long time.”

“As shrewd as it is hilarious, The Grand Tour offers the reader something to wince and laugh at in nearly every sculpted sentence. This is a triumphant debut, rich in pointed, poignant truths about books, America, and men.”

“A beautifully written, darkly funny, and ultimately very moving novel about a road trip undertaken by two misfits, who end up much the better for their unlikely friendship in unexpected ways. Adam O’Fallon–Price deftly evokes the tender underbelly of cynicism, the despair and fear in misanthropy, and the fall into failure that lurks under success. A darker, tenderer, more twisted version of Wonder Boys.”