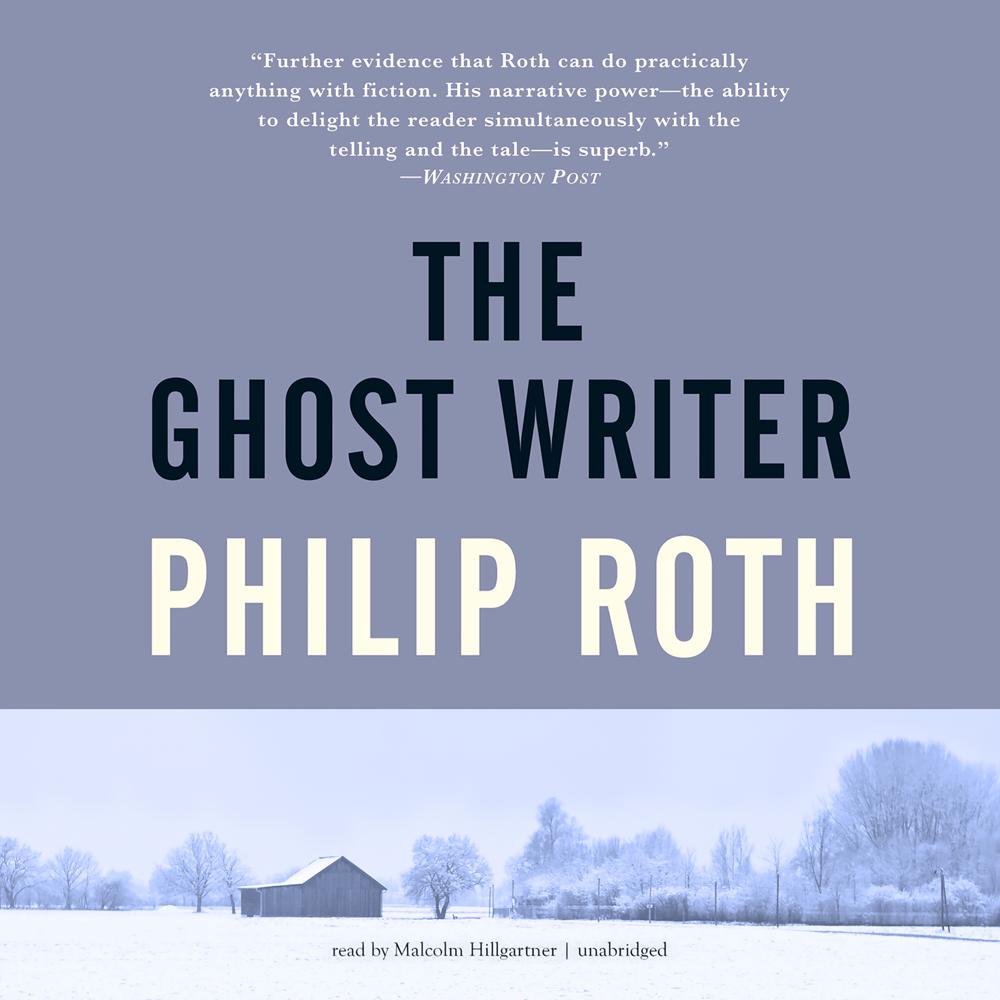 The Ghost Writer introduces Nathan Zuckerman in the 1950s, a budding writer infatuated with the great books, discovering the contradictory claims of literature and experience while an overnight guest in the secluded New England farmhouse of his idol, E. I. Lonoff.

At Lonoff’s, Zuckerman meets Amy Bellette, a haunting young woman of indeterminate foreign background who turns out to be a former student of Lonoff’s and who may also have been his mistress. Zuckerman, with his active, youthful imagination, wonders if she could be the paradigmatic victim of Nazi persecution. If she were, it might change his life.

The first volume in the Nathan Zuckerman series, The Ghost Writer is about the tensions between literature and life, artistic truthfulness and conventional decency—and about those implacable practitioners who live with the consequences of sacrificing one for the other.

“Arguably Philip Roth’s best novel…In The Ghost Writer, published in 1979, Mr. Roth found the virtually perfect balance for the themes that have long obsessed him, most notably the tension between being a loyal Jewish son, in terms of both family and community, and being an unfettered creative writer.”

“Further evidence that Roth can do practically anything with fiction. His narrative power—the ability to delight the reader simultaneously with the telling and the tale—is superb.”

“I had only to read the two opening sentences to realize that I was once again in the hands of a superbly endowed storyteller.”

“Roth underlines none of [the] elegant theme-weaving, letting it all emerge through dazzling dialogue and his most understated, almost folktale-like prose…Elegantly floating and at the same time firmly grounded to home and heart—a sonata-like masterwork.”