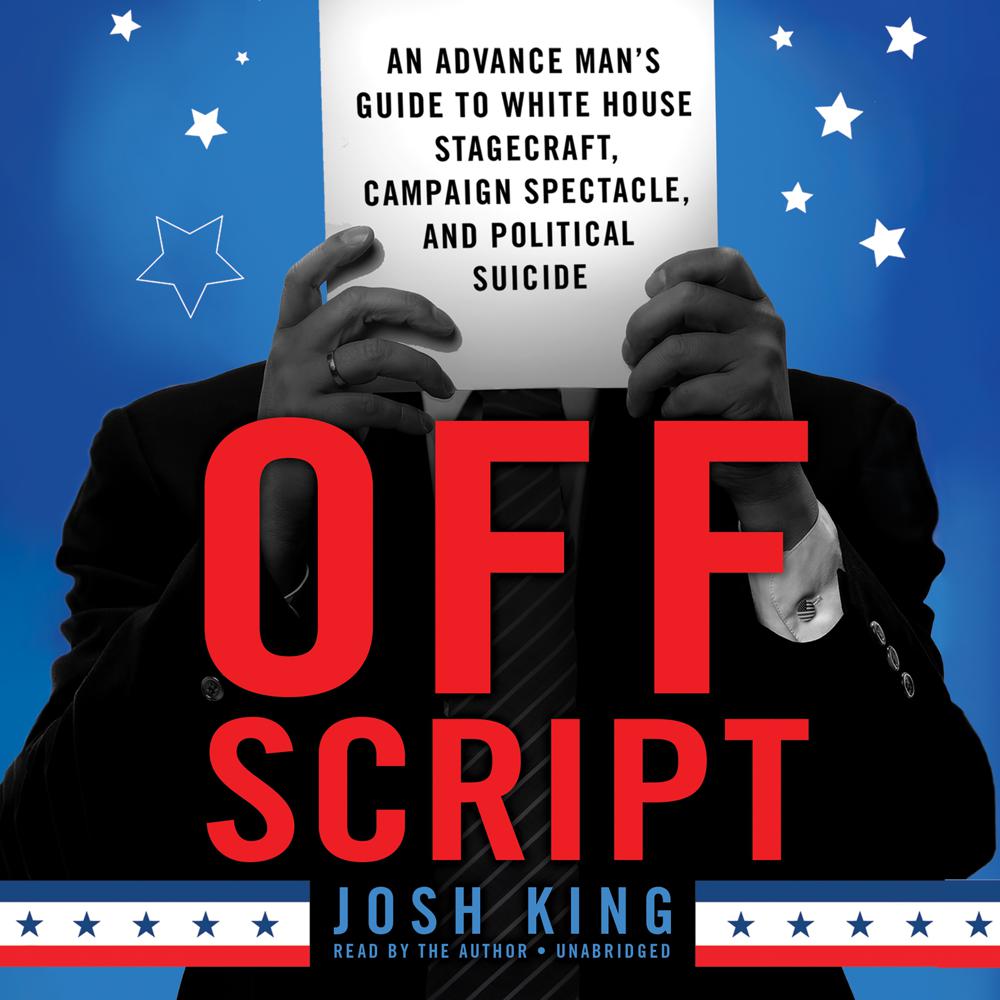 From a former White House presidential events production director comes an illuminating journey through the most catastrophic scenes of political stagecraft since the “Age of Optics” in 1988.

The responsibility of being a public figure is no walk in the park—the world highlights politicians’ every mistake. “Image collapse” can befall anyone whose carefully cultivated persona is analyzed by, and filtered through, intermediaries in the broadcast booths of cable news networks or behind the photo desks of newspapers, magazines, and today’s host of digital platforms.

As someone who orchestrates television- and photo-ready moments involving important political figures, Josh King has unique experience working with the reputations of public figures. In Off Script, King leads listeners through an entertaining behind-the-scenes journey through the most catastrophic scenes of political stagecraft since the dawn of the “Age of Optics” in 1988. Listeners might recall these moments as simple cases of bad luck, but King argues that they were actually symptomatic of something deeper in how we view our leaders.

We tour nearly thirty years of history to set the stage for the Age of Optics and then turn to the Obama administration and what King calls the “Vanilla Presidency.” King shows how Barack Obama began his term in office as more guarded and more protective of the presidential persona than anyone in history, and as we arrive at the election of 2016 and beyond, we have to wonder: Will our future president follow Obama’s example? If so, how will that influence the relationship between our nation’s citizens and their leader?

“Do you love the wicked brilliance of campaign stagecraft and the gilded lies that come with being a politician? Not as much as Josh King does. Off Script will show you why it’s an art form.”

“Off Script takes us behind the scenes to show what works, what doesn’t, and why. A must-read for anyone who works on—or just loves—the presidential trail.”

“Discreetly leading the way in every campaign are the advance men and women who literally set the stage. Josh King, a Jedi master of that profession, vividly brings the image makers out of the shadows.”

“King presents one of the liveliest and funniest political books of recent years; it will keep political junkies and campaign professionals guffawing and learning. He has done for advance men and women what Timothy Crouse’s The Boys on the Bus did for print journalists almost a half-century ago. His book pairs nicely with David Greenberg’s scholarly Republic of Spin.”

“How the methods of show business took over presidential election campaigns—and how political candidates have paid the price…An eye-opening trip behind the political scene demonstrating how showbiz helped money wreck our political landscape. If you enjoy the TV show Veep, you’ll enjoy this book.”

“A deconstruction of some of the worst examples of presidential ‘optics’ that helped sink political careers.”