Hitler, Mussolini, and Me
Charles Davis 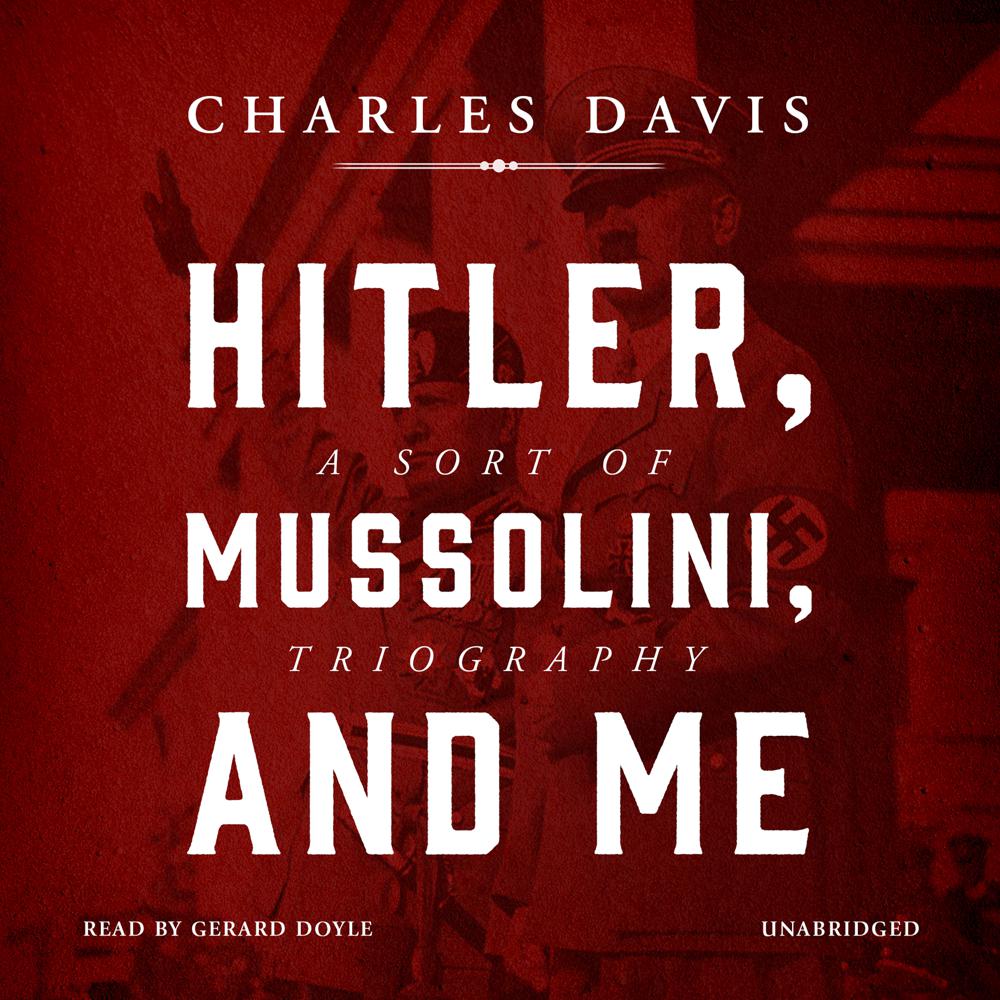 In 1938 Hitler visits Italy. An expatriate Irish art historian is obliged to guide Mussolini and his guest around the galleries. Half fascinated, half repelled, he watches the tyrants, wrestling with the uneasy conviction that he ought to use the opportunity to “do something” about them yet lacking the zeal that might transform misgivings into action.

Thirty years later, his daughter comes across a compromising clipping showing her father with the dictators. Exposed as a collaborator, the narrator explains what happened, what he did and did not do, and why, revealing in the process the part the girl’s mother played in promoting the digestive disorders that were to influence the course of the war.

To help his daughter understand, he conjures a time before the crime that would define the century, a time before these men became monsters inflated to fit that crime, showing her the tawdry little people behind the myths, the real Hitler and Mussolini, the Flatulent Windbag and the Constipated Prick.

Based on historical events and using the tyrants’ own words, Hitler, Mussolini, and Me brings the dictators down to earth, describing the murkier, more scurrilous aspects of their careers, and using jokes and scatology to weave a crazed pathway toward a cracked kind of morality. It is the story of an ordinary man living in extraordinary times—times when being ordinary was an act of rebellion in itself.

“A witty, satirical historical novel, Hitler, Mussolini, and Me also asks profound philosophical questions about how that generation could have followed two such physically unattractive men whose political beliefs were based on envy, greed, and hatred. They are questions to ponder long after the last page is turned.”

“A hilarious scatological satire starring an Irish art historian living in 1938 Rome, which reduces the twentieth century’s two most notorious dictators, Hitler and Mussolini, to their most base selves…Fart jokes and suspense make this a terrific tale.”

“His zippy, wry apologia ought to be snapped up by students of World War II and by adventuresome book groups.”

“With bons mots, droll insights into human behavior, and distinctively witty turns of phrase…Davis offers whimsically sardonic yet serious miniessays on feminism, sex, Hitler’s mustache, obscure German literature, and the tragic pervasiveness of anti-Semitism. A sardonic take on human nature and a wry deconstruction of the ‘banality of evil.’”

“Narrator Gerard Doyle’s Irish lilt is comforting and subdued as he reads at an unhurried pace…Doyle makes sure we get the surreal nature of the action.”

“In Hitler, Mussolini, and Me, Charles Davis gives us a chance to try…looking at Herr Adolph through the lens of absurdity.”