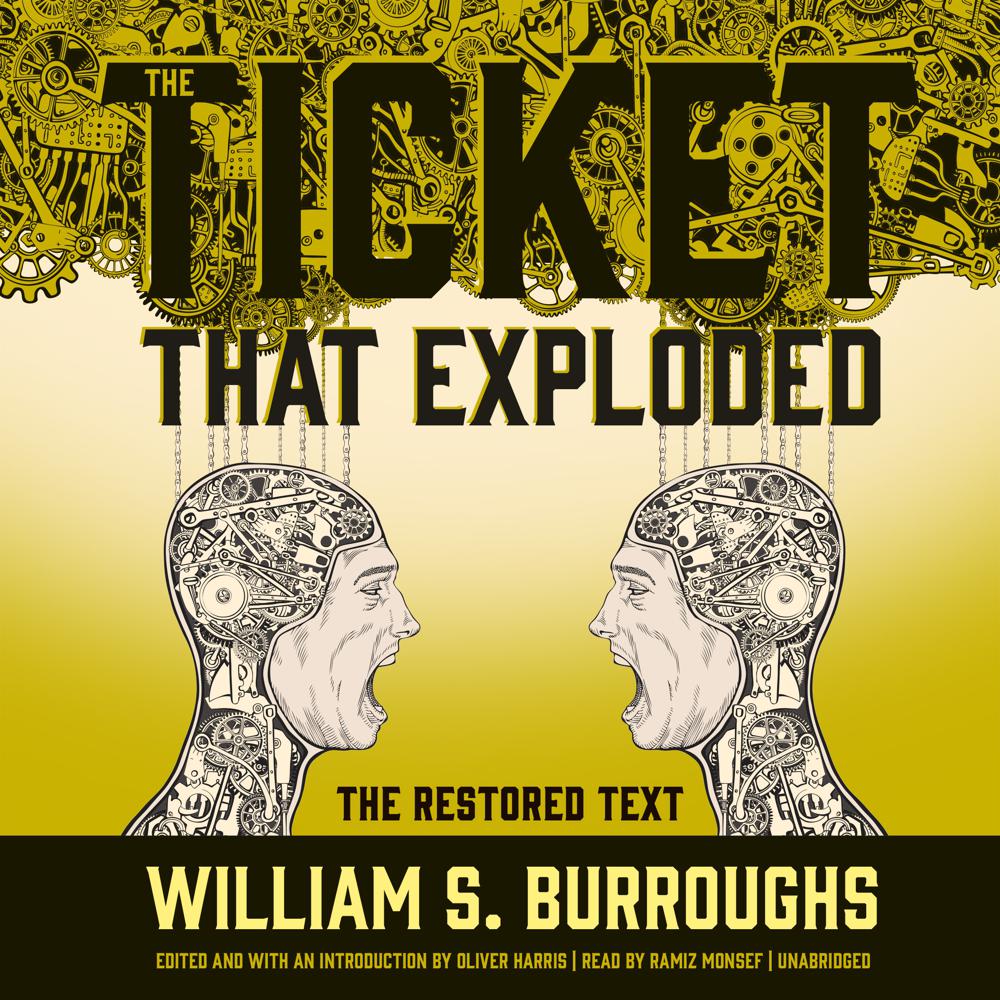 In The Ticket That Exploded, William S. Burroughs’ grand “cut-up” trilogy that starts with The Soft Machine and continues through Nova Express reaches its climax as inspector Lee and the Nova Police engage the Nova Mob in a decisive battle for the planet. Only Burroughs could make such a nightmare vision of scientists and combat troops, of ad men and con men whose deceitful language has spread like an incurable disease be at once so frightening and so enthralling.

“It is in books like The Ticket That Exploded that Burroughs seems to revel in a new medium for its own sake—a medium totally fantastic, spaceless, timeless, in which the normal sentence is fractured, the cosmic tries to push its way through bawdry, and the author shakes the reader as a dog shakes a rat.”

“The power of his imagination often carries his comedy far into the buried recesses of the psyche.”

“In Mr. Burroughs’ hands, writing reverts to acts of magic.”