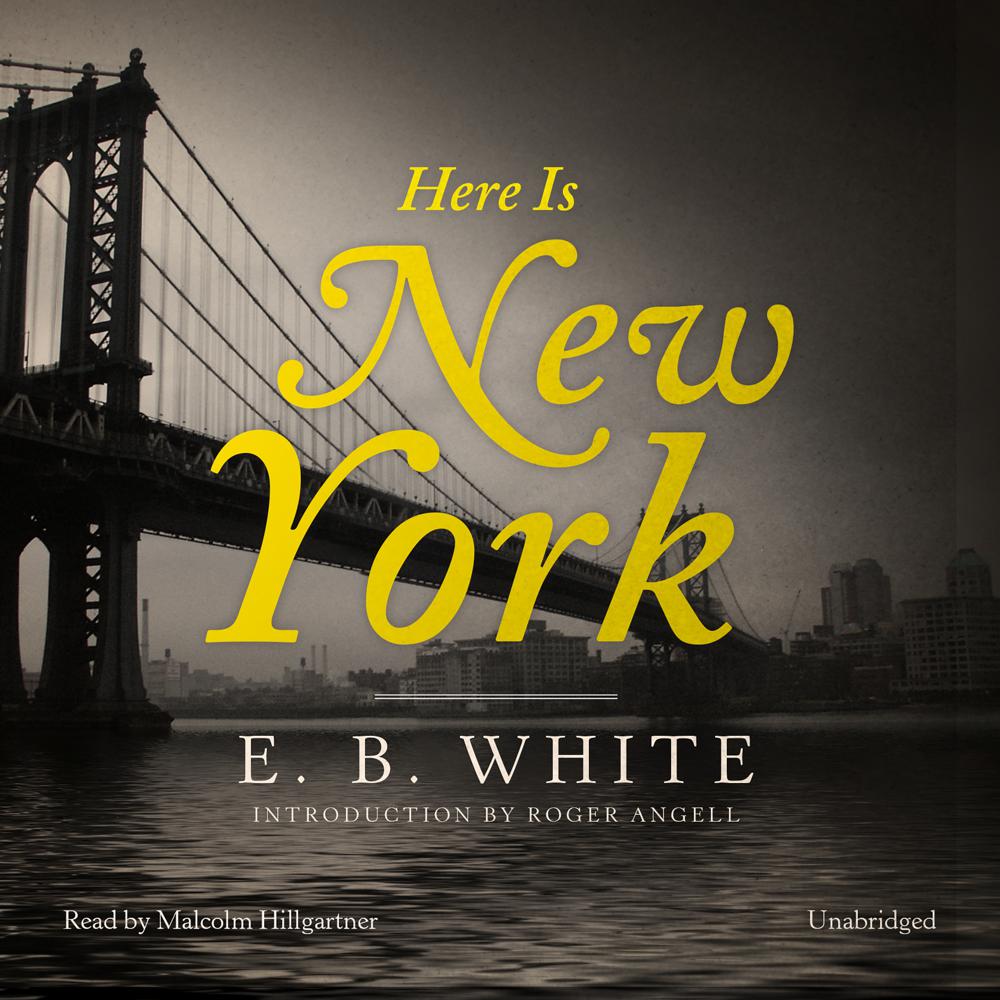 Perceptive, funny, and nostalgic, E. B. White’s stroll around Manhattan remains the quintessential love letter to the city, written by one of America’s foremost literary figures. The New York Times named Here Is New York one of the ten best books ever written about the metropolis, and the New Yorker called it “the wittiest essay, and one of the most perceptive, ever done on the city.”

Included with this essay are two short poems by E. B. White: “Commuter” and “Critic,” both published in the New Yorker in 1925.

“The finest portrait ever painted of the city at the height of its glory.”

“Just to dip into this miraculous essay—to experience the wonderful lightness and momentum of its prose, its supremely casual air, and surprisingly tight knit—is to find oneself going ahead and rereading it all.”

“The wittiest essay, and one of the most perceptive, ever done on the city.”

“One of the ten best books ever written about the metropolis.”

“A masterpiece of travel writing…After September 11, readers will find this book touching, and prescient, in striking ways…The charm isn’t just the city. It is also the utterly perfect prose of E. B. White.”

“This witty and perceptive praise song to New York is a classic.”

“Malcolm Hillgartner is a seasoned performer and narrator. His rich voice captures the quality of reminiscence that infuses both White’s and Angell’s words. Hillgartner seems as familiar with the New York neighborhoods (present and past) as the authors. His pace is perfect.”