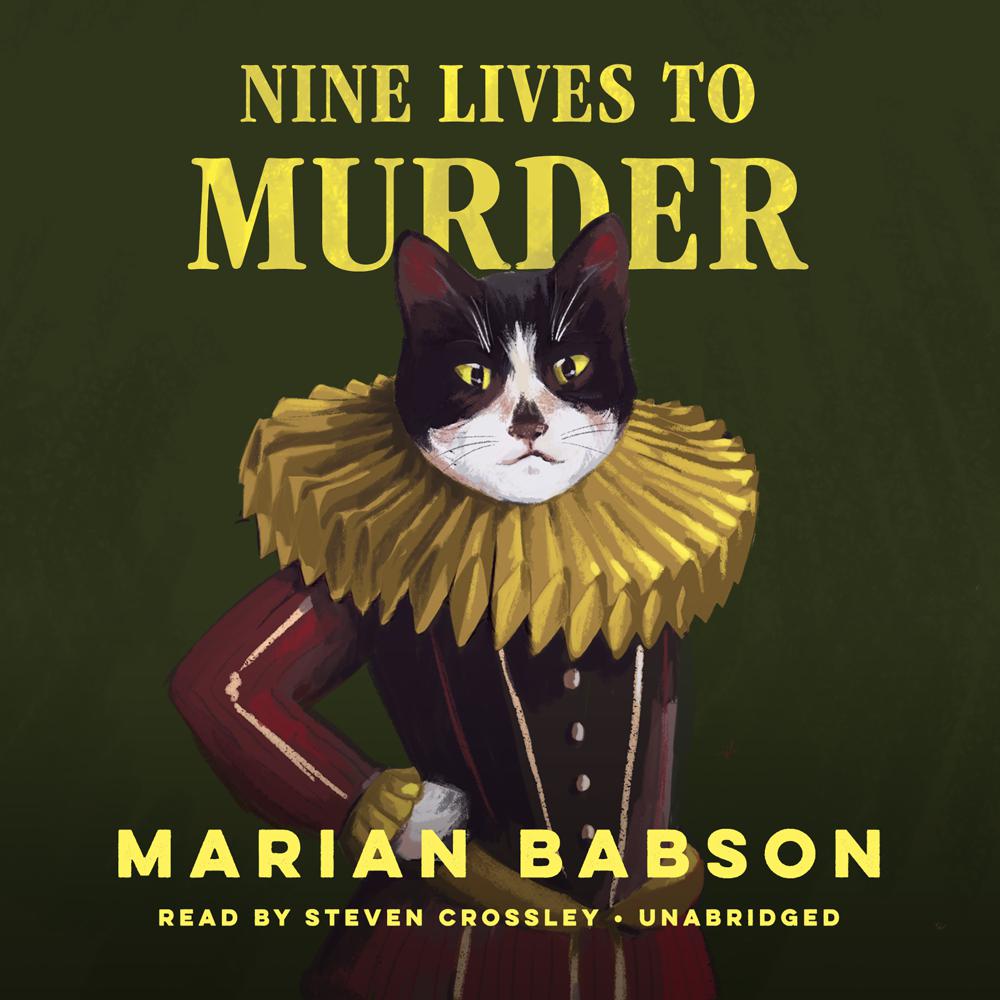 In this hilarious tour de chat, Marian Babson goes beyond the many bubbling mysteries she has written to add an element of comic fantasy to the menace of murder.

Someone is trying to kill leading British Shakespearean actor, husband, father, ladies’ man, and soon-to-be knight of the realm Winstanley Fortescue. The actor, rehearsing his starring role in the forthcoming play Serpent in the Heather, is conked on the head backstage. He falls off a ladder and lands on the resident pest-control officer, Montmorency D. Mousa (otherwise known as Monty), the company cat. When Fortescue comes to, he finds to his horror that he has become trapped in Monty’s body, while the cat, now installed in the heroic frame of the distinguished thespian, has been carted off to the intensive-care unit reserved for humans. How this actor, who has played to the crowned heads of Europe, suffers such indignities as being forced to use a litter box and having to evade his unknown enemy makes this most recent work tops among all the author’s delightful novels.

“Clever and catty in Nine Lives to Murder, the prolific author of more than thirty…novels in the comedy-of-manners vein demonstrates how to make a fluffy tale bristle…There seems no end to Ms. Babson’s ingenuity as she puts Win through his hilarious paces as a cat…For the marvels of metamorphosis, stick to Kafka. For the joy of cats, consider Ms. Babson.”

“Babson’s…comic latest is, quite simply, the cat’s meow.”

“Humorous dialogue and a creative plot.”