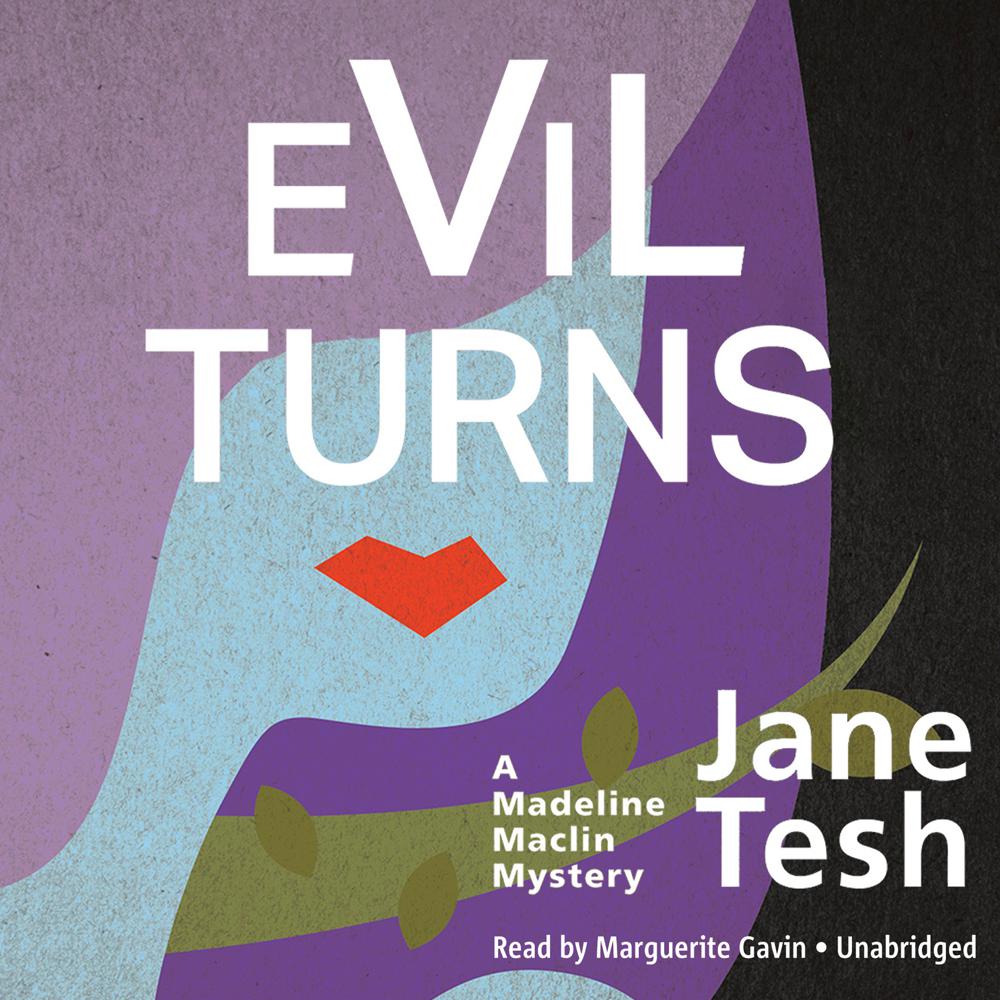 Murder by witchcraft? Private investigator and former beauty queen Madeline Maclin thought she’d seen it all in her small North Carolina town of Celosia. Yet Evil Turns, fifth in the lively series by Jane Tesh, opens with a young man’s body covered in strange occult symbols found in a local vineyard, putting Mac on notice that there is more than one witch in the neighborhood.

Years ago, a group of women in town formed Darkrose Coven, a practice now taken up by younger residents who insist that their dark rose tattoos only honor their favorite character from the popular Pagan Desires books and movies. Has the old coven reappeared? Is the new coven responsible for the ritualistic murder? Intrigue unfolds as Celosia prepares for its centennial.

The Women’s Improvement Society, led by wealthy, obnoxious Amanda Price, plans to create an outdoor musical drama, Flower of the South, extolling Emmaline Ross, one of the state’s first vintners. Amanda steamrolls past City Councilmember Harold Stover, who fears Celosia cannot afford this costly venture, and Nathan Fenton, who refuses to let her use his Camp Lakenwood land for the production. When Harold is murdered, Amanda is the prime suspect and she hires Mac to prove her innocence. Are the two murders connected? What about Megan Underwood, a local Wiccan from the defunct Peaceful Meadow commune, which had ties to the Darkrose Coven?

Megan complicates Mac’s inquiries, drifting in and out of town claiming she is Emmaline reborn. What is the secret the Darkrose Coven is so desperate to hide? Mac is stretched to the limit. Not only is she juggling her time investigating murder suspects, feuding locals, and a long-ago missing infant, she also has to fend off threats by a disreputable goon from her husband’s past. Her talented and charming spouse, Jerry Fairweather, had once been a con artist, and now their current life together, committed to the straight and narrow, could be totally wrecked. Madeline needs magic of her own to unravel the twists and turns of tangled relationships and to find one singular lost soul.

“Have witches returned to Celosia, NC? The symbols on the body of an unidentified man found in a local vineyard suggest so in Tesh’s entertaining fifth Madeline Maclin mystery…Tesh spins a pleasurable tale about a quirky couple and a small town filled with memorable characters. Series fans and newcomers alike will have fun.”

“Madeline, a beauty queen–turned–PI, lives happily with husband (and ex-con man) Jerry Fairweather in Celosia, NC. Life turns interesting when a body covered in arcane symbols turns up in a village vineyard…Lots of suspects keep Maddy busy in her fifth adventure…This immersive and picturesque cozy is a great choice for Joan Hess and Denise Swanson fans.”

“Mac’s fifth adventure is just as quirky as its predecessors, with the bonus of a stronger, more complex mystery.”