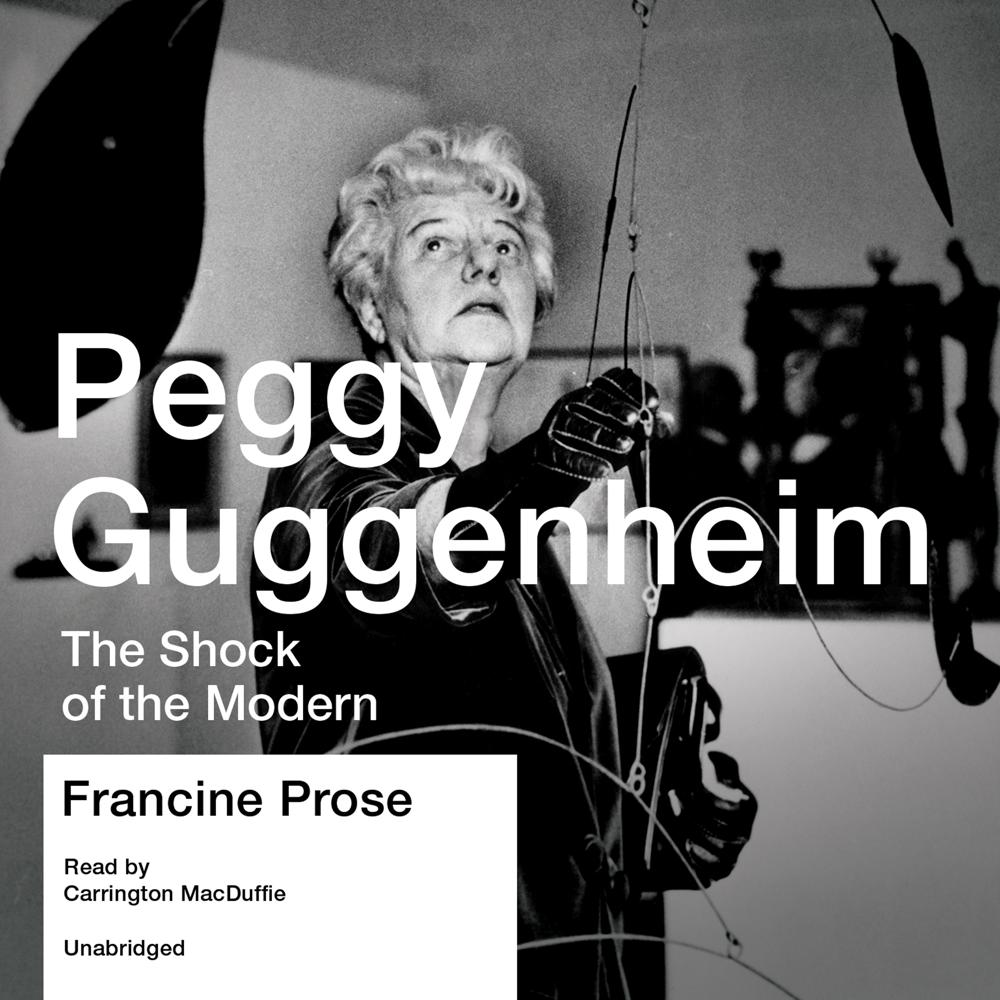 A spirited portrait of the colorful, irrepressible, and iconoclastic American collector who fearlessly advanced the cause of modern art.

One of twentieth-century America’s most influential patrons of the arts, Peggy Guggenheim (1898–1979) brought to wide public attention the work of such modern masters as Jackson Pollock and Man Ray. In her time, there was no stronger advocate for the groundbreaking and the avant-garde. Her midtown gallery was the acknowledged center of the postwar New York art scene, and her museum on the Grand Canal in Venice remains one of the world’s great collections of modern art. Yet as renowned as she was for the art and artists she so tirelessly championed, Guggenheim was equally famous for her unconventional personal life and for her ironic, playful desire to shock.

Acclaimed bestselling author Francine Prose offers a singular reading of Guggenheim’s life that will enthrall enthusiasts of twentieth-century art, as well as anyone interested in American and European culture and the interrelationships between them. The lively and insightful narrative follows Guggenheim through virtually every aspect of her extraordinary life, from her unique collecting habits and paradigm-changing discoveries to her celebrity friendships, failed marriages, and scandalous affairs. Prose delivers a colorful portrait of a defiantly uncompromising woman who maintained a powerful upper hand in a male-dominated world. She also explores the ways in which Guggenheim’s image was filtered through the lens of insidious anti-Semitism.

“This vibrant biography shows that her cultural influence went far beyond mere philanthropy.”

“Excellent…Prose is a subtle and attentive chronicler.”

“Prose does justice to this great modern Maecenas.”

“Prose…is determined not to miss either the strangeness or the marvelousness of her subject. Guggenheim…will no longer be quite so easily dismissed after Prose’s incisive book.”

“Prose situates Guggenheim right in the middle of the Modernist, as a new kind of woman who is hard to define, and in that she is a perfect product and reflection of her age, never less than fascinating.”

“Guggenheim…emerges as the embodiment of the age in Prose’s judicious biography.”

“Skillfully blends the events of Guggenheim’s experience with details about the twentieth-century art scene, all in a vivid setting of time and place.”

“An adroit and lively portrait.”