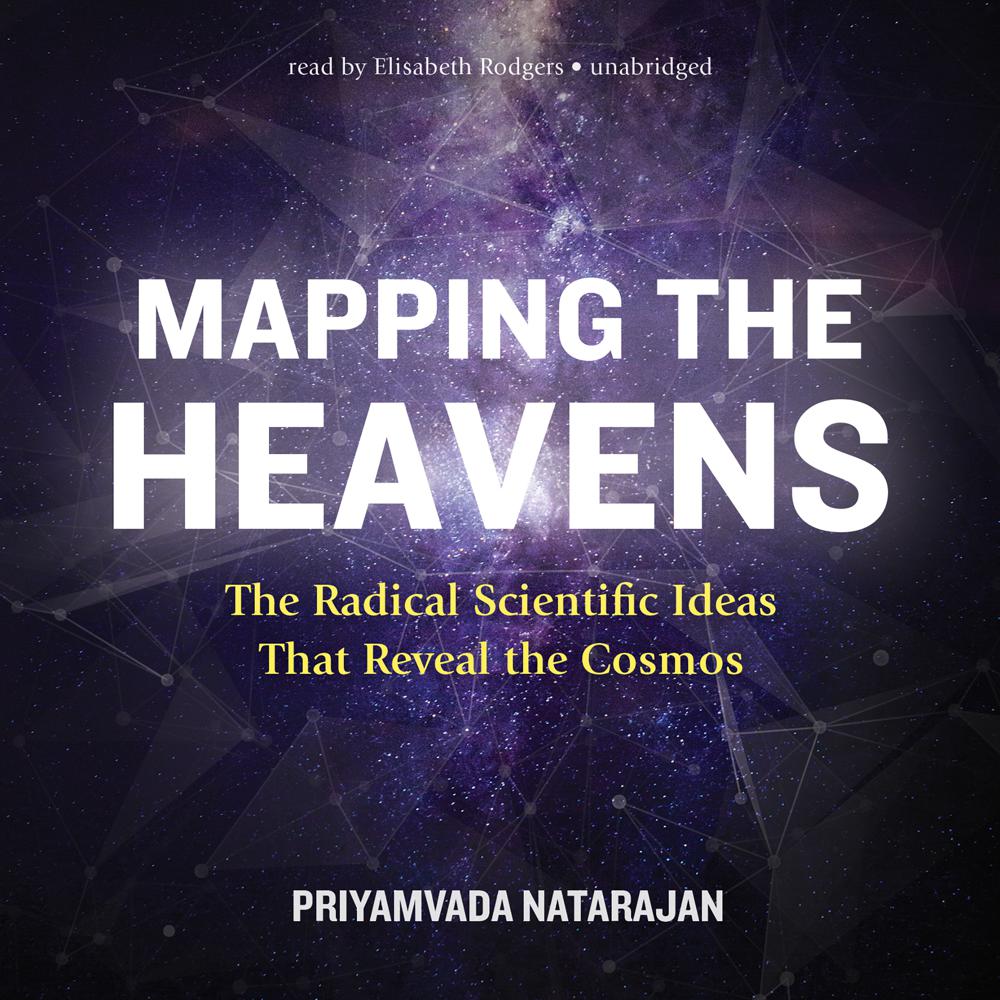 Mapping the Heavens provides a tour of the “greatest hits” of cosmological discoveries—the ideas that reshaped our universe over the past century. The cosmos, once understood as a stagnant place filled with the ordinary, is now a universe that is expanding at an accelerating pace, propelled by dark energy and structured by dark matter. Priyamvada Natarajan, our guide to these ideas, is at the forefront of the research—an astrophysicist who literally creates maps of invisible matter in the universe. She not only explains for a wide audience the science behind these essential ideas but also provides an understanding of how radical scientific theories gain acceptance.

The formation and growth of black holes, dark matter halos, the accelerating expansion of the universe, the echo of the big bang, the discovery of exoplanets, and the possibility of other universes—these are some of the puzzling cosmological topics of the early twenty-first century. Natarajan discusses why the acceptance of new ideas about the universe and our place in it has never been linear and always contested even within the scientific community. And she affirms that, shifting and incomplete as science always must be, it offers the best path we have toward making sense of our wondrous, mysterious universe.

“A highly readable, insider’s view of recent discoveries in astronomy.”

“Fascinating…shows that our current knowledge of our universe keeps on expanding month to month…A beautiful book.”

“Part history, part science, all illuminating. If you want to understand the greatest ideas that shaped our current cosmic cartography, read this book.”

“Natarajan bring a philosophical and well-informed historical depth to [her topic], consistently tying them in the theme of her passion for mapping…She deals with subjects that are extremely complex but makes them very clear, and the book is packed with well-researched facts.”

“The human view of the universe has changed radically over the last century, and this accessible work from Natarajan, professor of astronomy and physics at Yale, highlights those changes as well as the personalities—and the battles—behind them…By introducing the major players behind each discovery, Natarajan adds a lively human touch to her discussion, reinforcing the dynamism of a field that ‘fans human curiosity and is driven by it as well.’”

“Listeners will be mesmerized by this audiobook as it unfolds its little-known cosmological booty. Using pacing, expression, and a confident tone, narrator Elisabeth Rodgers gives a flawless performance…It’s a spellbinding listen with a super guide. Winner of AudioFile Earphones Award.”

“An authoritative guide to the major cosmological breakthroughs of the past century.”

“This excellent book describes the boisterous debates and hard slog whereby our current understanding of the cosmos has emerged. It’s especially welcome as a faithful portrayal of how science is actually done.”

“[An] insightful overview of the hottest topics in astronomy today.”