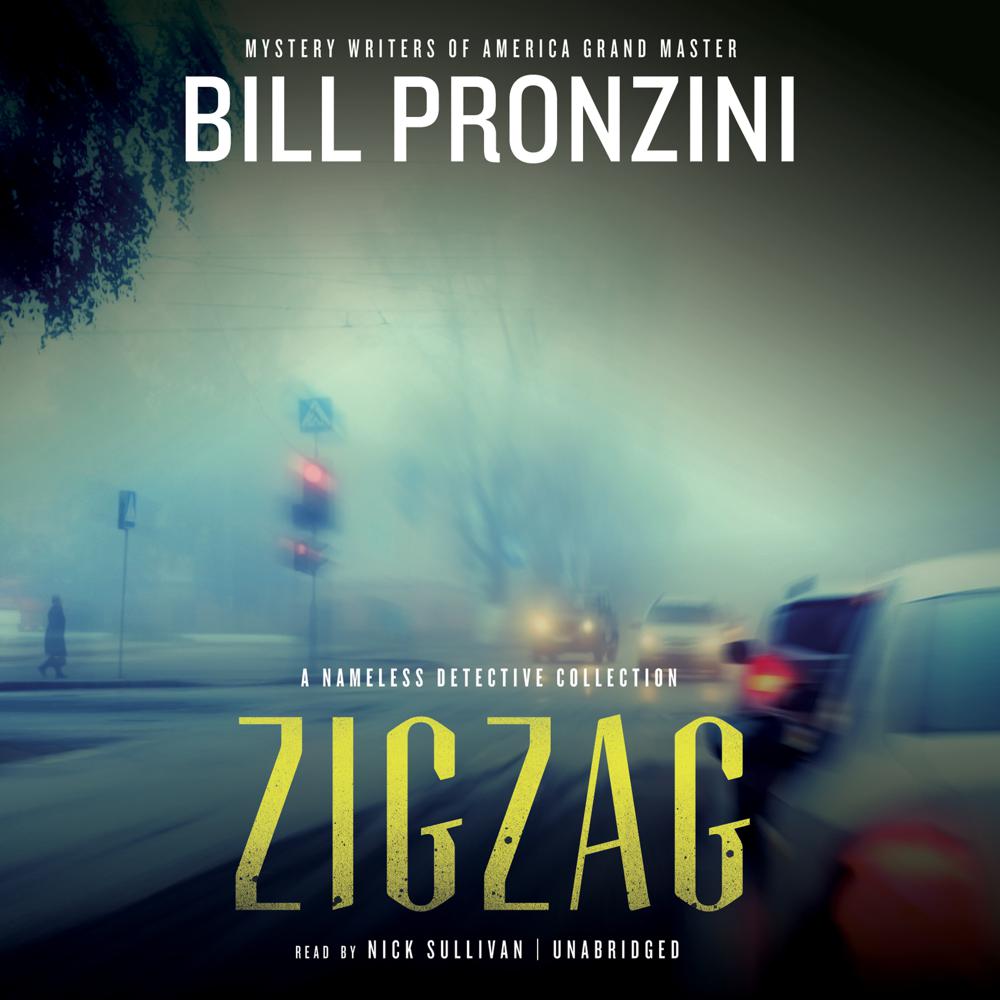 “Zigzag” is an original novella, in which a safe and simple accident investigation becomes the unraveling of a twisted murder scheme.

“Grapplin’,” which first appeared in Ellery Queen’s Mystery Magazine, deals with the kind of missing person case that can end in only one of two ways, closure or heartbreak.

In the second short, “Nightscape,” listeners discover how, indeed, one thing just leads to another. (This story was first published in Ellery Queen’s Mystery Magazine as “The Winning Ticket.”)

The final work, “Revenant,” is another original novella and entangles Nameless in a weird crime with fearful occult overtones.

“This so-called novel in MWA Grandmaster Pronzini’s consistently superior Nameless Detective series consists of two new novellas and two previously published short stories set in the San Francisco Bay area…Pronzini is economical with his details, providing just the right ones to bring each scene to life.”