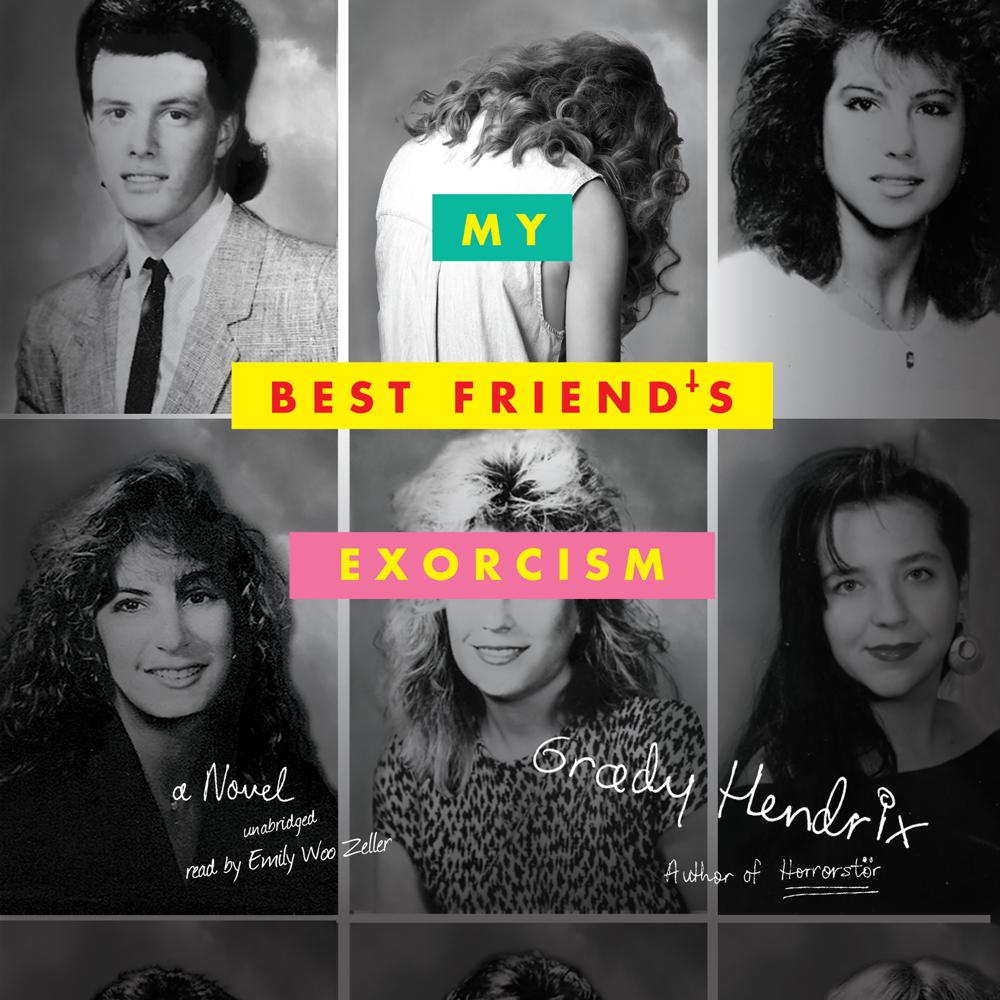 A heartwarming story of friendship and demonic possession

The year is 1988. High school sophomores Abby and Gretchen have been best friends since the fourth grade. But after an evening of skinny dipping goes disastrously wrong, Gretchen begins to act … different. She’s moody. She’s irritable. And bizarre incidents keep happening whenever she’s nearby.

Abby’s investigation leads her to some startling discoveries—and by the time their story reaches its terrifying conclusion, the fate of Abby and Gretchen will be determined by a single question: Is their friendship powerful enough to beat the devil?

Like an unholy hybrid of Beaches and The Exorcist, My Best Friend’s Exorcism blends teen angst, adolescent drama, unspeakable horrors, and a mix of 80s pop songs into a pulse-pounding supernatural thriller.

“The book’s pulpier moments of goop and gore are offset by Hendrix’s perceptive grasp of even yuckier adolescent social politics…After all, who among us hasn’t at one point suspected that our former bestie was secretly the devil?”

“This tale of ’80s gal pals dealing with a demonic intrusion could easily a have been a paperback original during horror’s boom period—and that’s a compliment.”

“This genre-bending hoot of a novel…If The Exorcist had been authored by Tina Fey instead of William Peter Blatty, it might have borne an uncanny resemblance to what Grady Hendrix has accomplished with My Best Friend’s Exorcism…Fans of satire, nostalgia, dark comedy and, well, demons should read this book.”

“Hendrix was outrageously inventive with his debut novel and continues his winning streak with a nostalgic (if blood-soaked) horror story to warm the hearts of Gen Xers.”

“Hendrix brings his blend of dark humor and horror back in this perfect balance of teenage dread and supernatural thrills.”

“Fast-paced and witty, the novel balances moments of true horror with a portrait of true friendship and the lengths to which one friend will go for another.”