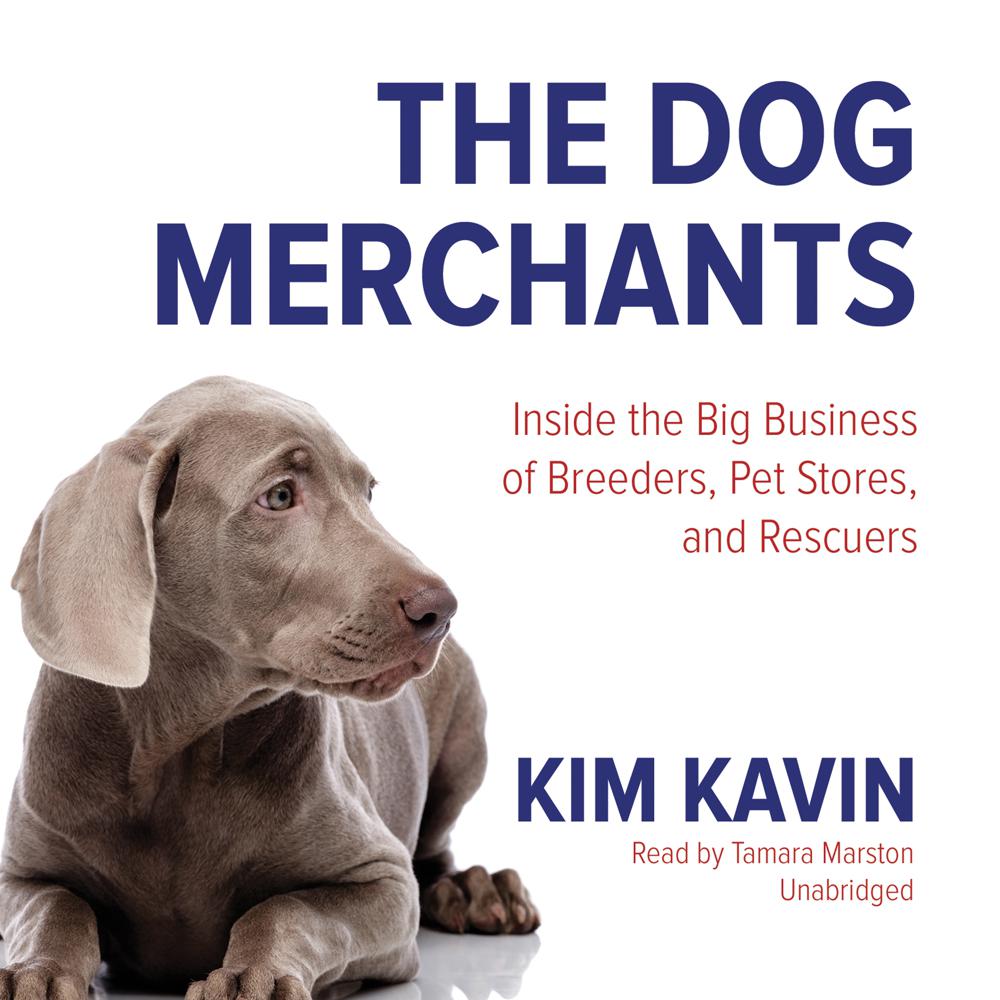 We love them with all our hearts, but do we really know where our dogs came from? Kim Kavin reveals the complex network behind the $11-billion-a-year business of selling dogs. A must-listen for the benefit of all dogs everywhere.

In what promises to become an Omnivore’s Dilemma for dog lovers—breed devotees and adoption advocates alike—The Dog Merchants is the first book to explain the complex and often surprisingly similar business practices that extend from the American Kennel Club to local shelters, from Westminster champions to dog auctions.

Without judging dog lovers of any stripe, The Dog Merchants makes it clear that money spent among these dog merchants has real-world effects on people and canines. Kavin reveals how dog merchants create markets for dogs, often in defiance of the usual rules of supply and demand. She takes an investigative approach and meets breeders and rescuers at all levels, shedding much-needed light on an industry that most people don’t even realize is an industry.

Kavin’s goal is to advance the conversation about how all dogs are treated, from puppy mills to high-kill shelters. She shows that a great deal can be improved by understanding the business practices behind selling dogs of all kinds. Instead of pitting rescue and purebred people against each other, The Dog Merchants shows how all dog lovers can come together, with one voice as consumers, on behalf of all our beloved companions.

Dogs as pets, Animals and society, Business and Management

“We must be their ally, their voice. The Dog Merchants shows you that the way to start is to be a conscious consumer.”

“That Kim Kavin sees questions where the rest of the world sees everyday life is what makes her a great reporter. That she gets answers is what makes The Dog Merchants such a necessary and compelling read.”

“A riveting, informative, and important look at how man’s best friend became man’s hottest commodity. Brilliantly explores both sides of every issue in a surprisingly even-handed manner, while steadfastly remaining a passionate advocate for the dogs caught in the middle.”

“The book’s primary focus is an investigative examination of the business practices of dog sales, and it is clear that Kavin’s intent is for conscious consumers to use their pocketbooks to force all breeders to produce healthy dogs that are ultimately good family members. Essential reading for all dog lovers, this balanced work will become the standard on this topic.”

“Will inevitably raise the hackles of breeders who believe they are being depicted unfairly. But those who are breeding and raising dogs responsibly will find validation in their endeavors—and consumers seeking to buy or adopt dogs will benefit from the information Kavin has gathered as they make their decisions.”

“Kavin wades into the eleven billion dollar dog business in this devastatingly clear-cut exposé…Kavin’s findings are enraging, and there is no one to blame for this mess but ourselves.”

“A hard-hitting exploration of the idea of ‘dogs as a product’…A scathing indictment of an industry run amok; belongs on every pet lover’s bookshelf.”

“Deeply researched, entertainingly written, and incredibly thorough. Read it before you pick out your next puppy.”