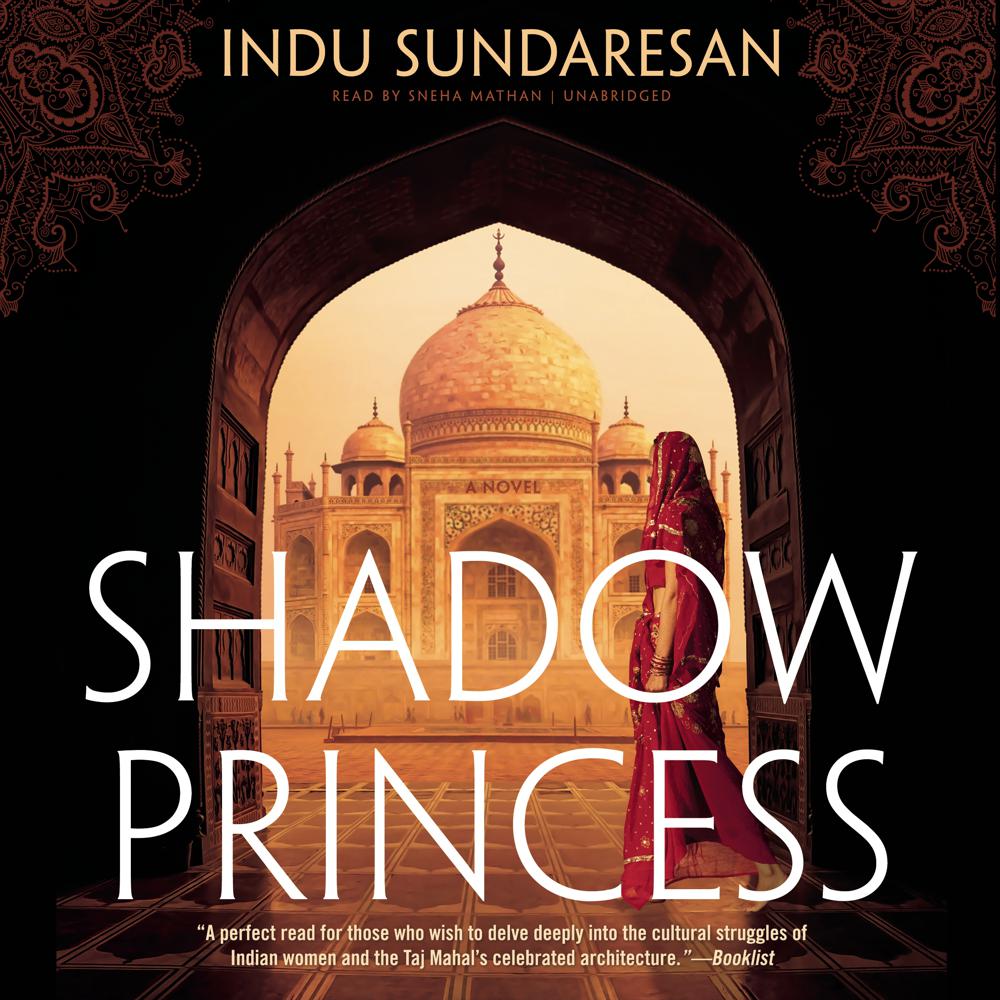 Trapped in the shadow of the magnificent tomb their grief-stricken father is building for his beloved deceased wife, the emperor’s daughters compete for everything: control over the imperial harem, their father’s affection, and the future of their country. They are forbidden to marry and instead choose to back different brothers in the fight for ultimate power over the throne. But only one of the sisters will succeed.

With an enthusiasm for history and a flair for rich detail, Indu Sundaresan brings listeners deep into the complicated lives of Indian women of the time period and highlights the profound history of one of the most celebrated works of architecture in the world, the Taj Mahal.

“Shadow Princess is an exhilarating mixture of…emotion and intrigue, extravagance and architecture.”

“Sundaresan returns to seventeenth-century India in this romantic fictionalization of the life of Jahanara, the oldest child of the empress Mumtaz Mahal, Shah Jahan’s cherished wife…Sundaresan has a scholar’s fascination with the period; she’s at her best describing the opulent court or the construction of the Taj Mahal.”

“Sundaresan marshals extensive knowledge of Indian culture and history to tell the story of Roshanara and Jahangir as well as that of the Taj Mahal. A perfect read for those who wish to delve deeply into the cultural struggles of Indian women and the Taj Mahal’s celebrated architecture.”

“A mine of fabulous detail on the daily lives of the Mughal emperors.”