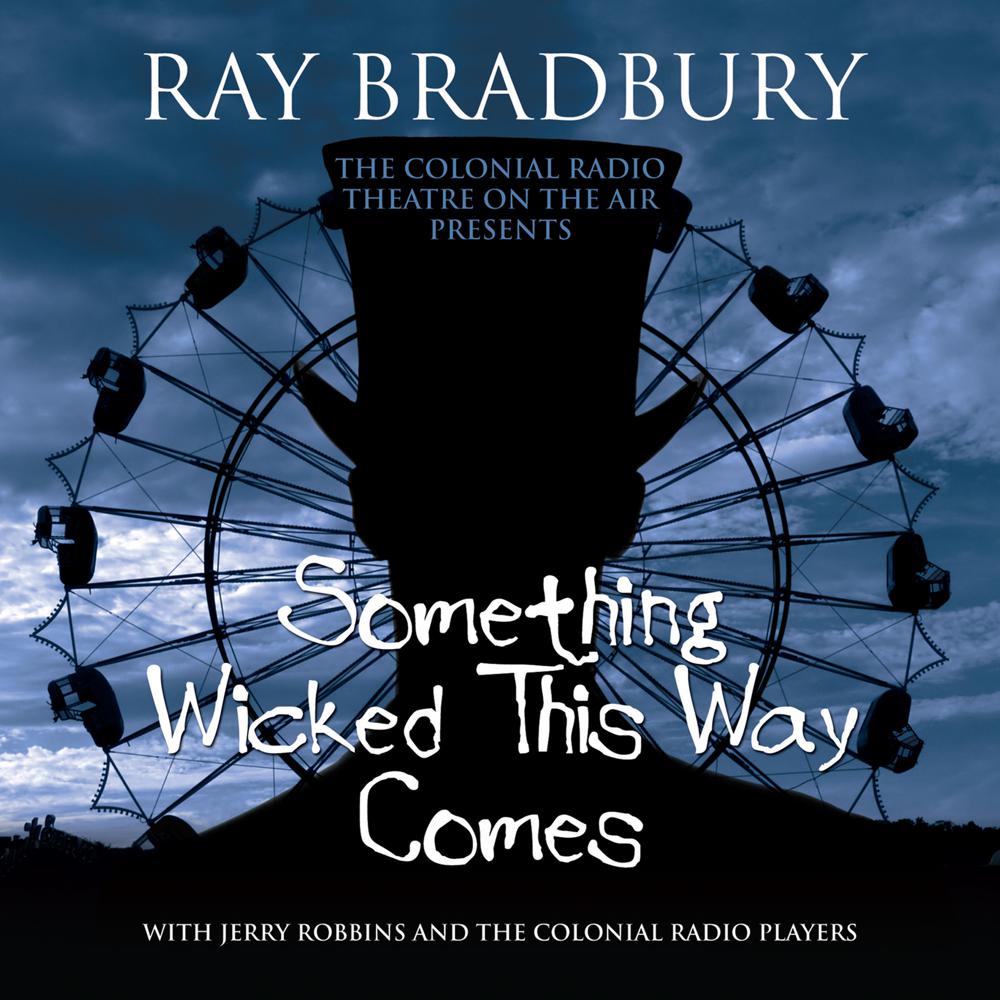 "By the pricking of my thumbs … something wicked this way comes."

Ray Bradbury has dramatized his literary classic, Something Wicked This Way Comes, into this first-class audio drama, produced by the Colonial Radio Theatre on the Air, complete with a full cast, sound effects, and original music.

"Cooger and Dark's Pandemonium Shadow Show" comes to Greentown, Illinois, one week before Halloween. Two boys, Jim Nightshade and Will Halloway, soon discover the evil of this carnival, which promises to make your every wish and dream come true. But with those wishes and dreams comes a price that must be paid. Behind the mirrors and the mazes is the nightmare of a lifetime.

Few American novels written in the twentieth century have endured in the heart and memory as has Ray Bradbury's unparalleled literary classic Something Wicked This Way Comes. For those who still dream and remember, for those yet to experience the hypnotic power of its dark poetry, step inside. The show is about to begin.

“A dark fantasy set in a small town, its people are brought to life so expertly readers feel very much like citizens...even when their adopted hometown is menaced by outside forces against which it is helpless. Bradbury’s prose is musical and hypnotic, fully engaging the senses and emotions. This is a book, once opened, that truly makes the real world disappear.”

“If rational beings had created the 100 best books of the century list, this one would surely have been on it.”

“One of the great classics of fantasy…A nightmarishly gripping page-turner.”