Outtakes from the Grave
Jeaniene Frost 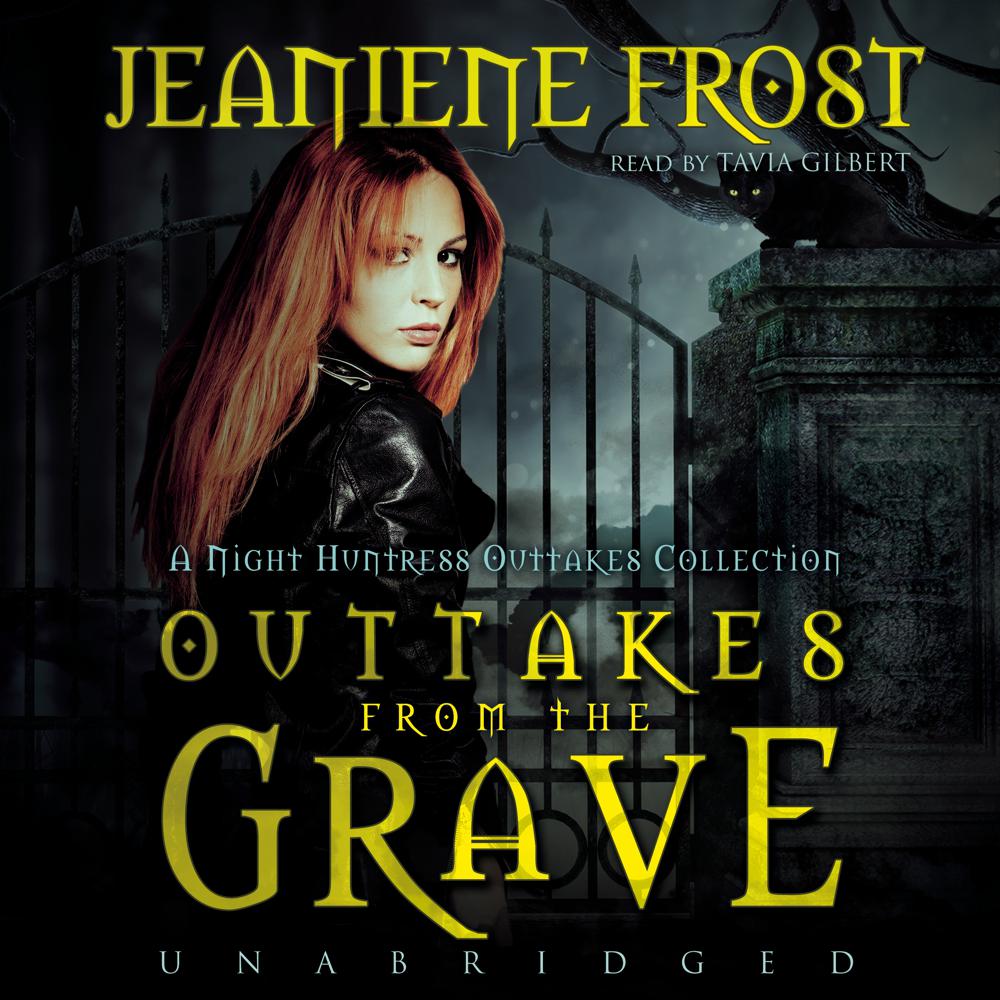 Revisit Cat and Bones in this companion anthology to the Night Huntress series, and see what could’ve happened.

With deleted scenes—some never-before-seen by the public—and alternate histories, forgotten side-plots, additional love scenes, and increased personal revelations, this anthology is the culmination of the decade’s worth of hidden work that went into Cat and Bones’ story.

While writing the fourth book in the series, author Jeaniene Frost, at the insistence of her husband, pursued the idea of getting the first one, Halfway to the Grave, finally published. Paring her stories down to only the scenes that kept the pacing taut and advanced the main plot was a ruthless process. Though she loved the original versions of the stories, it is sometimes a necessary evil to “kill your darlings,” as Stephen King would say. In the end, it was worth every strike of the pen—Cat and Bones became a reality. The Night Huntress series went on to be a New York Times bestselling series, winning awards and spawning several spin-off series and amassing a cult following across the nation.

Here Jeaniene Frost has amassed all of her extra writings from the first four books which have been heretofore hidden away on old disks and CDs, in long-forgotten emails, and guarded behind password-protected files to reveal the what-could-have-beens in the lives of Cat, Bones, Mencheres, Vlad, and more.