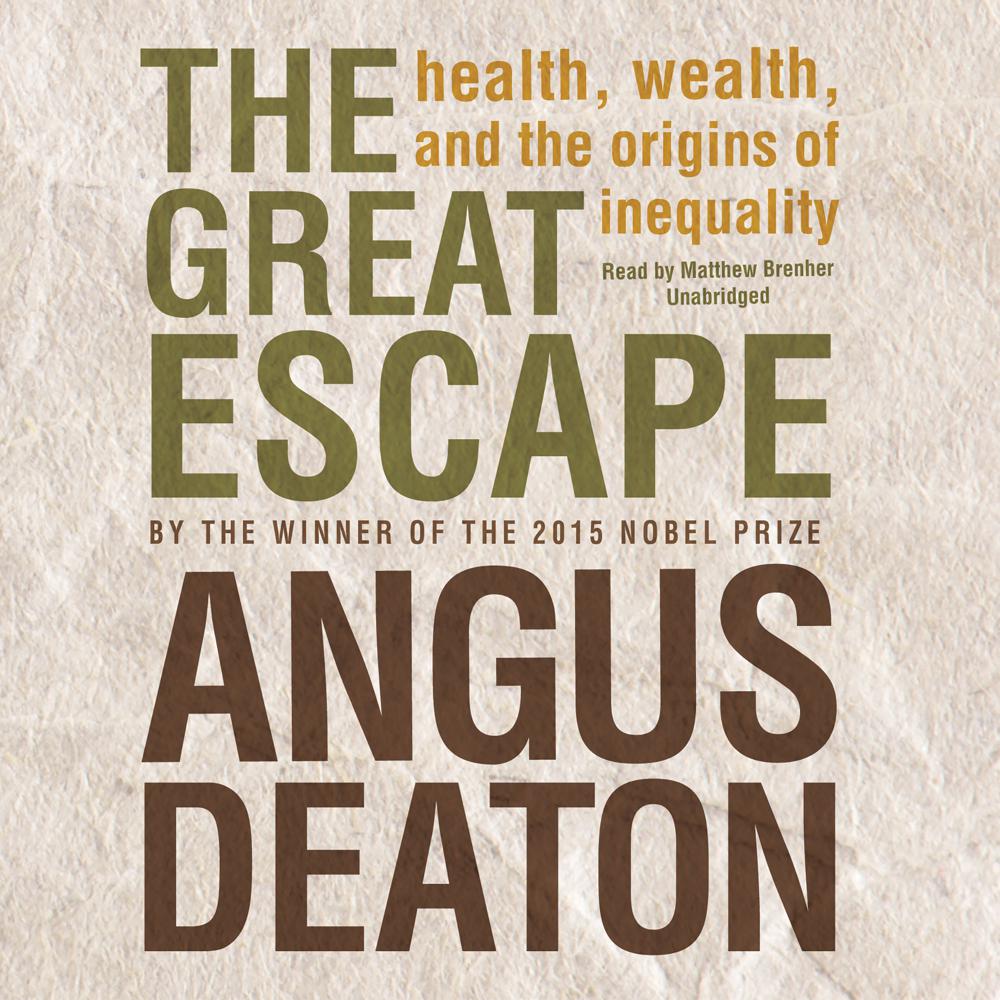 The world is a better place than it used to be. People are healthier, wealthier, and live longer. Yet the escapes from destitution by so many has left gaping inequalities between people and nations. In The Great Escape, Angus Deaton—one of the foremost experts on economic development and on poverty—tells the remarkable story of how, beginning 250 years ago, some parts of the world experienced sustained progress, opening up gaps and setting the stage for today’s disproportionately unequal world. Deaton takes an in-depth look at the historical and ongoing patterns behind the health and wealth of nations, and addresses what needs to be done to help those left behind.

Deaton describes vast innovations and wrenching setbacks: the successes of antibiotics, pest control, vaccinations, and clean water on the one hand, and disastrous famines and the HIV/AIDS epidemic on the other. He examines the United States, a nation that has prospered but is today experiencing slower growth and increasing inequality. He also considers how economic growth in India and China has improved the lives of more than a billion people. Deaton argues that international aid has been ineffective and even harmful. He suggests alternative efforts—including reforming incentives to drug companies and lifting trade restrictions—that will allow the developing world to bring about its own Great Escape.

Demonstrating how changes in health and living standards have transformed our lives, The Great Escape is a powerful guide to addressing the well-being of all nations.

“If you want to learn about why human welfare overall has gone up so much over time, you should read The Great Escape.”

“One of the most succinct guides to conditions in today’s world…The story Deaton tells—the most inspiring human story of all—should give all of us reason for optimism, so long as we are willing to listen to its moral.”

“The Great Escape combines, to a rare degree, technical sophistication, moral urgency, the wisdom of experience, and an engaging and accessible style. It will deepen both your appreciation of the miracle of modern economic growth and your conviction that the benefits can and should be much more widely enjoyed.”

“Deaton’s lucid book celebrates the riches brought by growth while judiciously explaining why some people are always ‘left behind.’ He draws a distinction between the inequalities that are opened up by advances in knowledge and those caused by flawed political systems…The book’s rich historical and geographical context adds to the power of this message.”

“It would make for delightful reading for economists, donors, and policy makers.”