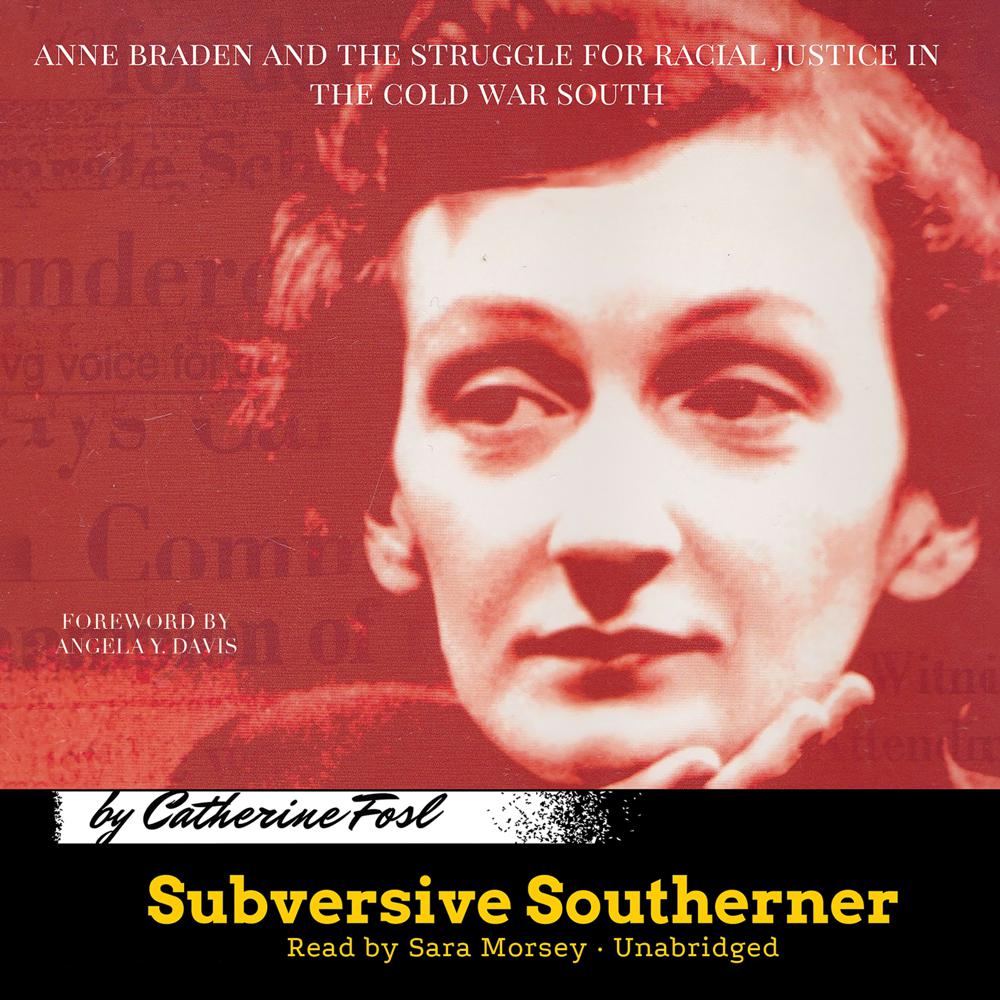 Anne McCarty Braden (1924–2006) rejected her segregationist, privileged past to become one of the civil rights movement’s staunchest white allies.

In 1954 she was charged with sedition by McCarthyist politicians who played on fears of communism to preserve southern segregation. Though Braden remained controversial―even within the civil rights movement―in 1963 she became one of only five white southerners whose contributions to the movement were commended by Reverend Martin Luther King Jr. in his famed “Letter from Birmingham Jail.” Braden’s activism ultimately spanned nearly six decades, making her one of the most enduring white voices against racism in modern US history.

Subversive Southerner is more than a riveting biography of an extraordinary southern white woman; it is also a social history of how racism, sexism, and anticommunism intertwined in the twentieth-century South as ripples from the Cold War divided the emerging civil rights movement.

“Anne Braden was one of the courageous few who crossed the color line to fight for racial justice. Her history is a proud and fascinating one…Please read this book.”

“Laying out the inescapable interconnection of civil rights and civil liberties is Fosl’s most impressive accomplishment.”

“An excellent and inspiring read.”

“An achievement that deftly integrates biography with both regional and national history.”

“A compelling picture of a person committed to the cause of racial justice.”

“Fosl conveys the bravery and uncompromising convictions that made Anne Braden an important figure.”

“Narrator Sara Morsey’s conversational style is ideal for this biography…Morsey uses a Southern accent only for quotes from such such figures as civil-rights leader Julian Bond and colorful Alabama governor and activist Big Jim Folsom…A glimpse of Braden’s family life adds poignancy to Fosi’s well-researched biography.”

“Among the very best of the feminist biographies that have changed the way women imagine—and live—their lives.”