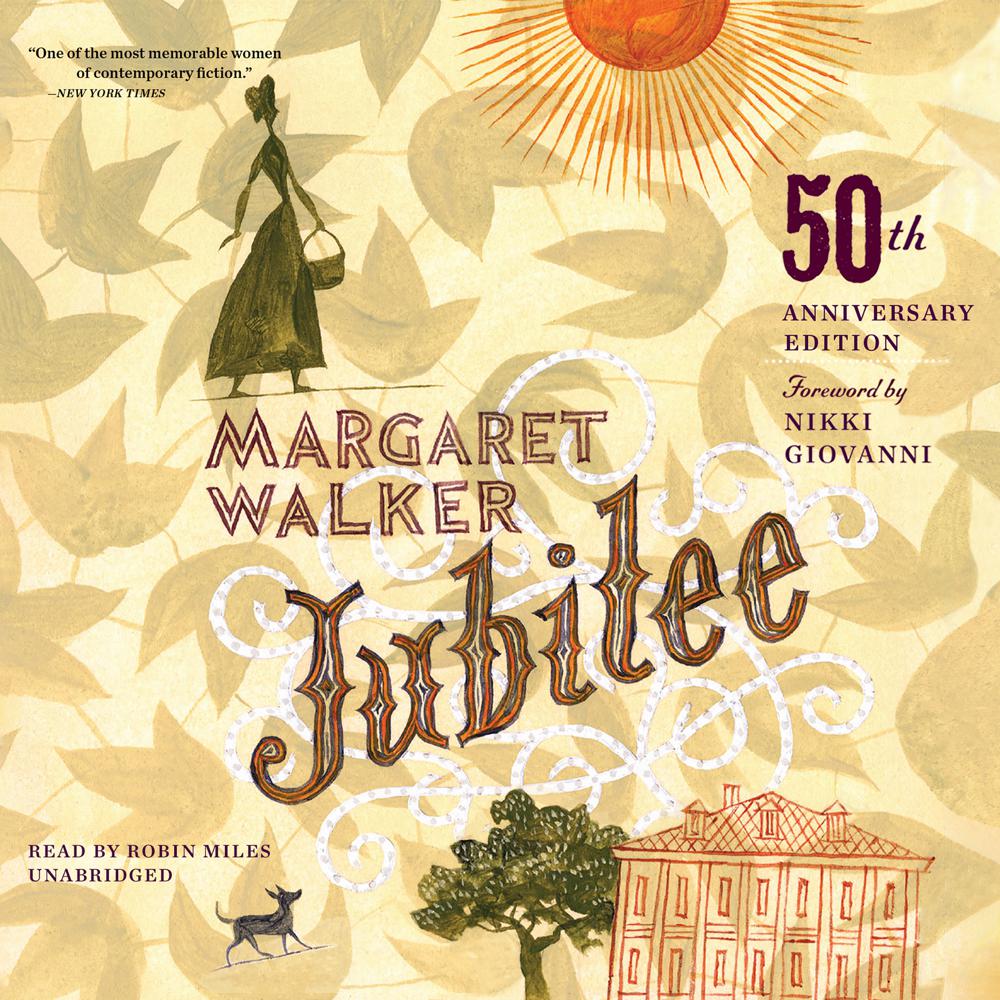 Jubilee tells the true story of Vyry, the child of a white plantation owner and his black mistress. Vyry bears witness to the South’s antebellum opulence and to its brutality, its wartime ruin, and the promises of Reconstruction.

Weaving her own family’s oral history with thirty years of research, Margaret Walker’s novel brings the everyday experiences of slaves to light. Jubilee churns with the hunger, the hymns, the struggles, and the very breath of American history.

“Chronicles the triumph of a free spirit over many kinds of bondage.”

“Do yourself a favor by picking up Jubilee.”

“Robin Miles is the masterful narrator of this groundbreaking American novel. Hearing her musical voice, listeners will be inspired to root for the ‘yellow girl’ Vyry…She endows the wide cast of characters with distinctive pitches, tones, and dialects. Enslaved and free, poor and rich, old and young, black and white, these characters come to life as Miles effortlessly enacts the details of everyday life and everyday brutality. Haunting, vivid, and beautiful, this jubilant audiobook does justice to the masterwork and its exquisitely told story.”