To Davy Jones Below
Carola Dunn 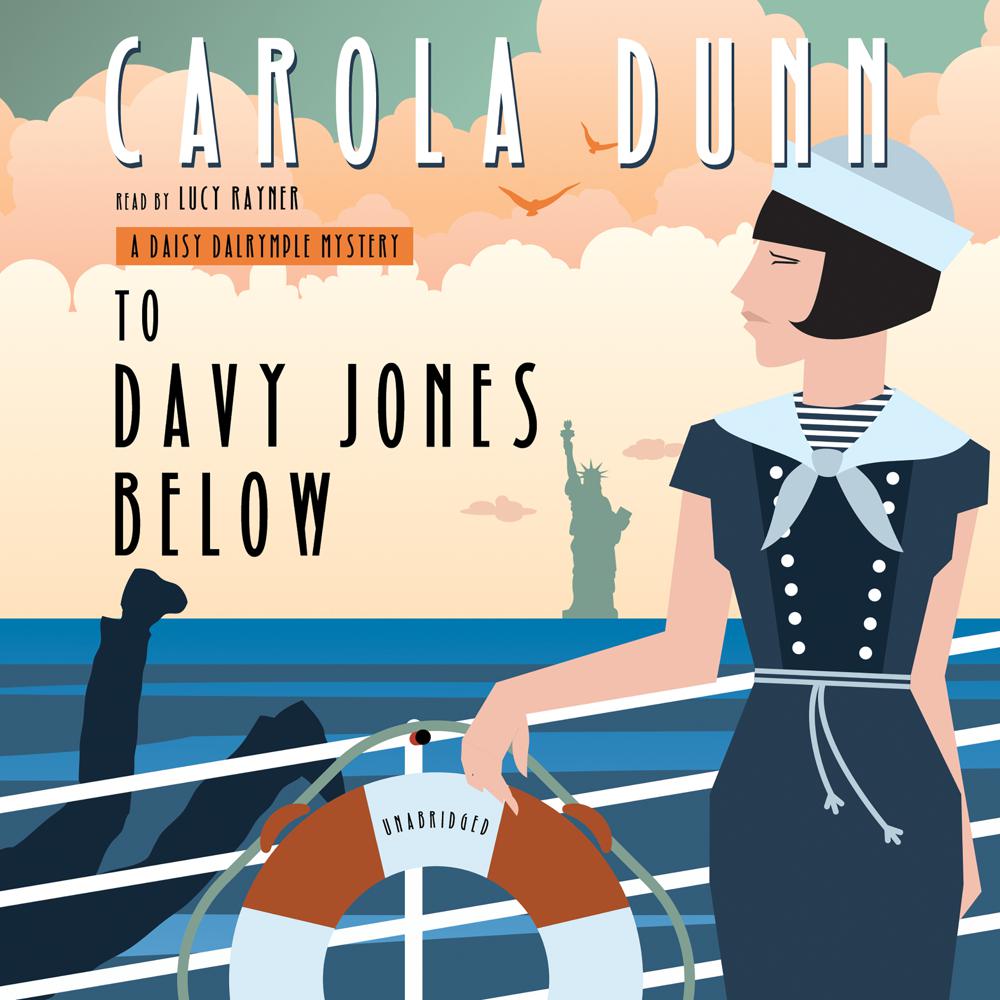 In late 1926, the newly married Daisy Dalrymple and Detective Chief Inspector Alec Fletcher of Scotland Yard take an ocean voyage to America for their honeymoon. Daisy and Alec are accompanied by Daisy’s childhood friend Phillip Petrie, his wife, Gloria, and Gloria’s father, American millionaire industrialist Caleb P. Arbuckle, and all are looking forward to a pleasant, uneventful trip. But at the last minute they are joined by Arbuckle’s new friend, Yorkshire millionaire Jethro Gotobed, and his new wife, Wanda, a showgirl whom all but Gotobed are convinced is a gold digger of the worst sort.

Then, having barely lifted anchor, the ocean liner is beset by a series of suspicious accidents and deaths. With harsh weather and rough seas putting many out of commission due to seasickness—including Alec—it soon falls to Daisy to figure out what connection there might be between the seemingly unrelated incidents. Convinced that there’s a murderer aboard ship, Daisy must unmask the culprit or culprits before she or anyone else falls victim.

“Ocean voyages make for colorful murder settings, and this outing, set in 1926, is particularly enjoyable. Ms. Dunn does a fine job describing the social mores of the time, and both Daisy and Alan are winning characters.”

“A charming series of mysteries set in 1920s England…Besides a nice period feel, Dunn provides the usual likable cast…Daisy and Alec have to wonder who among their acquaintances on the Talavera is a murderer and what is his or her true motive, but they’re not even certain who the intended victim was…Dunn manages some good twists to keep her detecting duo proving their mettle. Fans of light historical whodunits should be well pleased.”

“The 1920s setting gives Dunn lots of opportunity to pepper the story with details of the times…Entertaining.”

“While Alec struggles manfully with seasickness, it takes all of Daisy’s sleuthing skills to figure out the victim’s identity and the motives involved…An interesting backdrop and a livelier cast of characters than usual. Daisy’s legion of fans will be delighted.”