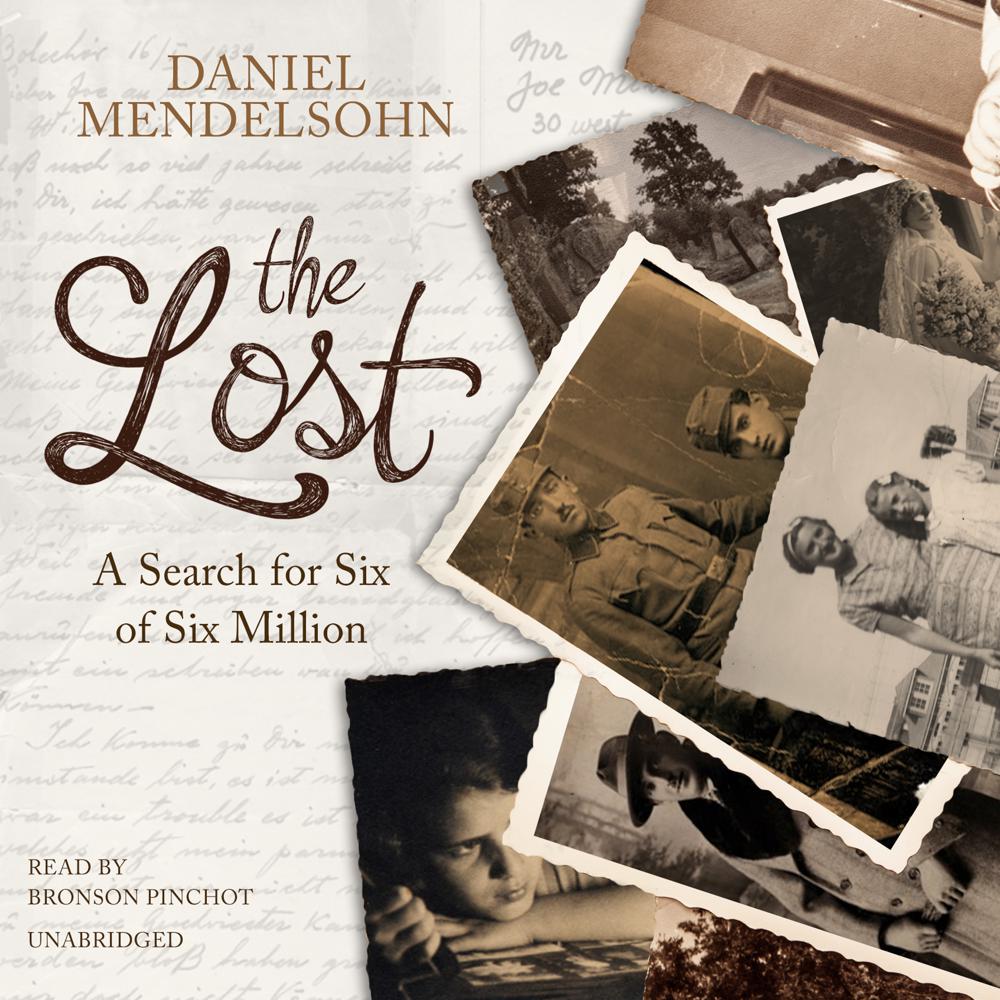 In this rich and riveting narrative, a writer’s search for the truth behind his family’s tragic past in World War II becomes a remarkably original epic—part memoir, part reportage, part mystery, and part scholarly detective work—that brilliantly explores the nature of time and memory, family and history.

The Lost begins as the story of a boy who grew up in a family haunted by the disappearance of six relatives during the Holocaust—an unmentionable subject that gripped his imagination from earliest childhood. Decades later, spurred by the discovery of a cache of desperate letters written to his grandfather in 1939 and tantalized by fragmentary tales of a terrible betrayal, Daniel Mendelsohn sets out to find the remaining eyewitnesses to his relatives’ fates. That quest eventually takes him to a dozen countries on four continents and forces him to confront the wrenching discrepancies between the histories we live and the stories we tell. And it leads him, finally, back to the small Ukrainian town where his family’s story began and where the solution to a decades-old mystery awaits him.

Deftly moving between past and present, interweaving a world-wandering odyssey with childhood memories of a now-lost generation of immigrant Jews and provocative ruminations on biblical texts and Jewish history, The Lost transforms the story of one family into a profound, morally searching meditation on our fragile hold on the past. Deeply personal, grippingly suspenseful, and beautifully written, this literary tour de force illuminates all that is lost, and found, in the passage of time.

“A work of awful, heartbreaking, tragic suspense. A book of the decade, easily, and likely a book of the century.”

“An immensely human tableau in which each witness has a face and each face a story and destiny…rigorous in its search for truth, at once tender and exacting.”

“An excellent memoir…brings to life the struggle of an entire generation.”

“Beautiful and powerfully moving…As suspenseful as a detective thriller and as difficult to put down.”

“Moving…Proves that there are limitless ways of looking at that most inexplicable of human moments.”

“A memorable, insightful book about what can be tragically lost—and ultimately, with persistence, found.”

“[With] a spectacular trail of discoveries, disappointments, and staggering coincidences…Mendelsohn constructs an artful, looping narrative that includes elaborate digressions…The technique pays off, showing how the Holocaust continues to affect people who had no direct experience of it.”

“Both memoir and history, an ambitious and gorgeously meditative detective story that takes him across the globe in search of the lost threads of these few almost forgotten lives.”

“A magnificent and deeply wise book…Mesmerizing…Mendelsohn’s accomplishment is enormous.”

“[Mendelsohn] is a brilliant storyteller.”

“One of the book’s most striking elements is the author’s recounting of the book of Genesis in parallel with his own story, highlighting eternal themes of origins and family, temptation and exile, brotherly betrayal, creation and annihilation.”

“A classicist and formidable literary critic, Mendelsohn performs extraordinary feats of factual and emotional excavation in this finely wrought, many-faceted narrative, a work best described as Talmudic…Mendelsohn’s tenacious yet artistic, penetrating, and empathic work of remembrance recalibrates our perception of the Holocaust and of human nature.”

“A forceful meditation touching on loss, memory, Jewishness, and the vagaries of chance in human life.”