If the Oceans Were Ink
Carla Power 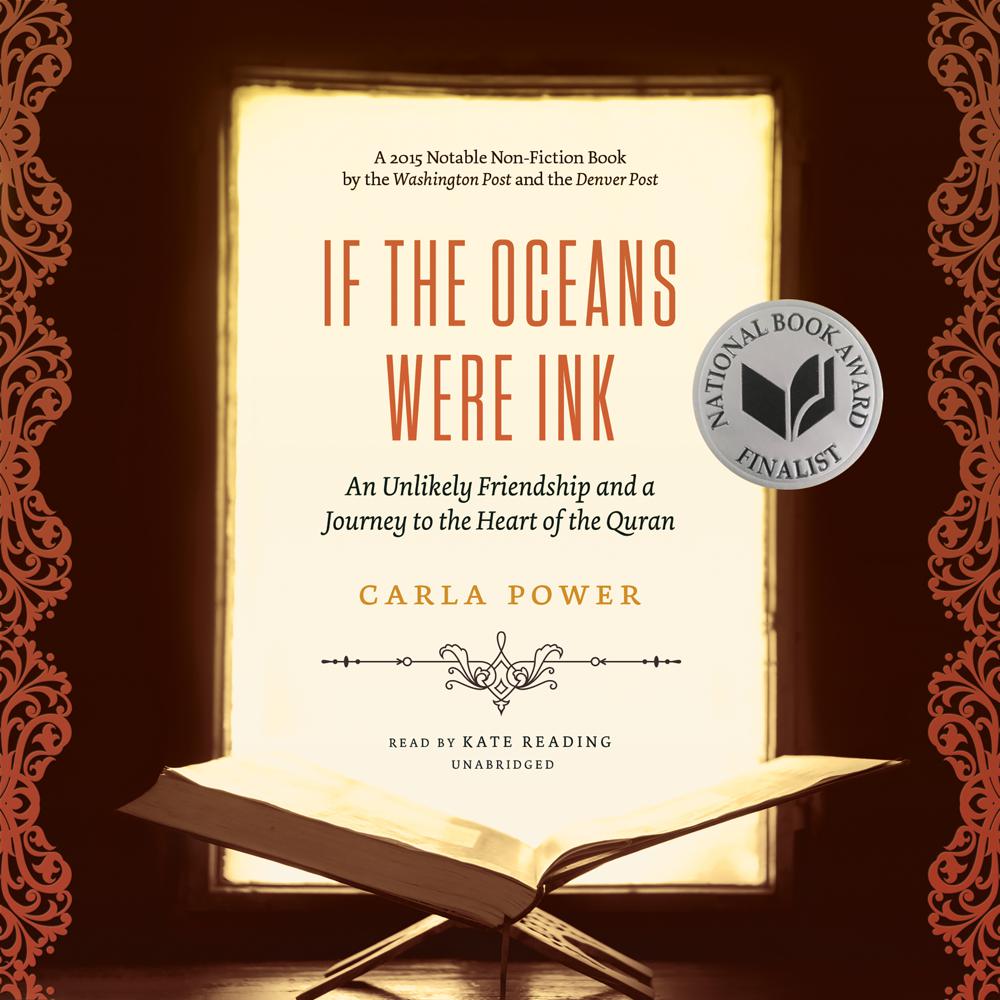 Hailed by the Washington Post as “mandatory reading,” and praised by Fareed Zakaria as “intelligent, compassionate, and revealing,” this powerful journey will help bridge one of the greatest divides shaping our world today.

If the Oceans Were Ink is Carla Power’s eye-opening story of how she and her longtime friend Sheikh Mohammad Akram Nadwi found a way to confront ugly stereotypes and persistent misperceptions that were cleaving their communities. Their friendship—between a secular American and a madrasa-trained sheikh—had always seemed unlikely, but now they were frustrated and bewildered by the battles being fought in their names. Both knew that a close look at the Quran would reveal a faith that preached peace and not mass murder; respect for women and not oppression. And so they embarked on a yearlong journey through the controversial text.

A journalist who grew up in the Midwest and the Middle East, Power offers her unique vantage point on the Quran’s most provocative verses as she debates with Akram at cafés, family gatherings, and packed lecture halls, conversations filled with both good humor and powerful insights. Their story takes them to madrasas in India and pilgrimage sites in Mecca, as they encounter politicians and jihadis, feminist activists and conservative scholars. Armed with a new understanding of each other’s worldviews, Power and Akram offer eye-opening perspectives, destroy long-held myths, and reveal startling connections between worlds that have seemed hopelessly divided for far too long.

“For all those who wonder what Islam says about war and peace, men and women, Jews and gentiles, this is the book to read. It is a conversation among well-meaning friends—intelligent, compassionate, and revealing—the kind that needs to be taking place around the world.”

“A vibrant tale of a friendship…If the Oceans Were Ink is a welcome and nuanced look at Islam [and] goes a long way toward combating the dehumanizing stereotypes of Muslims that are all too common.”

“Engaging…Together [Carla Power and the Sheikh] explore…the significance of veiling and unveiling, the struggle against unjust rulers and jihad, and contemporary wars. Power’s narrative offers an accessible and enlightening route into a topic fraught with misunderstanding.”

“This story is not just about the interactions between two people from very different backgrounds and belief systems. It also, through the experience and the insights from the Sheikh, provides an introduction to Islamic thought and practice…Readers interested in Islam or cultural studies will find this an informative and engrossing work.”

“Their yearlong debates on issues ranging from the veiling of women to calls for fatwas challenged their own understandings of religion, culture, politics, and friendship and offer powerful new insights into Islam.”