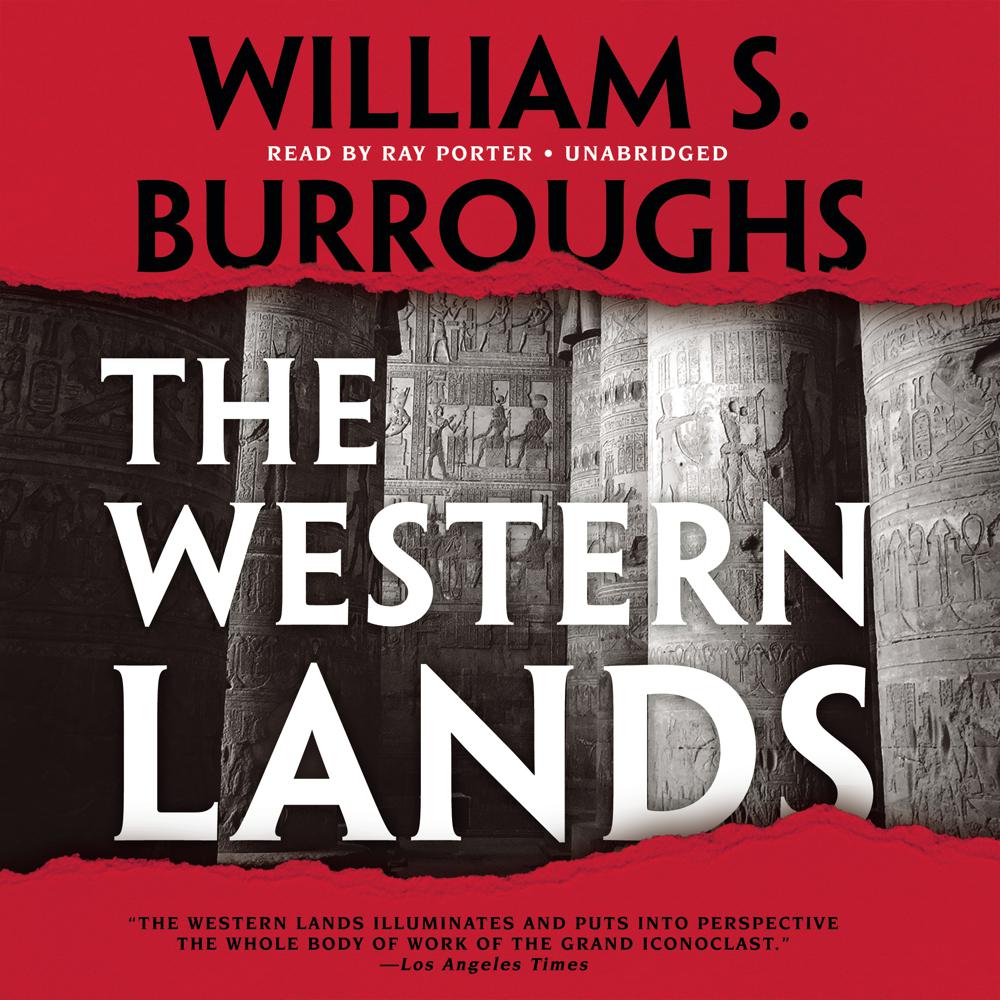 Here is the final novel of Burroughs’ Red Night trilogy, available in audio for the first time.

A fascinating mix of autobiographical episodes and extraordinary Egyptian theology, Burroughs’ final novel is poignant and melancholic. Blending war films and pornography, and referencing Kafka and Mailer, The Western Lands confirms Burroughs’ status as one of America’s greatest writers. The final novel of the trilogy begun with Cities of the Red Night and The Place of Dead Roads is a Book of the Dead for the nuclear age, an astonishing, profound, and revealing meditation on morality, loneliness, life, and death.

“Like nothing else being published in the United States today…Burroughs is one of the most ambitious and original novelists working in America…A remarkable piece of sustained narrative invention, a comic meditation on death in the guise of a novel.”

“The Western Lands illuminates and puts into perspective the whole body of work of the Grand Iconoclast, who has altered the concept of the novel more powerfully—some would say ‘violently’—than any other writer of his time.”

“Burroughs’ visionary power, his comic genius, and his unerring ability to crack the codes that make up the life of this century are undiminished.”

“The trilogy…is completed here, and the result is a divine comedy….A significant work on its own merits…Burroughs speaks more directly than usual, sometimes in the guise of old, forgotten novelist William Seward Hall, sometimes forthrightly and freely in his authorial voice. As a result, Burroughs fans will find this narrative vivid, horrifying, beautiful, and sad.”

“The title refers to the place in ancient Egyptian mythology where souls journeyed in search of immortality. Characters from Burroughs’ earlier works reappear; the dreamlike prose stylistically a mixture of straight-forward and surrealistic narrative…as Burroughs explores such themes as addiction, mortality, the survival of the species, and the quest for eternal life. Essential for all serious literature collections.”