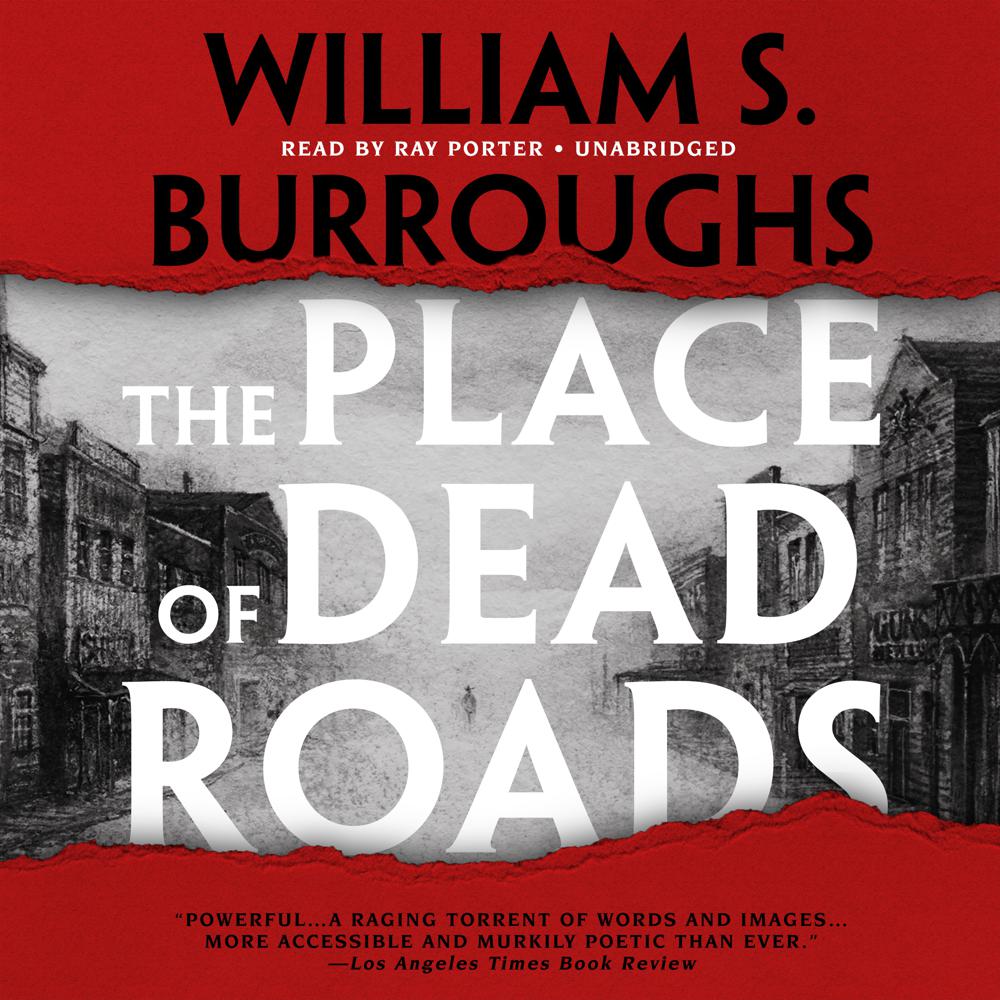 From the beat generation and counterculture author William S. Burroughs comes the second novel of the Red Night trilogy, available in audio for the first time.

This surreal fable, set in America’s Old West, features a cast of notorious characters: the Crying Gun, who breaks into tears at the sight of his opponent; the Priest, who goes into gunfights giving his adversaries the last rites; and the Nihilistic Kid himself, Kim Carsons, a homosexual gunslinger who, with a succession of beautiful sidekicks, sets out to challenge the morality of small-town America and fight for intergalactic freedom.

Fantastical and humorous, The Place of Dead Roads continues Burroughs’ exploration of society’s controlling forces—the state, the church, women, literature, drugs—with a style that is utterly unique in twentieth-century literature.

“Powerful…A raging torrent of words and images…Burroughs, like Dalí, first draws from his insanity, then selects with reason. And what a master of the mother tongue he is—sculpted sentences, poetic prose, riffs that make you gasp in amazement…More accessible and murkily poetic than ever.”

“One of the wildest rides into the Wild West, and other parts known and unknown, we will ever have.”

“A moving personal saga as well as a record of revolutionary vision.”