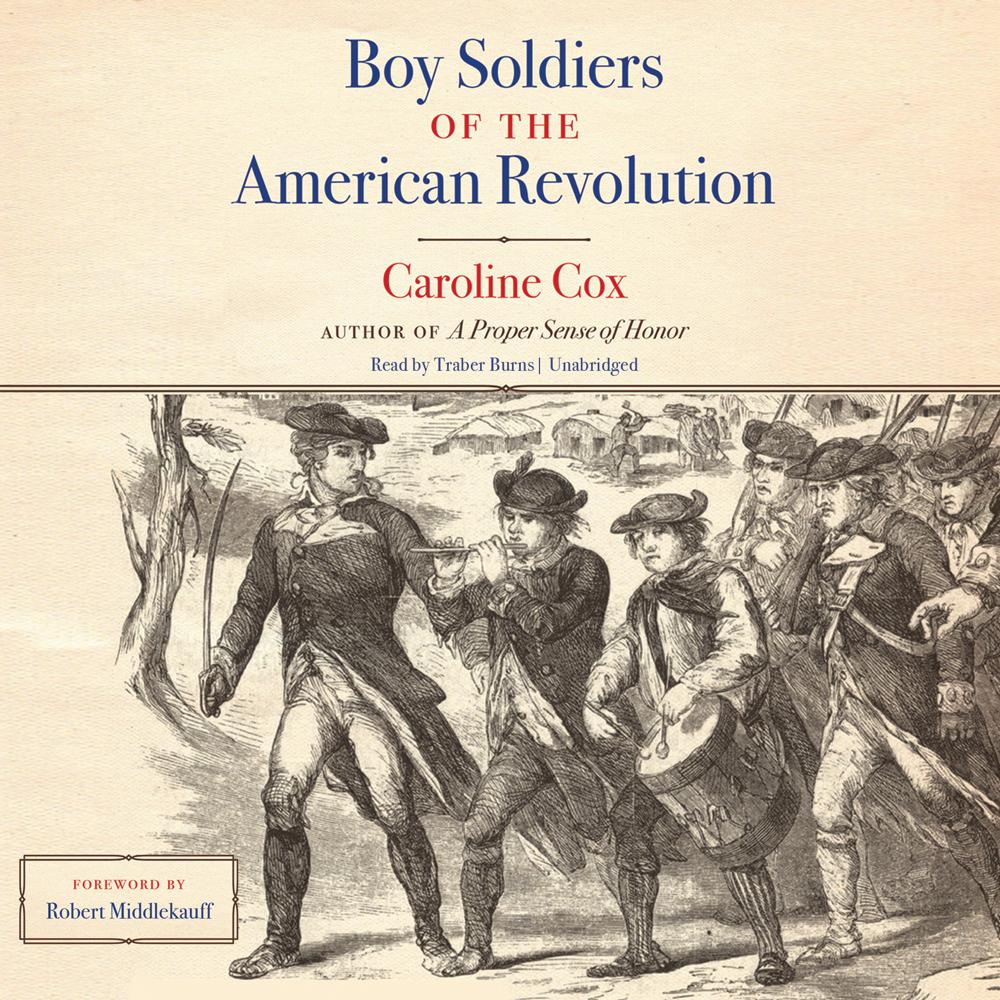 Between 1819 and 1845, as veterans of the Revolutionary War were filing applications to receive pensions for their service, the government was surprised to learn that many of the soldiers were not men but boys, many of whom were under the age of sixteen and some even as young as nine. In Boy Soldiers of the American Revolution, Caroline Cox reconstructs the lives and stories of this young subset of early American soldiers, focusing on how these boys came to join the army and what they actually did in service. Giving us a rich and unique glimpse into colonial childhood, Cox traces the evolution of youth in American culture in the late eighteenth century, as the accepted age for children to participate meaningfully in society—not only in the military—was rising dramatically.

Drawing creatively on sources such as diaries, letters, and memoirs, Caroline Cox offers a vivid account of what life was like for these boys both on and off the battlefield, telling the story of a generation of soldiers caught between old and new notions of boyhood.

“Expertly detailing the social fabric of the founding era, this work should be placed next to the likes of Woody Holton’s Forced Founders, Carol Berkin’s Revolutionary Mothers, and Gary B. Nash’s The Unknown American Revolution. Highly recommended for readers interested in the American Revolution and children’s history, as well as those seeking a different perspective on why people fight in wars.”

“Narrator Traber Burns skillfully uses his deep voice in reading this fascinating account…Burns’ delivery is controlled and clear, moving at a steady pace that is easy to follow. He provides just the right amount of inflection to keep listeners interested.”

“Vividly re-creating both the lived experience and shifting cultural significance of boy soldiers, Caroline Cox offers a rich account of what military service meant to boys and those around them. Persuasive and effective, this book will become the standard work on boy soldiers in the eighteenth and early nineteenth centuries.”

“Boy Soldiers of the American Revolution explores, both narratively and analytically, questions surrounding the service of boys in the Continental army during the Revolutionary period. The stories are wonderful, and they leap out of the chapters to help make the period come alive. This book is a testament to Cox’s prowess as a scholar.”