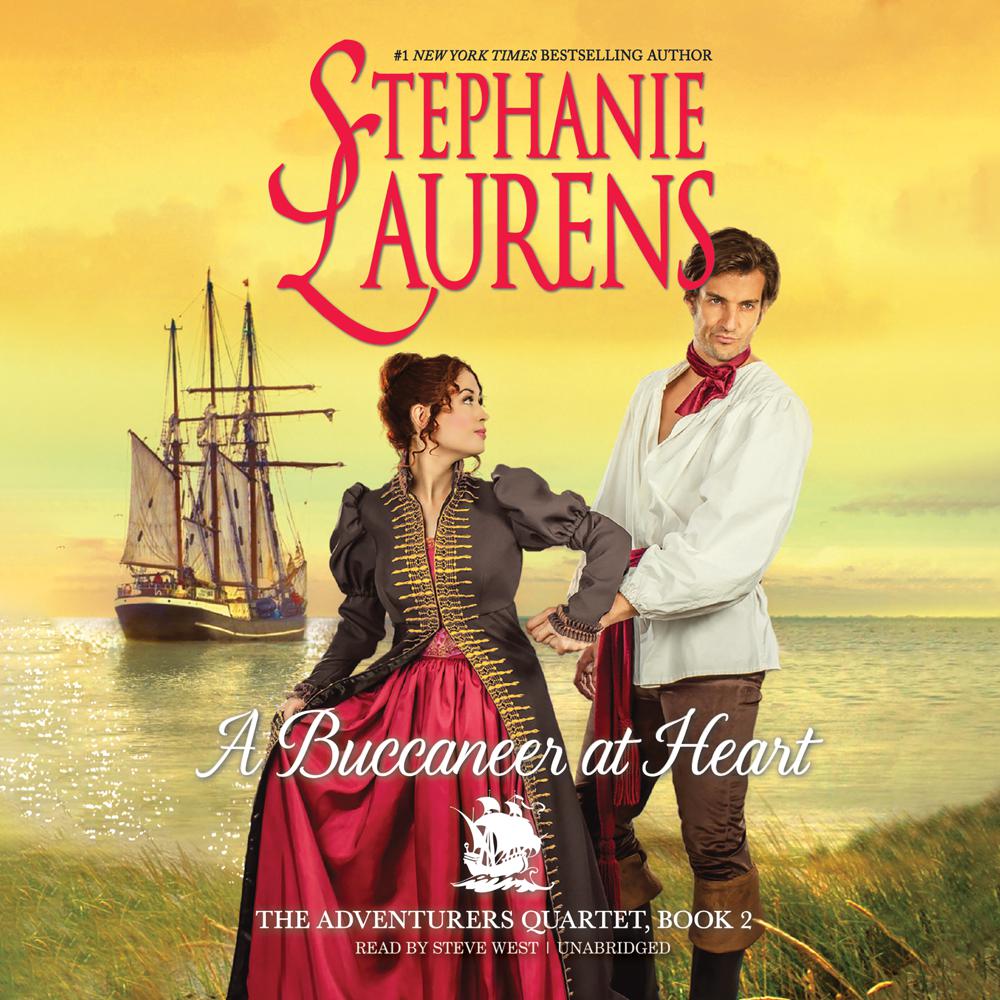 Unexpected love—plus passion, intrigue, and danger—challenge our hero to embrace his true nature.

#1 New York Times bestselling author Stephanie Laurens continues the Adventurers Quartet, a riveting blend of Regency-era high seas adventure, a mystery shrouded in the heat of tropical jungles, and the passionate romances of four couples and their unexpected journeys into love.

After a decade of captaining diplomatic voyages for Frobisher Shipping alongside covert missions for the Crown, Captain Robert Frobisher decides that establishing a home—with hearth and wife—should be his next challenge. But an unexpected mission intervenes. Although Robert sees himself as a conservative businessman-cum-diplomat and this mission is far from his usual sphere, it nevertheless falls within the scope of his abilities. As matters are urgent, he agrees to depart for West Africa forthwith. To Robert, his way forward is clear: get to Freetown, determine the location of a slavers’ camp, return to London with the information, and then proceed to find himself a wife.

Already in Freetown, Miss Aileen Hopkins is set on finding her younger brother Will, a naval lieutenant who has mysteriously disappeared. Determined and resolute, Aileen is not about to allow anyone to turn her from her path. But all too quickly, that path grows dark and dangerous. And then Robert Frobisher appears and attempts to divert her in more ways than one.

Accustomed to managing diplomats and bureaucrats, Robert discovers that manipulating a twenty-seven-year-old spinster lies outside his area of expertise. Prodded by an insistent need to protect Aileen, he realizes that joining forces with her is the surest path to meeting all the challenges before him—completing his mission, keeping her safe, and securing the woman he wants as his wife.

But the villains strike and disrupt their careful plans—leaving Robert and Aileen no choice but to attempt a last throw of the dice to complete his mission and further her brother’s rescue. Compelled to protect those weaker than themselves and bring retribution to a heartless enemy, they plunge into the jungle with only their talents and inner strengths to aid them—and with the courage of their hearts as their guide.

The first voyage is one of exploration, the second one of discovery. The third journey brings maturity, while the fourth is a voyage of second chances. Continue the journey and follow the adventure, the mystery, and the romances to the cataclysmic end.

“A wild ride of peril and passion…keeping readers on the edge of their seats with well-paced intrigue and unexpected twists and turns that make the pages fly. The chemistry between the hero and heroine makes for rising sexual tension, delivering what Laurens’ fans adore.”

“Laurens’ delicious second Adventurers Quartet Regency romance introduces protagonists whose compatibility develops from their matched wits and bravery, making them charming collaborators…Laurens deftly balances action with dialogue and description, creating an intriguing and suspenseful novel that is equally effective whether read as a sequel or on its own.”