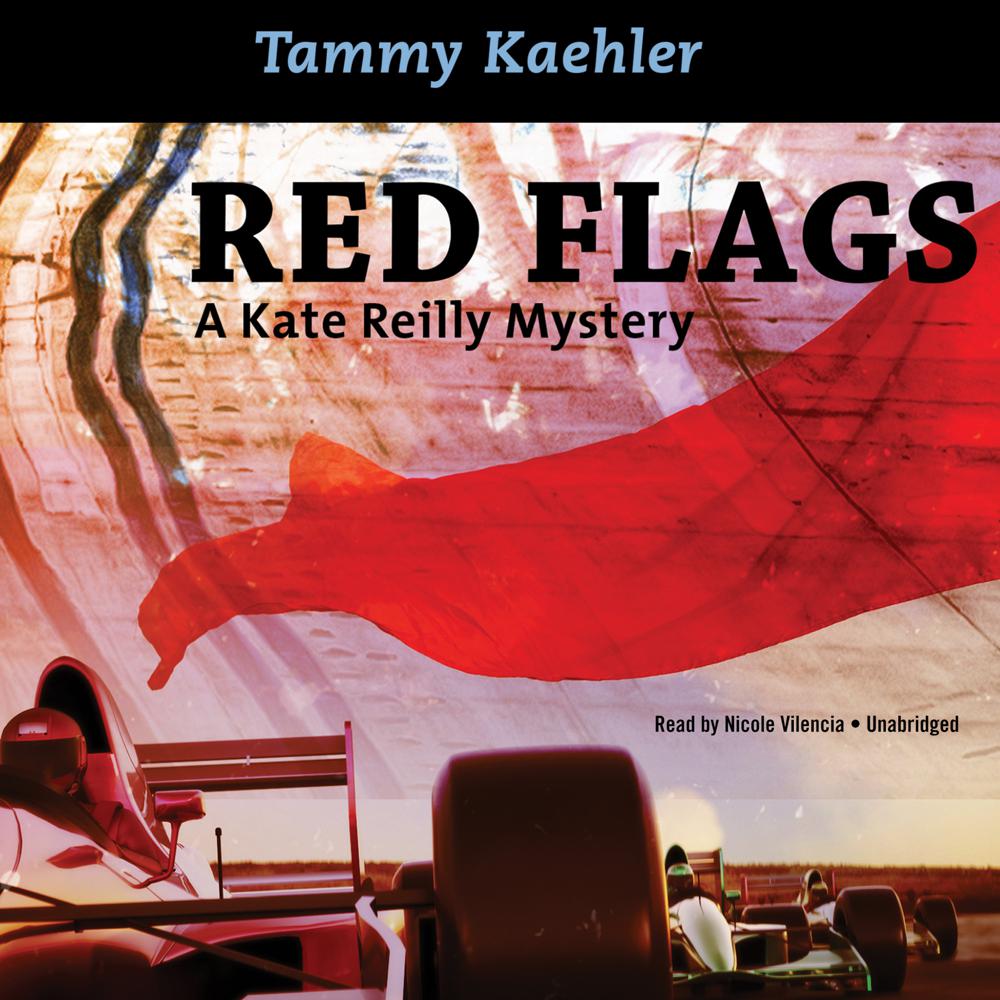 When Kate Reilly arrives in Long Beach, California, a week ahead of the Grand Prix, she is immediately plunged into a new social scene―as well as a murder investigation.

Her cousin Billy is found dead, with Kate’s card in his pocket. The cops want to know why, and sponsors and race organizers―anxious to keep racing’s image clean―want Kate to investigate. Doubting she can solve another murder, especially that of a relative she despised, Kate reluctantly agrees. At the same time, coaching a gorgeous and talented actress for a celebrity race brings Kate into the orbit of Hollywood’s hottest bachelor. And then a local FBI agent takes notice of more than her driving and sleuthing skills.

She goes from Sony Studios to Venice Beach and from Rodeo Drive to the Hollywood Hills, attending parties, power shopping, and dodging unwelcome paparazzi. Kate’s ballooning media exposure generates national commentary, testing her composure and forcing her to get ahead of the stories―whether critical or flattering.

Kate’s professional dreams are also coming true. The upcoming Grand Prix is her first race with a new sponsor that is also funding an IndyCar test drive and a ride in next year’s Indy 500―along with future possibilities in NASCAR. The downside? New sponsor Frame Savings is owned by her family, and its management, outside of her long-estranged father, is unfriendly to her—even rivalrous. Kate must stay on her toes as the Long Beach race weekend begins.

She’s negotiating the next steps in her career, driving two race cars and coaching a third, discovering more about the disreputable members of her father’s family than she wanted to know, and juggling questions and murder suspects. On the track, red flags fly to warn her of danger. Off track, Kate struggles to interpret warning signs and stay out of a killer’s grasp.

“Kaehler’s exciting, pedal-to-metal fourth Kate Reilly mystery takes the race car driver to California…Kaehler keeps the suspense high as she shifts among Kate’s turbulent history with her father and his family, the investigation of Billy’s murder, the Hollywood scene, and the anticipatory buildup to the big race…Everyone will root for Kate, a strong, likable heroine, all the way to the finish line.”

“The author has a sprightly, engaging style…Kate is a charming heroine in an unusual career…Readers looking for a new amateur-sleuth series—especially those who find the car-racing frame intriguing—should definitely check out the Kate Reilly mysteries.”

“In the fourth in this character-driven series, Kaehler complements its exploration of Kate’s problems and triumphs with a better mystery and plenty of suspects you love to hate.”

“The protagonist is a race car driver, and in reading this mystery, you learn about the ‘mechanics’ of being in the racing world. The plot is well-paced and the dialogue is sassy. A fun read.”