No Dream Is Too High
Buzz Aldrin 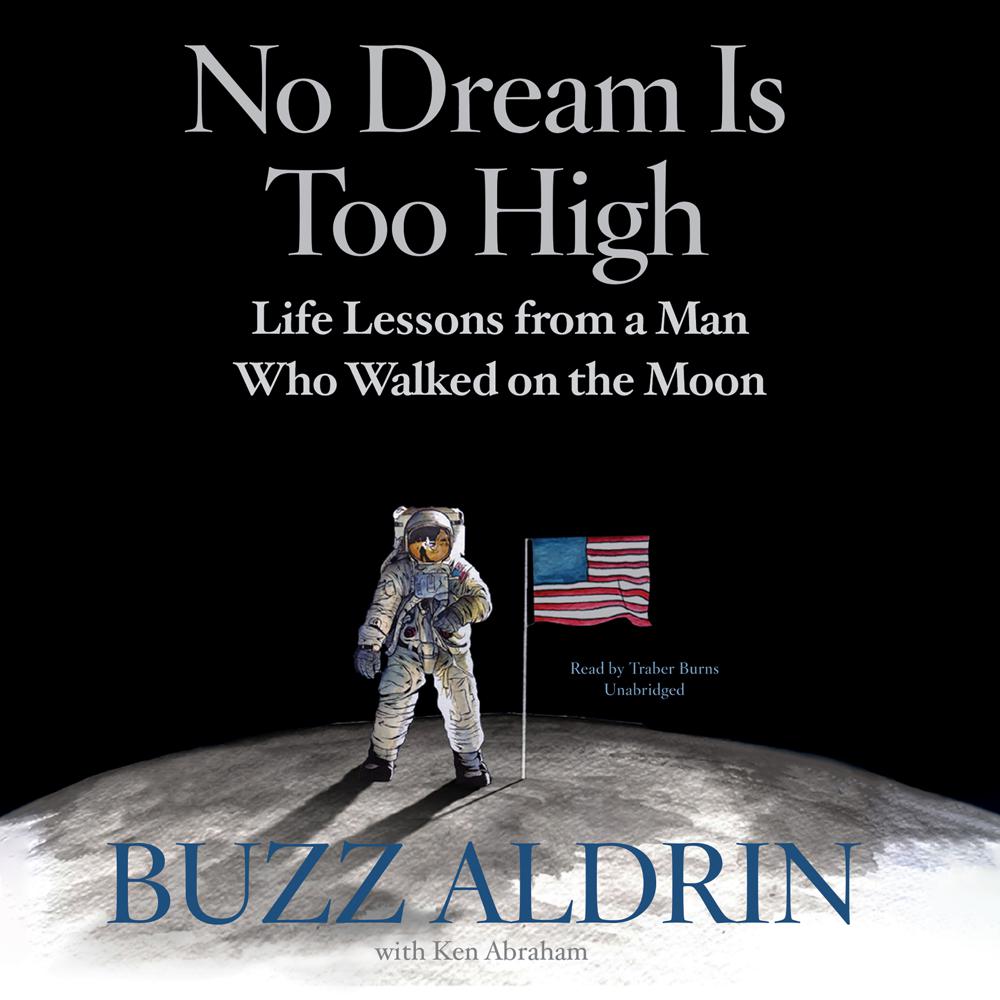 Everywhere he goes, crowds gather to meet Buzz Aldrin. He’s a world-class hero, a larger-than-life figurehead, and the best known of a generation of astronauts whose achievements surged in just a few years from first man in space to first men on the moon. Now he pauses to reflect and share what he has learned, from the vantage point not only of outer space but also of time: still a nonstop traveler and impassioned advocate for space exploration, Aldrin will be eighty-six in 2016.

No Dream Is Too High whittles down Buzz Aldrin’s event-filled life into a short list of the principles he values, each illustrated by fascinating anecdotes and memories, such as:

Second comes right after first. NASA protocol should have placed Buzz Aldrin on the moon first, but rules changed just before the mission. Buzz discusses how he learned to be proud of being the second man on the moon.Look for opportunities, not obstacles. Buzz was rejected the first time he applied to be an astronaut. Failure is an opportunity to learn to do better.Always maintain your spirit of adventure. For his eightieth birthday, Buzz went diving in the Galapagos and hitched a ride on a whale shark. He stays fit, energetic, and fascinated with life.

No Dream Is Too High is a beautiful memento, a thought-provoking set of ideas, and a new opportunity for Buzz Aldrin to connect with the masses of people who recognize his unique place in human history.

“Aldrin is just as candid about his disappointments, struggles, and failures as he is about his extraordinary achievements, and this is what makes his story so appealing.”

“Aldrin has learned a lot over the course of his long, eventful, and complicated life, and he’s sharing some of the most important lessons…aimed at people of all walks of life.”

“Aldrin combines leadership lessons with behind-the-scenes stories from his Apollo 11 moonwalk (including the speech President Nixon prepared should the mission have been unsuccessful) in this engaging cross between biography and self-help…Everyone, whether a student or a seasoned CEO, will find something to take away from this inspiring work

“Fans of the Apollo space program, readers who admire Aldrin, and those who are just learning about him will all enjoy and benefit from this modest book.”

“An inspirational account…Anecdotes about brushes with death as a fighter pilot or the ability to remain calm during technical glitches experienced in flight convey why Aldrin is regarded as an American hero. Also described are the many trials Aldrin has faced, including career missteps and struggles with depression and alcoholism…In a candid and no-nonsense style, the author urges readers not to settle for what is easiest but to strive for what seems impossible…Aldrin’s journey will engage space exploration enthusiasts, and his motivational advice will connect especially well with young adults.”

“[A] hybrid of memoir and motivational self-help guide.”

“Narrator Traber Burns’s voice has a nasal tinge and a broad, round timbre. With his clipped intonation and insistent tone…he makes sure that we think about every one of Aldrin’s nuggets of wisdom.”