In the Teeth of Adversity
Marian Babson 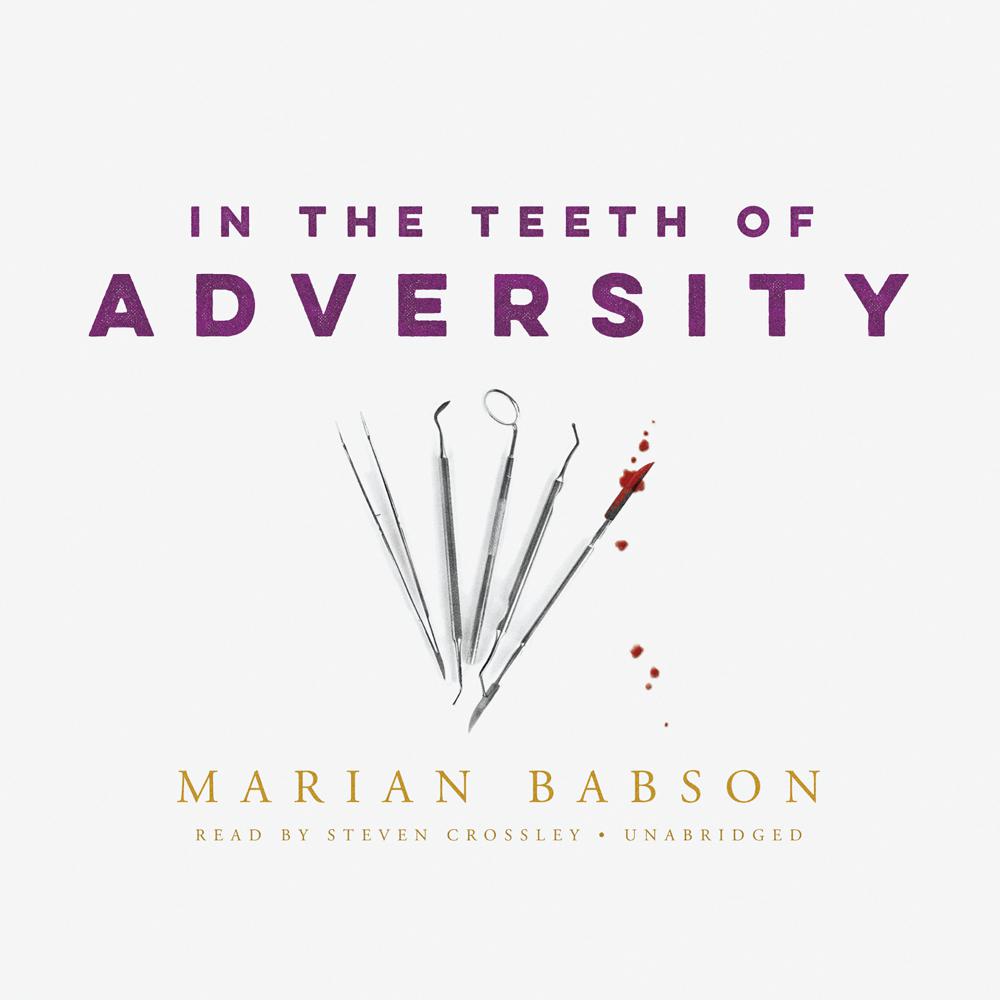 Doug Perkins, his partner Gerry, and their cat, Pandora, have one job to do: spin gaffes into gold. But this cozy little London PR agency—a better environment for Pandora than profits—is about to be involved in a disastrous affaire dentaire. Endicott Zayle, dentist to the rich and famous—as well as to Doug and Gerry—has a problem of royal proportions. He just killed a beautiful woman with an experimental anesthetic. Or did he?

By the time Doug arrives on the scene, the corpse is up and walking around—and someone else is dead instead. With Endicott losing his grip, and a line of women all claiming personal interest in the deceased, scandal is afoot. And so is a second dose of murder. For Doug, Perry, and Pandora, making this mess look good will mean sorting through an old man’s madness, a young man’s foolishness, and a tooth-and-nail case of cat fighting—no holds barred.

“Those who dread the dentist’s chair will crack a smile at this uproarious fourth and final volume in Babson’s Perkins and Tate series…A hilarious cast of characters…This is a Mad Hatter’s tea party in the dental surgery, with murder thrown in and a Siamese cat taking the role of the dormouse, pouncing at opportune moments. Sparkling comedy.”

“Fans of Babson’s mysteries will find this comparable to her other novels, as it’s a witty, often wildly ridiculous whodunit in the dentist’s office. As usual, her pet sleuths bumble about with some serious thought; here they manage to unravel the story behind the death of their dentist’s partner. They are aided by a very strange host of characters who occupy the waiting room and provide a humorous dialogue that is decidedly British.”