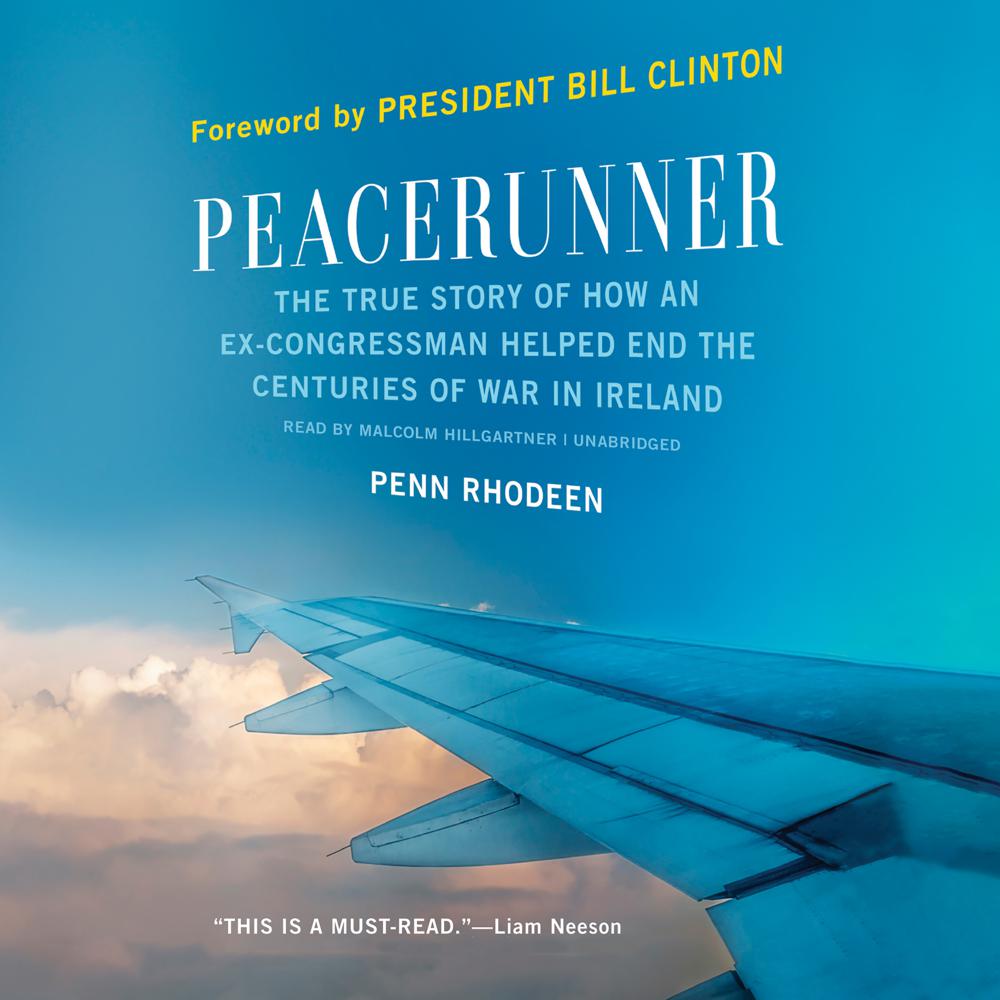 This is the true story of an unknown American politician who played a critical role in ending centuries of conflict in Northern Ireland. Without the president’s permission, and breaking every conventional rule about how to deal with terrorists, former congressman Bruce Morrison helped end a conflict that most observers thought would continue indefinitely.

This is the inside story of how centuries of warfare finally ended, thanks to one inspired politician.

Warfare, ranging from active hostilities to seething tension, was the norm between the Irish and the English since the 1100s. During the thirty years from the start of the Troubles to the 1998 Good Friday Agreement, over 3,000 Irish and British nationals were killed. Many celebrated the famous Good Friday Agreement that put an end to one of the longest-standing conflicts in the world, but just a handful knew the full story of one American and the crucial role he played in winning peace—and none knew it better than Penn Rhodeen.

In a narrative that grips the listener from the beginning, Rhodeen recounts Bruce Morrison’s heroic peacemaking efforts in lively prose and rigorous detail. A natural storyteller, Rhodeen offers listeners the chance to step into modern political history for an up-close look at Morrison’s remarkable journey. Follow Morrison as he persuades Clinton to create a positive political climate in America and makes the connections necessary in Ireland and Britain to help win the IRA ceasefire and enact a solid, lasting peace.

With an introduction by President Bill Clinton and cameos from Tony Blair, George Mitchell, Gerry Adams, Jean Kennedy Smith, John Major, and other larger-than-life figures, Rhodeen dramatizes events that have somehow receded into the past without getting their due. Peacerunner is the story of how one man changed world history and the modern political landscape.

Bruce Morrison’s story is one of unlikely optimism in the face of seemingly hopeless conflict. Peacerunner has the power to inspire readers from all walks of life and spark new dialogue about how best to lend aid in countries afflicted by unending war.

“As I read Penn Rhodeen’s skillful account of Bruce’s role in the successful march toward the Good Friday Agreement, it wasn’t the ending—a historic peace accord that moved Northern Ireland from warfare to politics—but the remarkable effort by all parties to secure it that kept me reading from start to finish.”

“This gripping and wonderful story is personal for me. I was born and raised in Northern Ireland and as I started my professional acting career in Belfast, the violence of the Troubles was raging. Bruce Morrison and the other heroes (unsung to my mind) of this terrific book accomplished the seemingly impossible and ultimately miraculous! The world needs more stories like this and more men like this. This is a must-read.”

“This is a great and important story, thrilling and beautifully written, about how the world gets better.”

“Peacerunner is a riveting account of the nonviolent tactics used to bring peace to Northern Ireland. Bruce Morrison is a true humanitarian devoted to reconciliation. His commitment to justice and the highest use of political service is an inspiration to us all.”