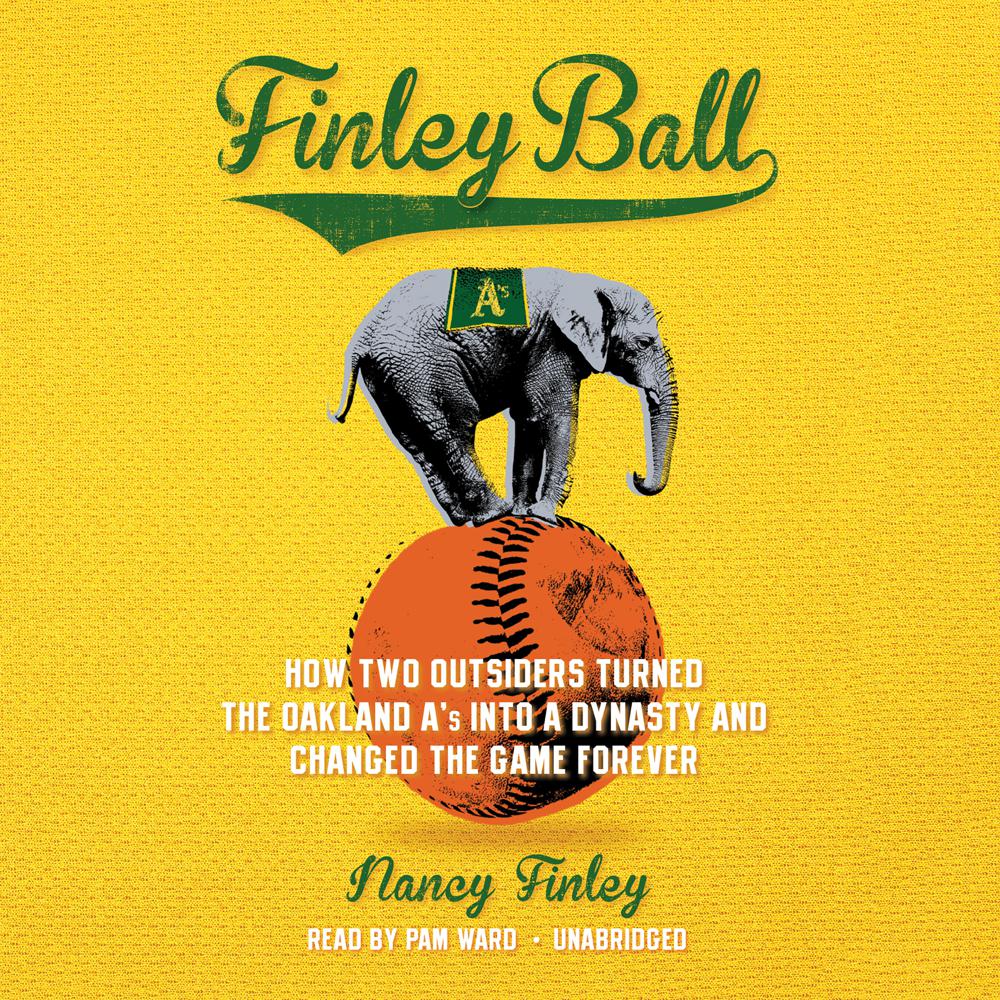 When Charlie Finley bought the A’s in 1960, he was an outsider to the game—an insurance businessman with a larger-than-life personality. He brought his cousin Carl on as his right-hand man, moved the team from Kansas City to Oakland, and pioneered a new way to put together a winning team. With legendary players like Reggie Jackson, Catfish Hunter, and Vida Blue, the Finleys’ Oakland A’s won three straight World Series and riveted the nation.

Now Carl Finley’s daughter Nancy reveals the whole story behind her family’s winning legacy—how her father and uncle developed their scouting strategy, why they employed odd gimmicks like orange baseballs and “mustache bonuses,” and how the success of the ’70s Oakland A’s changed the game of baseball.

“In June 1960, Chicago insurance salesman Charles Finley was an unlikely candidate to buy the St. Louis Athletics’ baseball club. When he shockingly outbid legendary sportswriter and nemesis Ernie Mehl, nobody imagined that he would put together a good team—let alone a baseball dynasty. Finley wasn’t afraid to make moves and his determination paid off. After making aggressive deals and bringing in his cousin Carl as his advisor, the Athletics won three consecutive World Series, between 1972 and 1974…Author Finley (Charles’ niece) gives the reader a behind-the-scenes look at the extraordinary age of baseball…Finley’s impact on the sport is still legendary to this day.”

“Nancy Finley tells what she sees as the story—or rather, stories—behind the dynasty that was the Oakland A’s in the early 1970s. Narrator Pam Ward uses gruff voices for the men involved and clear diction throughout. Her animated narration keeps the stories fun….[and] Ward’s reading gives decent glimpses of the colorful team owner.”

“From the Charlie Finley dynasty years, to Billy Martin’s Billy Ball years, Nancy Finley reveals the inner workings of one of baseball’s greatest franchises and offers insights into the creative genius of one of its most colorful owners.”

“If there was a Major League Baseball Hall of Fame for multitasking, the first member would be Carl Finley of the Oakland A’s. When I arrived on the scene in 1980, Carl was a one-man front office. Tickets, stadium operations, broadcasting, public relations. You name it, he did it—with quality and class.”

“Finley almost single-handedly saved baseball in the early 1970s with his showmanship and charisma, and, ultimately, his love and understanding of the game. And he built perhaps the best baseball team ever assembled and changed the game for the better.”