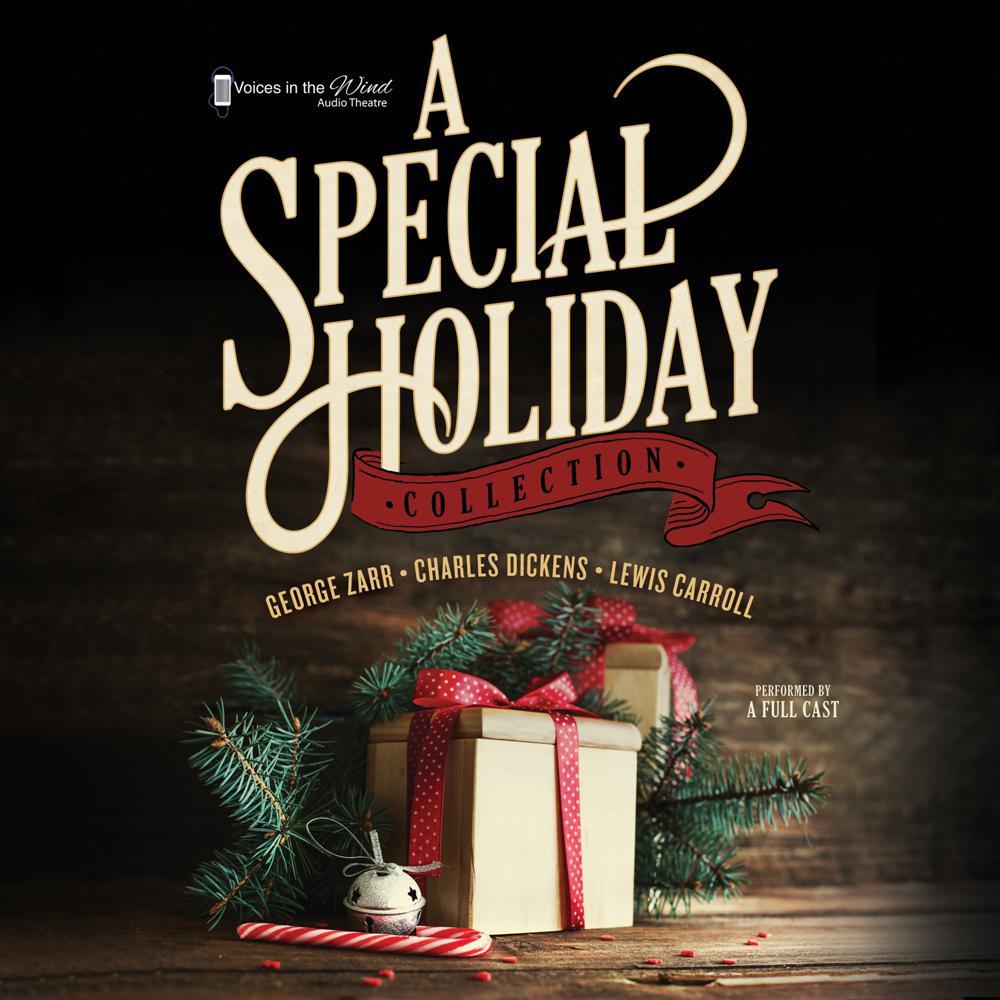 This is the perfect stocking stuffer for the audiobook lovers on your list. This special holiday collection features three entertaining and delightful stories for the entire family to enjoy.

The Spirit of Christmas Day (The First Noelle Productions) by George Zarr is an uplifting and humorous story filled with an inspirational message of hope. John, a stressed-out working father, embarks on a journey of reconnection with the true meaning of today’s Christmas. This is a new holiday tradition featuring a full cast of characters, music, and sound effects. Also includes The Week After It’s Christmas Day.

A Christmas Carol by Charles Dickens tells the classic tale of a miserly man who comes to realize the true spirit of Christmas. This recording features virtuoso performances from the entire cast, riveting sound effects, and original music.

Alice in Wonderland by Lewis Carroll comes to life again in this dramatized version of the timeless classic, with stellar performances by Georgia Lee Schultz as Alice, and multi-award-winning Barbara Rosenblat as the Mouse, Duchess, Cheshire Cat, and the Queen. This version features a full cast of characters, music, and sound effects.

FEATURING KEITH BURNETT AS THE DAD

BARBARA ROSENBLAT AS THE MOUSE, DUCHESS, CHESHIRE CAT, AND THE QUEEN

‘My Garden Back Home’ music and lyrics by George Zarr, performed by Georgia Lee Schultz, used by permission

“The Queen, the Duchess, the Dormouse, and the Mad Hatter. Award-winning voice actor Barbara Rosenblat leads an able cast in giving proper nineteenth-century accents and voices to all our favorite iconic characters from one of the most beloved children’s classics in the English language. Energetic newcomer Georgia Lee Schultz provides Alice with an updated and nicely understandable American accent and is especially good with the many whispered asides that stitch this adapted version together. For many, Alice in Wonderland is a special cultural touchstone, even with all the commercials, videos, and pop songs that refer to it, so it is always refreshing to hear the language and intended story of the original.”

“Perfect from the first sentence to the very last.”

“Zarr and Dupuis’ production for the Canada-based Voices in the Wind Audio Theatre was notable for its lack of sentimentality: despite the happy ending, they emphasized the significance of Christmas as the time of year when individuals should take a long hard look at themselves and consider whether they need to reform. Would that everyone could follow Scrooge’s example.”

“I wanted to take this opportunity to thank all of you for the work that went into The Spirit of Christmas Day…I’m sure many other families with similar stories all over the (broadcast) area that LIFE covers were able to share this important message with their loved ones because of your efforts.”